The Fault in the Cult of John Green — Kill Your Darlings

The Fault in the Cult of John Green 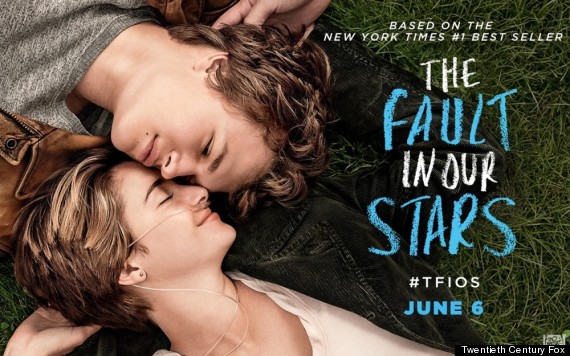 I like John Green as much as the next YA-aficionado. I’ve snot-cried through his books, and chuckled over his YouTube videos. But now it’s time to talk about the media-led oversaturation of John Green, and the insulting way he’s been heralded as the saviour of young adult fiction.

Green burst onto the YA scene in 2005 with his debut novel, Looking for Alaska, which won the Michael L. Printz Award. He and his brother Hank started the Vlogbrothers YouTube channel together, and now have over two million ‘Nerdfighter’ followers. The brothers’ popularity reached fever pitch last year, when they sold out Carnegie Hall.

As well as being an internet sensation, John Green has been steadily releasing YA bestsellers, four of which are currently in the Top 10 on the New York Times Bestseller list. His latest book, The Fault in Our Stars, has been in the #1 spot for 73 weeks. Its upcoming film adaptation is being hyped as one of the biggest films of 2014.

In April this year, Green made TIME Magazine’s list of the 100 Most Influential People. Actress Shailene Woodley, who stars in the film, wrote of him, ‘I would go so far as to call him a prophet. No, not a prophet in a biblical sense. Don’t freak out. More a prophet in a universal, all-things-connected sort of context.’

Online responses to Green’s accolade were scornful. One female reader asked via Twitter ‘Why, in a genre whose audience is mostly female, and whose writers are in majority women, is it John Green we are hailing as a ‘prophet’?’ Another asked ‘Does YA actually need a White Knight?’ and implored readers to ‘just talk about the books and let’s pay no attention to the white dude behind the curtain.’ More backlash came when the hashtag #ladyprophets started trending on Twitter, calling attention to the many underappreciated female YA authors deserving of praise. In labelling John Green a literary deity, Woodley provoked a hornet’s nest of issues surrounding his popularity, primarily accusations of sexism and whitewashing in the young adult scene.

Generally, Green’s books have an unfortunate lack of racial diversity. The charge of whitewashing was magnified when Green was added to the already white male-dominated 2014 BookCon line up. Green’s presence was a coup for the convention’s organisers, but rapidly became a publicity catastrophe. Queried by Parade about the backlash he received for the BookCon ‘fiasco’ and diversity in general, Green expressed a desire to help promote diversity in youth literature, while admitting, ‘I do not know the solution to this problem – this is a big, complicated problem!’

John Green addressed the concerns of sexism last year, in a Tumblr post titled ‘The Fault in Our Stars has not been successful because I am male’. The covers of most YA books by female authors are ‘prettified’ to appeal primarily to a female readership. Green credited his editor for ensuring his love story wasn’t given ‘a pink cover with a decapitated girl’s head’. Green also noted his publicist had ensured The Fault In Our Stars crossed the desks of influential adult literary critics.

The New York Times falsely implied that Green invented ‘realistic stories told by a funny, self-aware teenage narrator’. It’s not Green’s fault that he’s a man, or that he’s the only YA author currently receiving this level of media adoration. However, the genre is filled with other talented and inspiring authors. The majority of these authors are female, and are largely ignored.

Green’s treatment is reminiscent of the media gender bias that occurred in 2010 with the ‘overcoverage’ of Jonathan Franzen’s Freedom. Franzen himself conceded in a Telegraph article, ‘When a male writer simply writes adequately about family, his book gets reviewed seriously, because: ‘Wow, a man has actually taken some interest in the emotional texture of daily life’, whereas with a woman it’s liable to be labelled chick-lit.’ The same could be said of John Green right now, but this ‘overcoverage’ isn’t his fault. The media are turning Green into the inventor, prophet and saviour of contemporary YA fiction, but they’ve only started paying attention to the genre because of his record-breaking sales success.

The popularity and talent of John Green should prompt the media to seek out other outstanding young adult authors, and start treating them with the same level of literary respect Green is receiving. Yes, he’s a damn good writer but Green isn’t a saviour because contemporary YA doesn’t need saving – we have plenty of talented (if under-recognised) author-heroes already, thank you very much.