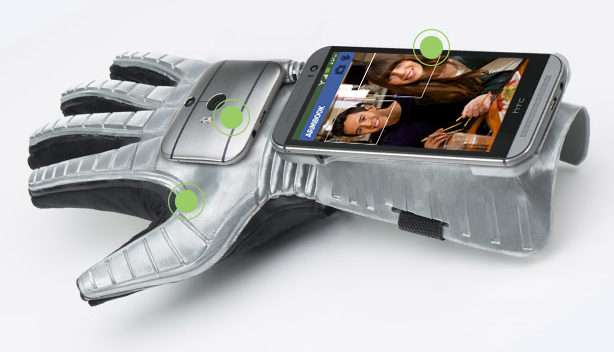 As I browsed the web last Tuesday, something struck me: tech companies can no longer pull off compelling April Fools’ Day hoaxes because there’s no longer even the thinnest line delineating sincerity from spoof.

Samsung’s April Fools’ hoax this year was a ‘wearable glove’ dubbed ‘Samsung Fingers’, a perplexing ‘prank’ considering the company are already shilling smartwatches that are just as ridiculous. HootSuite, meanwhile, fooled users into believing they were working on a service designed to be used with virtual reality headset Oculus Rift, which would also be suitably silly if it weren’t for the fact that Facebook just spent $2 billion non-joke dollars acquiring Oculus VR and have very serious plans to incorporate virtual reality technology into their social network.

It hasn’t always been this way. Sure, pranking has been an integral part of startup culture for at least fourteen years – ever since Google laid the ground rules for ‘big tech’ self-parody when they unveiled ‘psychic search engine’ MentalPlex on April Fools’ Day in 2000 – but things feel different now. All of Google’s early hoaxes succeeded because they were either far-fetched (à la the 2004 announcement that Google were planning a Moon-based ‘hosting and research centre’) or patently absurd (à la the 2007 unveiling of a service called Google Paper that would have involved Google mailing printed-out emails via traditional post). Nobody reasonable would have ever assumed, for instance, that Google really used pigeons to power their search engine, as they so proudly proclaimed in April 2002.

In 2014, though, Google is a company that is seriously working on contact lenses that connect to the internet and a wireless network that takes the form of thousands of balloons that float through the stratosphere. Even Google’s old pranks are metamorphosing, slowly but surely, into real products. Google’s fourteen year-old MentalPlex hoax is now essentially a full-blown product in the form of Google Now, which perpetually tracks your location, schedule, email, and physical activity to ‘accurately return results without requiring you enter a query’ (that last bit is actually from the fake MentalPlex FAQ).

This might explain why Google’s 2014 pranks almost all sounded like entirely plausible products. Take Gmail Shelfie, a bogus feature that would allow users to set their friends’ faces as their Gmail background images… really, why not? And how does WazeDates, a hoax location-aware dating app for drivers, not make total sense, considering Google is now a company lobbying state governments to grant Americans the right to wear computers on their faces while driving?

It seems as though every April Fools’ Day prank is destined to transmogrify into a real product at some point or other. In the first three months of this year, three of the following products were announced by startups; three are hoaxes. Try to figure out which are which:

Give up? Tickle and Beardswipe are the definite hoaxes, while Livr started life as a jape but has received so much legitimate investor attention that the pranksters are strongly considering turning their parody of a dumb startup idea into a real dumb startup product. Smell the Bacon, Crowdpilot and Mod are improbably legit.

Poe’s Law suggests that ‘without a winking smiley or other blatant display of humor, it is impossible to create a parody of Fundamentalism that someone won’t mistake for the real thing’. Perhaps it’s time to introduce a new variant: ‘Even with the aid of all the winking smileys in the world, it’s now impossible to distinguish a parody of 2014 tech culture from the real deal.’