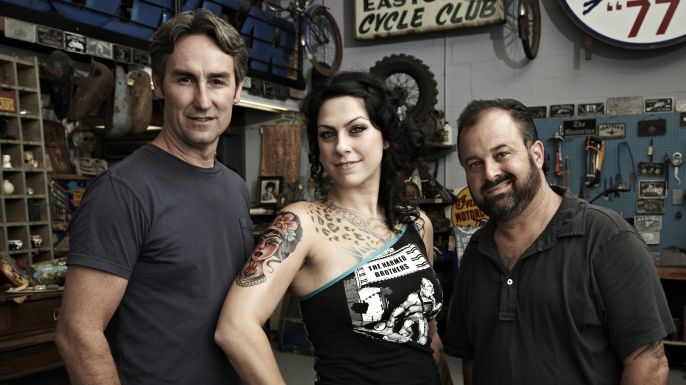 The History Channel’s American Pickers, currently in its sixth season, is one of the most relaxing and enjoyable reality series on TV. It’s not a competition show, it doesn’t exist to objectify people and it isn’t particularly dramatic. So what’s the appeal?

American Pickers follows Mike Wolfe and Frank Fritz as they ‘pick’ their way through privately owned collections of stuff (any kind of stuff). The participants don’t collect antiques in the same way as the guests of Antiques Roadshow or Australia’s Collectors might: rather, they are mostly old guys who’ve been accumulating gas station paraphernalia, car and motorcycle parts, mechanical toys, jukeboxes, postcards, old uniforms, war memorabilia and other ‘Americana’ for decades. To the untrained eye, it all looks like junk, but Mike and Frank will pick through it until they find an old tin robot or a Chevrolet frame that they can purchase at a bargain price and then sell for a profit at their respective antique stores, Antique Archeology and Frank Fritz Finds.

American Pickers feels stereotypically American, without being over the top. My brother recently visited the US for the first time and commented on how familiar it was and how strongly it reminded him of his childhood, even though he’d never been there before. Watching Mike and Frank feels a little like this – the Midwestern homes they visit are so familiar, and seeing a bunch of real people pore over and cherish old ceramic Texaco signage makes me feel like this warm, backwoodsy, nostalgic vision of America could be a reality.

The show is not melodramatic. It doesn’t hook the audience in through dramatic voice-overs or overwrought special effects. It’s at its most compelling when Mike haggles an obscure piece of piping down to thirty bucks, and then resells it in his store for fifty.

Unlike many other reality TV shows, American Pickers doesn’t exploit the vulnerable in order to gain an audience. Shows like Supernanny, Embarrassing Bodies and Hoarding: Buried Alive purport to help participants work through serious life issues, but the real reason they succeed is because we as viewers are simultaneously disgusted and fascinated by other people’s problems.

Rather than making a spectacle of people as other shows would, American Pickers validates people who might otherwise be seen as a little strange. The show mostly focuses on dudes, with the exception of the awesome Danielle Colby, who runs Mike’s shop, organises valuations and sales, and is also a mother, burlesque dancer, fashion designer and ex-roller derby competitor. Even so, the men whose possessions are picked over – obsessive junk collectors who are often in late middle age or elderly – belong to a demographic typically only portrayed on television as peripheral characters or as comic relief.

One collector, Ron (jokingly referred to as the ‘mole man’), had built a series of tunnels reinforced with cinderblocks beneath his home to house his collection of toy trucks, used car parts, and old pictures. The tunnel entrance looked like an exploded mine shaft, and Ron spent the entire episode deep inside a maroon sweater with the hood tightened around his face like an arctic sleeping bag. In another episode, the collector’s shed had been blacked out and festooned with all manner of stringed and rotating lights, illuminating his rare toy collection like a carnival.

That’s why American Pickers is so appealing: its subjects are portrayed humorously, but they are also always real people with precious objects and valuable knowledge to offer. 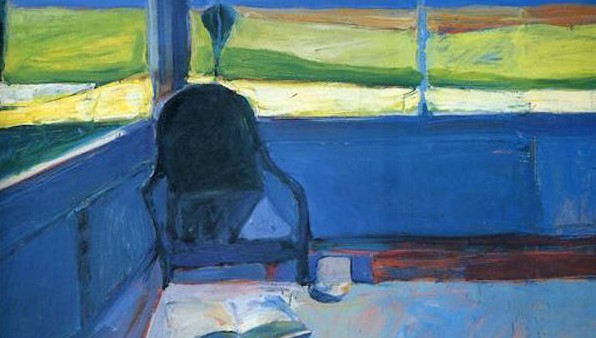