Is the ‘Director’s Cut’ better?

As we reach the business end in another prolific year of film, where critics squabble over their ‘top ten’ lists with excessive pedantry and award-politicking reigns supreme, the case of the ‘director’s cut’ inevitably bubbles to the surface. This often leaks into the public domain when a filmmaker and studio wage war in post-production — the eternal struggle between art and commerce.

The noteworthy example that has generated significant controversy and contention this year has been Bong Joon-ho’s dystopian opus, Snowpiercer. The South Korean production, which also marks Bong’s English-language debut, has already been released in South Korea and France to rapturous acclaim and box-office success, labelled a ‘tour de force of science fiction … a singular and breathtaking cinematic experience.’

A culturally compatible film that succeeds critically and commercially in multiple countries would seemingly not require drastic cuts and alterations to appease other filmgoers. However, several months ago, the film world went wild with the news that volatile mega producer Harvey Weinstein had demanded twenty minutes of footage be cut from Snowpiercer before releasing it in other countries, which included North America and Australia. Contemptuously given the moniker ‘Harvey Scissorhands’, due to his habit of mandating significant film cuts with mixed success, Weinstein’s changes reportedly came in order to make Snowpiercer ‘seem an action movie [that] will be understood by audiences in Iowa.’

In Hollywood, this kind of attitude is commonplace: the film medium is an inherently collaborative process, which primarily thrives as a commodity. While the notion of the auteur is still very much alive and well, major studios and distributors operate with a ‘sink or swim’ mentality, frequently taking control of the film editing process.

However, unlike most instances of this kind, where the filmmaker does not have control over the ‘final cut’ and the unfiltered version is often lost in the ether of post-production and negotiation, Bong’s definite cut is already available in selected territories for public consumption. Many people that have not yet seen the film have already been told they are getting a diluted version, and naturally they are not happy.

The reason for the potential widespread release of radically different cuts of Snowpiercer is primarily due to the sale of the film’s rights to multiple distributors across the world. This has not only illuminated divergent business strategies in the contemporary sphere, but also the wildly dissimilar attitudes executives hold with regard for how certain films should be marketed and presented to different audiences.

Weinstein’s proposed edits to ‘character detail’ in the original cut have unsurprisingly been met with resistance from the film’s cast and crew. Even American test screenings of both Snowpiercer cuts have resulted in much higher scores for Bong’s original version. While further speculation for the possible changes has been rampant, the harsh practical reasoning is twofold: shortening the film’s length increases the amount of times it can be screened in the cinemas, while releasing the ‘director’s cut’ on DVD and Blu-Ray at a later date enhances Weinstein’s revenue from the project.

In fact, the market for alternate versions of films has become substantial in recent times — a reflection of the eagerness cinephiles have in regard to experiencing filmmakers’ unbridled visions. Before official release, a film is typically cut into multiple versions, internally screen tested, and the theatrical cut predicated on financial viability. Nonetheless, late modifications made at the behest of the studio are frequently fraught with danger: the disparity between the theatrical release and director’s cut of Blade Runner epitomises the horrifying effects that can occur when executives start making rash creative decisions.

Of course, the ‘director’s cut’ does not always result in the best version: filmmakers have egos, and even the great ones commonly have trouble subscribing to the enduring philosophy that ‘less is more’. For instance, George Lucas’ obsessive tinkering with the Star Wars franchise over the years has sent fandom into meltdown, fuelling passionate debate over creator/fan ownership. Similarly, Richard Kelly’s longer cut of his haunting debut, Donnie Darko, succumbs to an unfortunate level of self-indulgence, where Lynchian ambiguity is sacrificed for overwrought exposition.

With studios now frequently exploiting the concept of the ‘director’s cut’ purely as a marketing device, where the moniker merely denotes the presence of additional content, the debate and justification over alternate film cuts will continue to be heavily scrutinised. However, in highly contentious distribution cases such as Snowpiercer, the eventual accessibility of different versions of the film allows audiences to make up their own minds. In this day and age, we don’t just expect this opportunity, we demand it.

Scott Macleod is a Killings columnist, academic and freelance writer. He really likes films. He tweets at @ScottWMacleod. 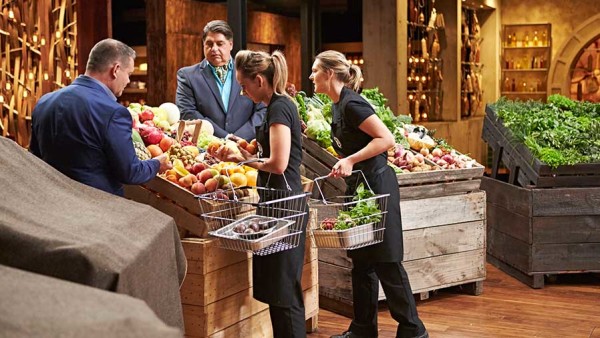