A stylish provocateur: Periel Aschenbrand’s On My Knees 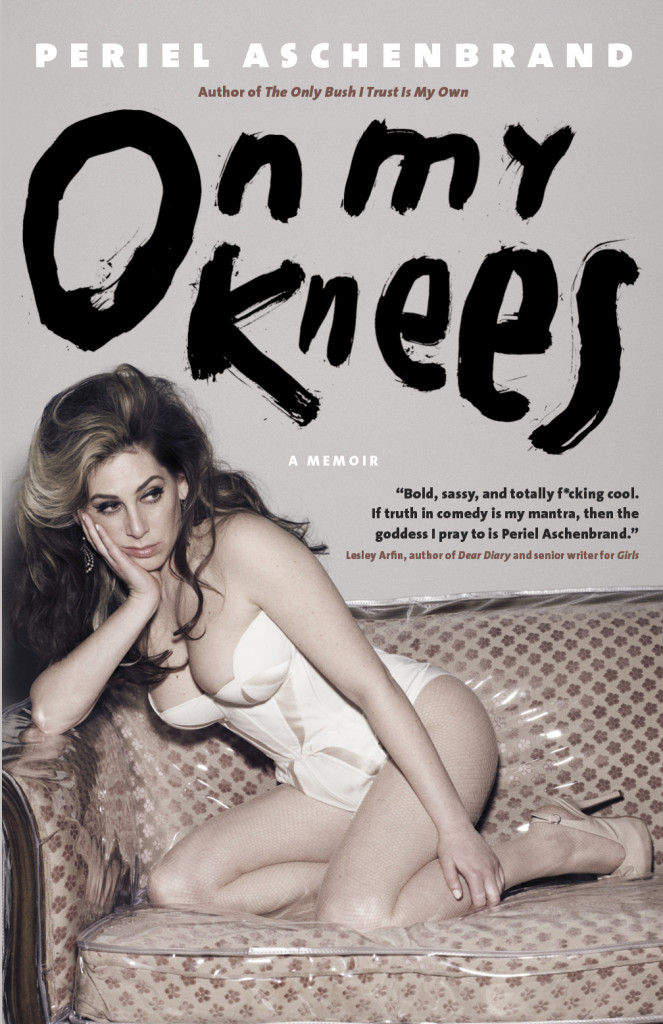 For those of us looking to fill the Girls void before the next season airs, Periel Aschenbrand offers us the gift of her life – or at least, the most uproarious parts of it. On My Knees is a bold and bawdy memoir about a woman falling apart and cobbling herself together again, with a whole lot of gutter-mouthed anecdotes along the way.

How to describe Aschenbrand? She’s a witty, rebellious Jewish girl from Queens, with hair like Amy Winehouse and a penchant for pearls and Prada. She’s a political activist, the designer of a line of t-shirts emblazoned with slogans like The Only Bush I Trust Is My Own, and the author of a memoir of the same name. She’s obnoxious and narcissistic and a pain in the ass. She’s also completely charming and hilarious.

On My Knees opens in a particularly dark chapter of Aschenbrand’s life, in the aftermath of a ten-year relationship. Anyone who has been through a break-up knows the mise-en- scène well: empty pizza boxes, Law and Order re-runs, a couch that becomes molded to the shape of your body. For Aschenbrand this takes place in the Manhattan apartment of her late grandmother where she is hiding out illegally, marooned on a pink, plastic-covered monstrosity of a couch and chain-smoking away the days. It follows that when she does venture out into the world her stories end up peppered with soundbites like, ‘Next thing I know it’s two o’ clock in the morning and I am wasted’, or, ‘As if my life weren’t pathetic enough, I now had a plump, hirsute Canadian man stroking his penis on my grandmother’s couch.’

Needless to say, if you’re uncomfortable with brash discussions about sex (particularly, ones that reveal sex to be less soft lights and rose petals than utterly awkward, ugly and/or hilarious) this book probably won’t be up your alley. And if you’re as prissy as me, there are stories that will make you flinch and shriek out loud – let’s just say, I know far more about the hair in her nether regions than I’d really care to. Along with her own embarrassing stories, she delights in relating those of her best friend Hanna, a gorgeously oblivious girl with a habit of looking for love in the wrong places, namely, the Casual Encounters section of Craigslist. As Aschenbrand explains, ‘Hanna is awesome ­– funny, talented, great-looking ­– but she is totally out of her fucking mind.’ Between the two of them, they manage to find a motley assortment of bad choices, from erotic masseurs to ‘nice, normal Jewish boys’ with diaper fetishes to ‘the kind of guy you think is hot when you’re wasted and in a dark bar.’

It’s not all about sex, though. There is also a bizarre encounter with Philip Roth and a bowl of cherries, a mystery involving Aschenbrand’s favourite dental hygienist, and a slew of priceless conversations with her hovering Jewish mother (‘You are not to sleep with Philip Roth! Do you understand me!?’). But beneath all the mocking, there is a fierce love binding Aschenbrand to her neurotic group of friends and family. The ‘rebuilding’ part of the story happens when Aschenbrand takes a trip to Israel for the wedding of her surrogate cousin Roy. For her, Israel is a sultry place infused with memories of childhood summers, where ­– in sharp contrast to Queens – ‘wild flowers grew everywhere’ and she ‘could walk barefoot without having to worry that (she) would step on an AIDS-infected needle’. It’s fitting then that this beachy, fresh-food paradise is where she discovers a new love that allows her to flourish back into her bold, brilliant self.

Senior Girls writer Lesley Arfin says, ‘If truth in comedy is my mantra, then the goddess I pray to is Periel Aschenbrand.’ And indeed, much of the charm of Aschenbrand’s voice comes from her unabashed honesty; her willingness to reveal herself as floundering and flawed even as she celebrates herself wildly. If there’s one life lesson that screams from the pages of On My Knees, it’s to be honest with yourself, and to do what you want. ‘If you want to have email sex, then have email sex,’ she says. ‘But have email sex because that, in and of itself, is what you want. If you want to get laid, then for the love of God, go out and get laid.’

Rebecca Howden is a Melbourne-based writer and editor. She blogs about books, fashion and gender at rebeccahowden.com.au. Her essay ‘Boys in Skirts: Andrej Pejic and Androgyny’ appears in Issue Seven of Kill Your Darlings. 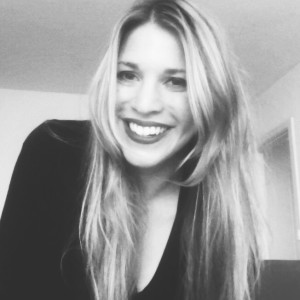 Rebecca Howden is a Melbourne-based writer and editor. She blogs about books, gender, fashion and pop culture at rebeccahowden.com.au and has a cat named Gatsby.