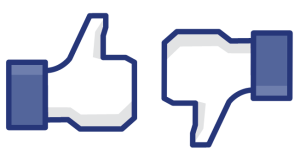 We’re all fairly familiar with the joke by now, aren’t we? The one where the plumber visits the publisher’s house, fixes the sink, and the publisher says, ‘You’re cool if I just pay you in exposure, right?’

I sense that some of you aren’t laughing.

If you’re a writer, you’ve almost certainly been approached by semi-nefarious-but-possibly-well-meaning editors and publishers who begin attempting to solicit work with a, ‘We can’t pay you, but…’, followed by the offering of some vague or borderline-worthless reward for your work. (My favourite, last year, was an online editor telling me, ‘You’ll have the satisfaction of being able to see your name in print!’)

In general, writers are now doing a (slightly) better job of demanding monetary payment for their work. In 2012, the Emerging Writers’ Festival published a list of pay rates for Australian publications, implicitly celebrating those publications that pay well (or, at the very least, at all), and castigating those that don’t. The #paythewriters movement on Twitter provides a space for ‘Australian precarious arts workers to complain, conspire and organise’ (and was established by Jennifer Mills, who wrote a fantastic piece for Overland explaining her motives).

As we continue experimenting with what’s possible in the digital sphere, new platforms are emerging for writers. Awesome, right? Well, sort of. Outside of ebookstore platforms like Amazon and Apple’s iBookstore, most emerging digital publishing services are operating on the same model a lot of us are trying to leave behind, in which writers produce work and are paid not in cash but in the form of fuzzy-but-basically-meaningless ‘votes’, ‘likes’ and ‘recommends’. Most of these services actually look fantastic on the face of it, which is a huge part of the issue: writers don’t even realise they’re potentially getting screwed, and those behind the services probably don’t realise they’re doing the screwing.

Medium is an online blogging platform created by Obvious Corporation, the team that founded both Twitter and Blogger. In other words: it’s a pretty big deal, and will probably be a much bigger deal pretty soon. The core conceit of Medium is simple: it’s a well-designed space for uploading and sharing longish-form written work. In a sense, it’s actually rather similar to Tumblr or WordPress, with one key difference: everything you publish resides not on your own blog, but on Medium.com.

Viewed differently, though, you can conceptualise Medium less as a blogging platform and more as an online publication in which thousands of writers are freely submitting work for free in exchange for exposure. In fact, on Medium’s about page, one draw of Medium is that it allows you to (potentially) ‘get hundreds of thousands of readers’. Again, that’s great, except that it follows that the work uploaded by writers is drawing hundreds of thousands of readers to Medium, but no writer has ever been paid by the publisher for any of that work. It could be argued that Medium aren’t making money either, but that’s not really true: Obvious Corporation have received millions of dollars in venture funding to create the platform.

If this is ‘the future of publishing’, I think we could have a problem.

Other sites, like Wattpad, operate similarly: emerging writers upload work for free, and if their work is promising and receives enough votes, that work is bumped higher and reaches more readers. Nobody pays, or gets paid. At first, this gave me the warm fuzzies: a site in which writers and readers are freely sharing work sounded great. Then I noticed that Wattpad have received over $20 million in Series A and B venture funding. When nobody is making any money off a publishing platform, that’s probably okay, but when one party is making a lot of money, and everybody else is enriching that platform and making nothing, that’s potentially a problem.

The real issue that we need to untangle over the next few years is when and where it is right for a writer to submit work for free online. Nobody expects to be paid for posting on Twitter or Facebook, because those platforms are conversational, and we’ve never historically charged for the content of our conversations. Similarly, we (hopefully) also recognise it isn’t acceptable to give away work for free to blogs that profit directly off our written content. But what about the in-between cases: work that mightn’t be picked up by a conventional publication, but is longer and more polished and researched than a pithy Facebook update… what then? I’m excited by Medium and Wattpad, but I’m also a little terrified about what could happen if, as writers, we start accepting ‘likes’ and ‘votes’ and ‘recommends’ as our new de facto currency.

A plumber would have nothing of it.