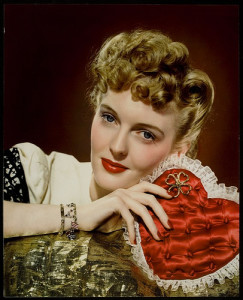 I am getting married, which just goes to show that one should never say never. Shortly into my relationship with the man who is now my fiancé I said to him ‘I will never marry again’. That wasn’t just my bitter and bereft heart talking after the collapse of my first marriage, it also reflected my horror of marriage as a process. I am convinced that had I not undergone the formalised ritual of a wedding, I would not have remained mired in that relationship for as long as I did.

Despite my unhappiness the wedding ritual bound me. Having taken an oath in front of my family and close friends, I had implicated them. I couldn’t end the marriage without feeling I’d failed not just myself but the people whose love and respect matter most to me. In dissolving the union they’d witnessed I demonstrated just what my promises were worth. At best I was unreliable, at worst fraudulent.

That sense of fraud made any remarriage seem forfeit. Why would people have any faith that this time I had it right? Moreover, what trust could I place in my own judgement having gotten it so very, very wrong before?

Yet here I am again five years down the track and there’s a sparkling ring on my finger, a gorgeous frock at the ready and champagne to be drunk. What could possibly have convinced me to sign on that potentially fraught dotted line again?

At its simplest level my answer is that love, this love I have now, is the best possible reason for a celebration. I’ve celebrated arbitrary things (my birthday), milestones (graduation) and unlikely successes (publication) but this is surely the most worthy excuse of all for a knees-up. That I could feel this positively about someone, have such faith in them, feel so light in love is a constant and delicious source of surprise and delight. I can just be, and in just being be happy. If that’s not worth celebrating then I don’t know what is.

I can now see the upside to the ritual element of marriage. No relationship gets cheated from trouble, but if you’re in something that’s fundamentally healthy then that ritual can be the glue that binds you through the rough times. A trusty raft you cling to till the current changes and you make land.

Yet organising this celebration is enough to seriously dampen the sunshiny feelings that gave rise to it. There’s something downright grubby about the wedding industry. Among the arcane and ingenious charges I’ve encountered include minimum spends (potentially fatal for anyone with a guest list under 40), a fee for the right to take photographs on a premises and a ‘relocation fee’ to move the five metres from where the ceremony was performed to where the catering tables were set up.

It is so exploitative and gouging that I’ve seriously considered chucking the whole idea as entirely oppositional to what it is I’m trying to celebrate. But Australians seem generally happy to part with dollars at the rate my three year old will toss petals from her flower-girl basket. The average wedding sets Australian couples back $36,000 in 2012 or, to put it another way, the cost of a house deposit in regional Victoria. Our economy might be struggling but the cost of weddings is rising at nearly twice the rate of CPI.

Perhaps these spiralling costs account for the Stahkanovite labour extracted by some couples from their bridal parties. I recently observed a girlfriend being press-ganged into kitchen-tea hosting, bon-bon making and sequin-sewing by the bride. To add insult to repetitive strain injury she was also expected to trial three different shades of fake tan and fork out a considerable sum for a ghastly frou-frou dress. My friend ultimately resigned from her duties and the friendship when the bride threw a tantrum over her early departure from the hen’s night because she had the flu.

What is it about weddings that drives us to this?What accounts for the collective madness that makes spending $400 on a cake seem like a good, nay, an essential idea? That means we’ll sue a photographer for failing to capture the precise moment of the kiss?

I don’t know the answer. Perhaps it’s a sort of sympathetic magic: if we lavish attention on each centrepiece being precisely equidistant then the relationship will be just as perfect. Or perhaps our lives are now so starved of ritual that we over-compensate with the few ceremonies we have left. Maybe we’ve just been duped into believing that happiness and fulfilment are commodities that can be bought like any other.

All I know is that this life I’ve carved out for myself is one where I am, largely, content. That seems cause for celebration.