Mind Your Language — Kill Your Darlings 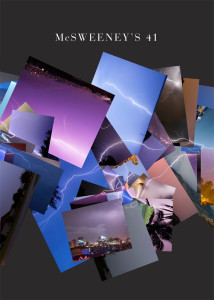 When I was a child, Friday night was ‘fish-and-chip night’. Usually, this happy event was accompanied by homemade tartare sauce and some of the worst British television ever to grace Australian screens. Chief among these TV travesties was a scandalously racist show called Mind Your Language. Sandwiched in between Love Thy Neighbour and Man About the House on the TV schedule, Mind Your Language specialised in a very particular kind of British comedy: the comedy of difference. The sitcom was set in an English-language school for adults. Each episode indulged in the kind of offensive foreign stereotypes that today seem inconceivable: the Greek was an oily-haired womaniser, the Italian loved to eat, the Indian closed every sentence with ‘a thousand apologies’. Guided by the hapless teacher Mr Brown, the motley crew attempted to get a grasp on the Queen’s English and polish the international edges off their expression (the brave can watch ‘classic moments’ courtesy of YouTube).

Although Mind Your Language is better left forgotten, I was reminded of it just recently with the launch of two new literary experiments. Last week an email arrived in my inbox from the London Review of Books announcing their World Literature Series of events being held throughout the rest of 2012 and into 2013. The events are designed to explore contemporary literature from around the world, using translators as guides. The scheduled ‘Live Translation’ evening, for instance, puts two translators head-to-head for a comparative ‘translate-off’ (my bad neologism, not theirs) in order to demonstrate ‘the nuances and variations and the very inner workings of the translation process’. This is a concept born in a Britain a world away from the stereotypes of the 70s. Alas, Australians (unless they’re planning on popping by the LRB bookshop in Bloomsbury) won’t have a chance to take part, but hopefully the events will spur the interest of Australian audiences to consider more deeply the intricacies of our local languages and literatures.

Closer to home, the linguistic energy of Australian fiction has been given a spotlight in the latest issue of the celebrated American literary journal, McSweeney’s. Stories by four Indigenous writers – Tony Birch, Melissa Lucashenko, Ellen van Neerven-Currie and Tara June Winch – appear as a suite in McSweeney’s 41 under the banner ‘Terra Australis’. Selected by Chris Flynn, the books editor of the Big Issue, a blogger, writer, and McSweeney’s fan from the get-go, the stories not only represent Australia’s Indigenous literary talent but also demonstrate the talents of four writers at different points in their career: Birch was shortlisted for this year’s Miles Franklin prize, Lucashenko is well known for her novel Steam Pigs, Winch is a young writer building a strong reputation and Ellen van Neerven-Currie is an emerging writer, previously unpublished.

At the launch held at the Wheeler Centre, McSweeney’s managing editor, Jordan Bass, visiting from San Francisco to help promote the new issue, said that he felt the Australian stories could be read as a piece, a group who had found a new voice and were exploring its potential. While it seems mostly unhelpful to search for similarities in a pool of just four stories, Bass is right to note the striking effect of language in the Australian story suite. The language is one of the most interesting and distinctive features in each of these stories. As Flynn says in his introduction, ‘There’s a confidence of tone and a willingness to push against the words …  I wish more writers would linger over the inherent music in prose the way these guys do.’ To that I would add the total absence of the ironic voice that has become something of a standard in McSweeney’s-style fiction.  Flipping through some of the other stories in this volume – most by Americans – the tone is more knowing and distanced. In contrast, the stories from Indigenous Australia have an exciting linguistic energy that sets the tone and then keeps the reader engaged to the very last word.

This isn’t the first time McSweeney’s have put together a special section focusing on stories from a specific place – issue 15 (2004) featured stories from Icelandic writers, issue 35 (2010) included a set of pieces from Norway and issue 37 (2011) had five stories from Kenya. Flynn, who’s originally from Ireland but has been living here for over ten years, explained that he was struck by similarities in writing from Indigenous authors and the kinds of stories he enjoyed in McSweeney’s. He’d noted the journal’s earlier international fiction suites and ‘began to fantasise about how awesome it would be if one day they might run a portfolio of Australian indigenous fiction’. As it turned out, he was the one to make the fantasy into a reality, proposing the idea to the magazine and then taking on the role as curator. Apart from Chloe Hooper, who has appeared in earlier editions of the magazine, this is the first time Australian writers have featured in McSweeney’s, and it will be interesting to see what the reactions to this issue will be. Already the Sydney Morning Herald (and a host of syndicated local papers) have promoted the new issue under a headline reading ‘indigenous issue spreads the word in the US’. While there can be no doubt that the issue will bring new Australian voices to American readers, I’m more encouraged by the fact that the influence of a big-name literary journal like McSweeney’s might entice the Australian media to turn its attention to the often unacknowledged talent we have here at home.

To that end, perhaps it helps to have an outsider point out to you what you take for granted? It’s fitting for this particular project given that it is a collaboration between four Indigenous Australians, an American journal and an Irish man.