In our very last post (sadface) for the KYD YA Championship, YA advocate Adele Walsh shows you why David McRobbie’s Mandragora should win the crown. Don’t forget to vote, everyone! Details at the end of the post.

I was eleven when I read David McRobbie’s Mandragora – when I first dove into the seaside community of Dunarling and the perspective of Adam Hardy. It stood out as a memorable read for me as a child, was definitely a worthwhile re-read as an adult and remains a teacher’s choice for classroom reading. In all three reading experiences, Mandragora captures the vivid imagination of the reader, delving into our nation’s maritime migration, while weaving the spooky and the scary throughout.

What David McRobbie tackles within the pages of this book seems too complicated to summarise. A girl and a boy; a tale told in two separate timelines, wherein a bitter curse is wreaked upon four mandrake dolls. These dolls play with the minds and lives of a seaside town’s residents, and form the centre of a legacy that overshadows them all.

Opening with Adam thinking over his obsession with the unapologetic Catriona Chisholm, Mandragora could play as a standard tale of romantic love. Instead, Adam is ambushed by the school bullies whilst mooning over a beachcombing Catriona, and his literal fall uncovers a century-old cave. This cave is where sailor hero Jamie Ramsay and mysterious Margaret sheltered for days after the ill-fated wreck of the Dunarling (for which the town had been named), and the mandrake dolls are uncovered.

Adam is a wonderful gateway for a YA audience: uncomplicated and relatively untroubled, his character allows the many unbelievable aspects of the plot to ring true, especially when he continues to long for the captivating Catriona. Catriona is a character I have long since loved; she refuses to be defined, owns her feelings and is unflinchingly honest. If this mysterious and meddling force swept across your town, you would want these two alongside you in the trenches.

With today’s YA market saturated by the paranormal, the notion of possessed mandrake dolls might sound a touch underwhelming, but they aren’t. There is a pervading sense of danger as people are possessed; buildings burn and the young lovers (past and present) suffer the wrath of a wronged woman and the tools of her dissent.

McRobbie was short listed for the Children’s Book Council of Australia awards in the Older Readers category in 1992. As such, Mandragora has no mobile or internet technology to hasten the plot, and the mention of dot matrix computer printouts and floppy disks may fly over the heads of today’s teens. Regardless, McRobbie’s genius use of different mediums, from diaries to dreams, family bibles, newspaper articles and even possessed murmurings, helps deepen our understanding of his world, characters and history. McRobbie’s direct style allows the historical and paranormal elements to take centre stage.

McRobbie has crafted characters that endear and repulse. He utilises language from the 1880s to craft character and generate misunderstanding; those possessed speak with a Scottish tongue amidst the chaotic yet meticulous movements of the plot. There is an ever-present urgency with his writing, a sense that we are plummeting towards utter destruction alongside Adam and Catriona. And yet there are moments of connection between potential loves, parents and friends. The small moments are just as poignant as the unfolding tragedy that is upon them. There is an agency to each character as they attempt to circumnavigate danger or act upon unknown evil desires, tumbling forward with a captivating mix of malice and heart.

Mandragora deserves the crown as it is a shining example of genre fusion, multi-narrative storytelling and strong character arcs.  For those of you unfamiliar, Mandragora is basically Lost ten years before its time, and it achieves what the show did not – a satisfying conclusion to an innovative story.  Drawing upon Australia’s rich maritime history, Victorian locations and a mystical dark force, Mandragora is McRobbie’s masterpiece.

Adele Walsh is the Program Coordinator for the Centre for Youth Literature, providing online content as well as programming events to promote literature for, and to, young adults. Adele is an avid YA reader and advocate, and a successful YA blogger (Persnickety Snark). She has previously worked as a teacher in Australia, and Japan.

If you want Mandragora to win the KYD YA Championship, you can cast your vote for it here! Vote now and you can also go into the draw to win some amazing prizes.

KYD No. 27 Teaser: Fatness, Pop Culture and the Need for Inclusion 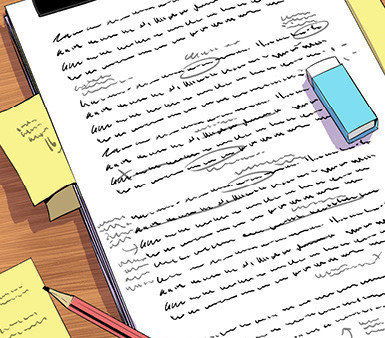