‘There’s no contradiction between fiction and truth’, said Javier Cercas, as Juan Gabriel Vásquez nodded, telling the sold-out crowd at the Wheeler Centre last Wednesday that the task of the novelist is to arrive at truth through fiction.

Guests of the Adelaide Writers’ Week and the Instituto Cervantes in Sydney, Javier Cercas and Juan Gabriel Vásquez were hosted by Lilit Thwaites of La Trobe University in a conversation in which the two writers held forth on topics ranging from history and collective memory to literary tradition and the complex relationship between truth and fiction in their novels.

Cercas, who is from Cáceres, Spain, is the author of six novels and shot to prominence in 2001 with his acclaimed novel Soldiers of Salamis, adapted for the cinema by director David Trueba in 2003. His novels are characterised by a constant blending of fact and fiction, often featuring characters who exist in a historical sense, but whose features differ wildly within the bounds of his novel: Soldiers of Salamis is narrated by a certain Javier Cercas, quite different from the actual Javier Cercas, who investigates the Spanish Civil War history of real-life poet Rafael Sánchez-Mazas, and is ably assisted by a fictive version of the deceased Chilean writer Roberto Bolaño.

Vásquez, the author of eight books (the first two of which ‘form a part of my past that I’d like to be allowed to forget’), grew up in Colombia, initially studying law and then moving to Paris at the age of 23, where he completed a doctorate at the Sorbonne in Latin American literature. Last year Vásquez won the lucrative Alfaguara Prize (US$175,000) for his yet to be translated novel El ruido de las cosas al caer (The sound of things as they fall).

Both authors spoke of the importance of history in their work, of its tangibility in the present and the importance of interrogating its authors. Citing the example of William Faulkner, Cercas affirmed that history is alive, and that perhaps the main discovery he has made in his writing life is that it is impossible to understand the individual without first understanding the collective. He warned of the consequences of forgetting the past, or not wanting to remember it: ‘If you have a dead past, you have a dead future.’

The notion that history is a narrative, a subjective tale told by an individual with agendas and bias, was explored by Vásquez, who said that it fell to novelists to react against the distortions of history – that in a certain sense he writes against the oblivion faced by non-‘official’ versions of history.  At this point Cercas interjected: ‘The writer is a party-spoiler, telling an uncomfortable truth.’

Speaking of their writing influences, Cercas mentioned Argentine writer Jorge Luis Borges as a figure as deserving of a place in the canon as Cervantes, and mentioned that the Boom generation in Latin American literature, known for its experimentation, was responsible for Spanish literature re-entering into the western literary canon. Vásquez expanded on this, saying that as a Latin American writer, he felt his generation was uniquely blessed in that the classics of his own tradition were written by writers who are still alive and active today – writers such as Mario Vargas Llosa, Carlos Fuentes and Gabriel García Márquez. But he was quick to challenge their supremacy: ‘Of course, as a writer, you must kill the father. It’s in good taste.’

Both writers then spoke about the importance of considering literary tradition as a constant flow from which to draw inspiration. Vásquez explained this as sitting at a round table with your influences, while Cercas aptly described it as driving a chariot with a rein in each hand: the literature of your own language in one, and universal literature in the other. After Vásquez explained that the idea is not to write against your predecessors, but in a certain sense to assimilate them into your own writing, Cercas smiled impishly and told the crowd: ‘Yes, you can’t just kill the father. You have to cook him and eat him too.’

Samuel Rutter’s fiction and poetry can be found in Kill Your Darlings Issue Two, Island and The Big Issue, and his criticism has been published in journals in Chile and Venezuela. 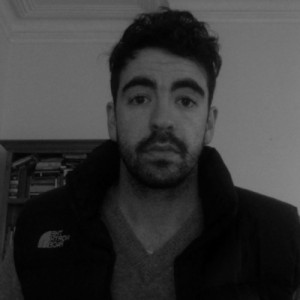 Samuel Rutter is a writer and translator from Melbourne, Australia. His work can be found in journals including Meanjin, Overland and Kill Your Darlings. In 2015 he was awarded an English PEN Translates grant and he is currently a PhD candidate at the University of Melbourne.