In this final instalment of ‘What we’re looking forward to’, Martin Shaw asks some of our leading local writers what they’re recommending for 2012. We hear from Louise Swinn, Miles Vertigan, Geordie Williamson, Charlotte Wood, Chris Womersley and Rohan Wilson. For Parts I and II click here and here.

Off the top of my head, I’d say the new Heidi Julavits, The Vanishers (Doubleday, March) and the collections by Pierz Newton-John (Spineless Wonders, March) and Ryan O’Neill (Black Inc., May). My interest is simply that I love their styles, and have been enjoying their work for a while. And collections of short stories right now – that’s a gutsy move.

I look forward to the new one from Emily Perkins (Bloomsbury, May) because her writing is high energy and intelligent, often satirical, often funny, and always incredibly perceptive.

The Sugar Frosted Nutsack, Mark Leyner (Little, Brown, March): It’s been fourteen long years since Leyner’s last, brilliant novel, The Tetherballs of Bougainville. In that time, his dalliances with men’s nipples and iffy film scripts have been cruel tests of love, but in March he’s back! I’m frothing at the mouth with anticipation.

Morrissey’s autobiography: Okay, so he might have a publisher. And it might be out in December. And if he does and it is, the next ten months are going to be some kind of teeth-gnashing hell. But when this bouquet of flaming gladioli finally lands it’s gonna set way more than Mozza’s hairdresser on fire.

Canada, Richard Ford (Bloomsbury, June): To my ear, at least, Richard Ford has the most congenial voice of any major male North American writer. In him Updike’s incorrigible poeticism meets a tough vernacular, while Philip Roth’s angry narcissism is throttled back to a good-humoured cantankerousness. Less mannered than Carver and less macho than Cormac McCarthy – he is, in other words, just right.

His latest, Canada, is a crime novel set in southern Saskatchewan which opens with the following lines:

First, I’ll tell you about the robbery our parents committed. Then about the murders, which happened later.

I dare you not to read on.

The Hanging Garden, Patrick White (Vintage, April): The owner of the antiquarian bookseller’s where I worked in London kept a framed letter on the wall behind his desk. It was from Patrick White, and it apologised for having no manuscript material to sell, the reason being that he had burned everything of value years before. Not true. This April The Hanging Garden, an unfinshed novel begun by White in the early eighties and abandoned after 50,000 words, will finally be published. David Marr reckons it’s a masterpiece, and I shall take him at his word.

When I Was a Child I Read Books, Marilynne Robinson (Virago, April): Robinson is admired as an author of fiction, but fewer may be aware that she is also the finest essayist at work in English today. You don’t have to agree with her religious beliefs to appreciate her Emersonian extravagance with words and ideas. The new essay collection is due out in March and will contain sentences such as these:

Say that we are a puff of warm breath in a very cold universe. By this kind of reckoning we are either immeasurably insignificant, or we are incalculably precious and interesting. I tend toward the second view. Scarcity is said to create value, after all.

The joker in the pack… Rohan Wilson

I will be publishing my second novel, Toosey, through Allen and Unwin later this year. It is a loose follow-up to The Roving Party, set in 1874 during the railway riots that occured in Launceston. It is a short, violent, revenge thriller. With ex-convicts. And a man in a hood.

The Fine Colour of Rust, Paddy O’Reilly (HarperCollins, March): O’Reilly is a sensitive and talented short story writer (one of the twelve I commissioned to write for our 2009 anthology about siblings, Brothers & Sisters) and novelist. I was thrilled to hear she was taking a character from a story in her own collection The End of the World – the wisecracking small-town single mother Loretta – and giving her a whole novel of her own. Moving from her highly literary work into a sharp, affectionate comedy of contemporary rural life, O’Reilly – writing here as PA O’Reilly – has created a novel that will be deeply loved. The Fine Colour of Rust freshens familiar rural archetypes with bitingly accurate contemporary observations, but never loses its tender heart.

What We Talk About When We Talk About Anne Frank, Nathan Englander (Weidenfeld & Nicholson, March): I loved Englander’s novel The Ministry of Special Cases, and when I read the title story from his new collection in the New Yorker, I was once again struck by the surprising force of his writing, and its honesty. Can’t wait to read the book.

The Forrests, Emily Perkins (Bloomsbury, May): Ever since I read Perkins’ blackly perceptive, razor-sharp Novel About My Wife I’ve been keen to see what she does next. The first pages of The Forrests – a cradle-to-grave portrait of a woman, Dorothy Forrest, through a childhood in a New Zealand wilderness commune, to falling in love, to early marriage and motherhood – promise an intriguingly different story, in an intimate, sensuous style. I am keen to slip inside this book as soon as I can.

Love the sound (not to mention the title!) of Hilary Mantel‘s Wolf Hall sequel Bring up the Bodies (4th Estate, May), which details the further adventures of Thomas Cromwell. If she can write a follow-up half as good as Wolf Hall then it will still be quite something.

I’ve also been hearing good things about Ruby Murray’s Running Dogs (Scribe, May), which is a a political thriller set amidst the corruption and violence of Jakarta and follows the fortunes of several members of an expatriate family.

And, finally, I’m no fan of rock biographies but I reckon journalist Mark Mordue (Hachette Australia, November) might be one of the few people capable of putting out a good one. In this instance, his biography of Nick Cave, Tender Prey, is certainly something I’ll look forward to reading next summer. Unless the Mayans are right and the world ends…

Martin Shaw is Books Division Manager of Readings, and an editorial advisor at Kill Your Darlings. 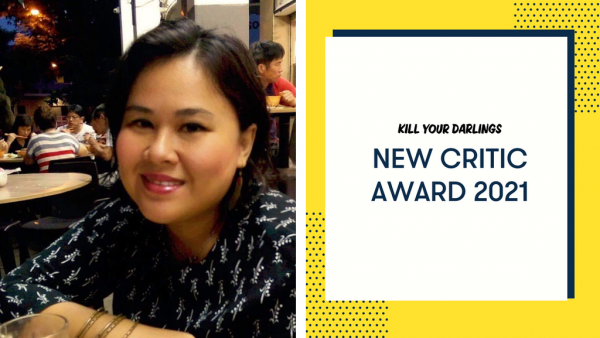