Bittersweet tale of loss and hope: Vendela Vida’s The Lovers 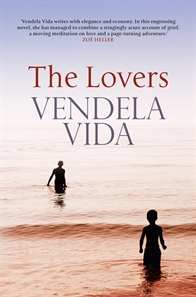 In spite of its title, The Lovers is not a romance story in any conventional sense. Instead, it functions as a kind of anti-romance, exploring themes of grief, perception, self-awareness, and ultimately hope and the possibility for redemption.

Yvonne has been widowed for two years. Her life has been defined by her marriage and her status as a mother and as a history teacher; in effect, her identity has become sublimated to her roles. She was married for twenty-eight years to Peter, who was killed in a car accident. In the two years following Peter’s death Yvonne has clung stubbornly to her own self-pity, both craving and shrinking from the pity of others. Her twins − Matthew, an obnoxious overachieving golden boy and Aurelia, her wayward, drug and alcohol addicted daughter − have become increasingly estranged, from both Yvonne and each other.

Matthew is engaged to be married, and to celebrate, he and his fiancée have arranged a cruise. Though invited to join them, Yvonne compromises by taking a house in Turkey, where she will meet them. The house is in the town of Datça, where Yvonne and Peter spent their honeymoon. Yvonne returns to Datça hoping to find something of the warmth and happiness of her early marriage, and in a sense just to remember Peter, and herself before she became the dutiful widow addicted to her own isolation and grief, ‘a mood, both woolly and ethereal, that had separated her from her kids, her students, from the rest of the world’. However, rather than the idealised setting she remembers, the town is tired and jaded and ugly.

Yvonne finds that instead of bringing back happy memories of her honeymoon and marriage, the return triggers negative ones that confuse and frustrate her to the point of hysteria. As she remembers things about Peter – his jealousy; his conviction that she was having an affair, and his refusal to admit his insecurity; his intolerance of Aurelia’s problems; and his blatant favouritism of Matthew, the star child – Yvonne is confronted with her own flaws, such as her tendency to cruise and let other people – in the past, usually Peter – make choices and decisions for her.

Lonely and increasingly bewildered, Yvonne finds herself reaching out desperately to those around her, unable to understand their motives or even her own. She develops a tentative friendship with Őzlem, the beautiful, bitter wife of her landlord (the house Yvonne is renting is actually the residence of the landlord’s mistress). She confuses commercial invitations for friendship and develops an intense attachment to a young boy who sells shells at a nearby beach. In the boy, Yvonne sees a chance to correct the mistakes she made with her own children. A tragic accident sends Yvonne into a downward spiral of guilt and denial.

Ultimately, Yvonne emerges as a tragic, delusional figure. Confronted with her inability to make a stand for herself or what she believes is right – ‘[f]or a long time Yvonne had been happy to let misconceptions remain as long as she didn’t have to share the truth’ –  she is forced to re-evaluate decisions and viewpoints, such as her failure to understand or accept Aurelia’s cries for help, that she has held onto tightly for all her married life.

Vida’s writing is understated. The first three-quarters of the book flow along in a wash of images and perceptions – languid, hazy and melancholy. Then The Lovers takes a dark turn that is all the more intense because it is only barely hinted at in the early stages, but even then the writing remains subtle.

Though subtle, the story is also a universal one of searching for the lost self, filled with quiet warmth and at times bittersweet honesty in portraying grief, perception and self-awareness. At times Yvonne is an extremely frustrating character; though her persistently delusional behaviours are a defense mechanism, they do make her hard to embrace wholeheartedly. She is a woman who only learns from her mistakes after repeating them again and again. The nightmarish final section is easily the most compelling, as the calm that has prevailed throughout the rest of the story is shattered. While lovely, the writing flows so serenely that the intensity of the final section comes as a bit of a shock, and perhaps robs it of some of the intensity that it should have had. The Lovers is a beautifully written story, but in the end it may be too quiet to have the same bittersweet impact on the reader as Yvonne’s story did on her.

Tessa Chudy is an artist and writer currently completing a PhD in creative writing.