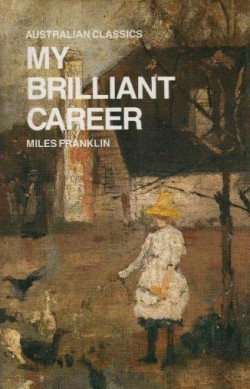 The Meanjin Tournament of Books is a literary stoush that seeks to name the Great Australian Novel.

With sixteen book titles, the round robin-style competition has four judges pitting book against book until the winning title emerges. It’s the Australian Grand Slam of book competitions, if you will.

Excitingly, its inaugural year has limited the shortlist to novels by Australian women, any era. Thursday night saw the launch of the Tournament of Books at the Wheeler Centre, with the judges introduced and the shortlist revealed.

The shortlist is an excellent one and I was surprised that I have only read three of the titles on it (Miles Franklin’s My Brilliant Career, Michelle de Kretser’s The Lost Dog and Melina Marchetta’s Looking For Alibrandi). I had read a further two authors, though not the titles listed (Helen Garner, Elizabeth Jolley). I wasn’t alone. When the crowd was polled, chair Louise Adler counted that about a tenth of the audience had read more than five books on the list.

The launch of the Tournament of Books also included crowd voting. Meanjin had decided 15 of the shortlist’s titles, and the audience were invited to anonymously vote in a final nominee. When the results were tallied, Isobelle Carmody’s Obernewtyn was the victor – the only genre book and one of the few YA novels. The full shortlist is published here.

The great books on the shortlist and judges on the panel will surely make this a fun event to follow along. Anna Krien, Mandy Brett and Andrew Marlton (First Dog on the Moon) were all eloquent and entertaining speakers at the launch, and I am keen to hear their perspectives on the books they read.

I was less impressed with the fourth judge, Anson Cameron. Firstly noting – albeit jokingly – that he doesn’t hold much truck with the notion that women don’t win awards (as every award he has been shortlisted for was won by a woman), he then admitted that he doesn’t really read books by Australian women, and finally wondered if men are more established in the literary world because ‘perhaps men just write more?’ The audience were tittering in disbelief, and one woman behind me whispered, ‘Turn his microphone off, now’.

I have full respect for the Meanjin team and believe that they had good reason to select each of the judges. However, Cameron last night demonstrated that he is incredibly uninformed about the gendered problems of publishing, which is a shame given the excellent and abundant writing about feminism and literature that is being published at the moment. Comments such as Cameron’s demonstrate why events like the Stella Prize and the more lighthearted Meanjin Tournament of Books are so important.

Looking at the excellent shortlist last night, I felt quite ashamed that I had read so few books. So much so that I decided to take action: I’m going to read the read the Meanjin Tournament of Books shortlist. Starting right now.

I’ll be checking in here at Killings about my progress over the coming weeks. In the meantime, you can keep abreast of all the exciting Tournament of Books action at Meanjin or by using #meanjintob on Twitter.

Lisa Dempster is the Director of the Emerging Writers’ Festival and author of Neon Pilgrim. 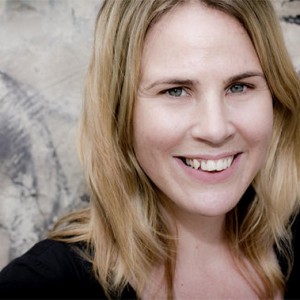