Interview with Raphael Brous: I Am Max Lamm 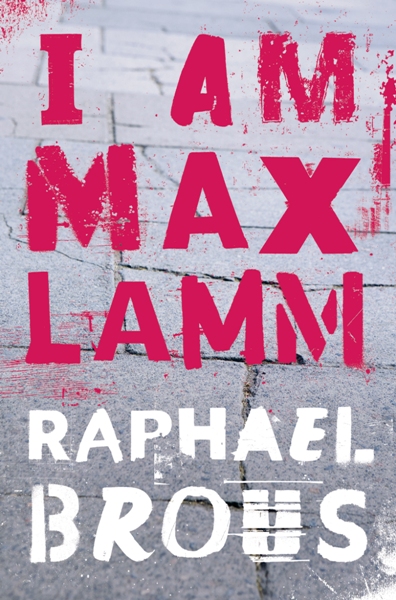 If a butterfly flaps its wings in Brazil, can it set off a tornado in Texas? Similarly, if a young tennis champion trains his forehand swing every day, could it have spectacularly lethal consequences? The notion of the ‘butterfly effect’ – where seemingly inconsequential conditions can have unintentionally devastating results – comes to mind when reading Raphael Brous’s debut novel I Am Max Lamm. It narrates the aftermath of (and lead-up to) an action that sets off one of the worst race riots in Britain’s history: ‘the unintentionally fantastic accuracy of your beer bottle smashing the teenager’s right temple’. Killings interviewed Raphael about his novel of disaster and disgrace.

There’s a lovely line towards the end of the novel, during one of Lamm’s reveries, where he remembers being told that we’re all stardust, the result of an exploding star – ‘You’re made from disaster, you make disaster’. Is chaos what interests you in writing?

What interests me in writing? The world, history, our mistakes and who we are. And chaos is an inextricable part of that. Not just in the scientific sense (because uncertainty is irreducible from nature) but in the arena of human behaviour and history. So much of our lives is governed by irrationality, genetics, by the invisible hand of fate. And chaos is implicit in all this. So it can’t be avoided in my writing.

There is a tendency – often unfair – to interpret first novels as somewhat autobiographical. Is there something of yourself in Max Lamm?

There is. Max Lamm has certain talents and positive qualities, yet he’s also afflicted by a tendency to fuck things up. In his experience of disgrace, his regrets and unrequited loves, his illnesses, his guilt, his awakening to the maddening mysteries at the heart of Judaism…in all that, there’s a lot of me.

Your novel deals with race riots, terrorism, sex workers and politics. Do you think authors have a responsibility to be politically and socially engaged in their work?

Philip Roth was asked the same question in a TV interview. He’s one of my favourite authors and I agree with his response. He emphatically said ‘no’. The author has a responsibility to do just one thing: to write well. They need not push any moral or political agenda. They need only construct words and ideas in a way that is beautiful, that is captivating, that is worthy of being read. That is enough.

Tell me about the process of composing the novel – was it inspired by the historical events it depicts or was the inspiration more personal, such as the memories from Mount Scopus High School?

I never attended Mount Scopus High School (although my cousins did). The novel was inspired by personal events, disgrace and mistakes. Ultimately, we write best about what we intimately know. Yet this personal drama plays against the backdrop of recent historical events, such as the mendacious rise of neoconservatism and the Iraq war. In fact, the emotional maelstrom of the protagonists – Max and Kelly ­– is, in many ways, an allegory for the ethical confusion and political immaturity that has dominated the twenty-first century so far. You reference many canonical literary texts such as Dante, Fitzgerald and, in particular, Steinbeck. Have these authors influenced the way you write?

Steinbeck influenced me. He demonstrates the timeless power of a simple story featuring characters for whom we actually care. He shows that tragedy should be executed mercilessly and portrayed unsentimentally; no flourishes are needed, no grand finales nor flowery Victorian elegies. The dry flatness of Steinbeck’s prose loosens our expectations so that ultimately, the impact is more devastating. The final pages of Of Mice and Men are the finest example.

London and Melbourne figure strongly in every page of your narrative. How important is place to your writing?

I like contemporary realism. So I need a clear setting. The place is essential, because it’s where the story happens. Our experiences, what we do, our strengths and faults are all intimately connected to where we are. To create plausible, emotionally rounded characters, their histories – and therefore their locales – must be carefully considered.

Max Lamm contains one of the more disturbing sex scenes I’ve ever read (and I’m a fan of Bret Easton Ellis!). Was there a particular aesthetic point you wanted to make in your depictions of sex in the novel?

I wanted to write a challenging, fearless book that I would enjoy reading, that reflected the animal drives within us. Freud may be scientifically discredited, but the Id is, I think, his most astute allegory. The psychosexual elements of the novel will polarise some readers, but they’re essential to its themes. Sex is ultimately about procreation, about life, and therefore about death. In that sex scene, Max Lamm’s guilt – his guilt in having prematurely ended a boy’s life – disturbingly morphs his sexual relief into something utterly disgusting. I was influenced by the paintings of Francis Bacon, the way that he revoltingly, beautifully explored the domination, the submission, the will to destroy that fuels the sexual act. Guilt is, I suppose, motivated by life; that is, motivated by the increasingly fashionable expectation that we lead something approximating an ethical life. Sex is about death; about creating life and in momentarily reaching, through pleasure, some transcendence above ordinary experience. All that collides in the disturbing sex scene.

What projects are you working on next? Will there be a second novel? (or possibly a sequel to Max Lamm?)

I am Max Lamm is out now.