‘I saw a deal of blood’: The Roving Party by Rohan Wilson 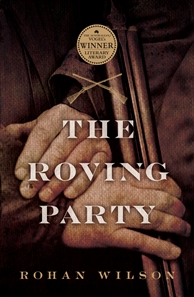 The Roving Party is the poised debut of Rohan Wilson, and the deserving winner of the 2011 Australian/Vogel award. Set in 1829, the novel is a re-imagining of the ‘Black War’ that saw the indigenous population of Tasmania hunted, killed and corralled by British Colonialists. Taking the historical figure of John Batman (1801-1839) – a grazier who rose to prominence as a government-authorised bounty hunter – Wilson has imagined the ‘roving party’ that set out under his direction. Assisted by four reluctant convicts, two ‘tamed’ black trackers, a subjugated farmhand, and the inscrutable Black Bill, Batman’s search for blood and prisoners in the hope of land grants, money and – in the case of the convicts – freedom, is a harrowing, nightmarish narrative of hostility, violence and fear. Beautifully written and gruesomely detailed, it is an equivocal portrayal of one of the darkest chapters in Australia’s history.

The novel begins with the protagonist Black Bill, an Aborigine raised and educated by whites, and his pregnant wife are visited by the warrior Manalargena and his hunting party of Plindermairhemener men. When Bill is invited to spurn his colonial connections and fight for Manalargena, he refuses – he has already been promised a cut of Batman’s bounty to hunt these very men. However, Manalargena is no ordinary headman; possessed by a ‘demon’, and capable of parting ‘the very weft of the world by his own words’, he cannot leave Bill’s defiance unpunished, and when the roving party gathers and sets out in search of the Plindermairhemener, Black Bill’s motives for pursuit soon transition from the monetary to the personal.

The narrative of The Roving Party creeps along at a staggered, occasionally fragmented pace, reflecting the plodding gait of the hunters, trackers and convicts as they struggle through the mud and scrub of the Tasmanian bushland, bickering over cuts of damper, billy-tea, guns and shoes. Wilson’s narrative is largely restrained; until the fraught power-struggles and fighting within the party are revealed in telling bursts of dialogue; their capacity for brutality illustrated in brief, unflinching depictions of violence:

By now a good few carcasses lay about on the dirt, and blood and bits of bone and innards covered the ground […] They hauled the carcasses two at a time to the bonfires; their internals stringing out and steaming in the cold, gathering the leaf litter. Their hamcoloured tongues lolling from their mouths.

This is not an Australia many will be familiar with, and certain passages are not easy to read. The barbarity of the bloodshed – in particular the brutality of the roving party towards the indigenous people – is, on occasion, physically sickening.

As with violence, landscape is at the forefront of this novel, and it is here that Wilson’s writing is at its most elegant. Wilson’s depiction of the Tasmanian wilderness is no glorification; nature here is as hostile to men as the men are to each other. Described as ‘wounded’, ‘bruised’, ‘dying’ and ‘devastated’, the landscape beats down upon the roving party and the Aboriginal population alike with snow-storms, rain, hoarfrost, and swollen, flooding rivers. Snakes lurk by the riverbed, leeches cling to ankles, and wild dogs growl in the shadows. The men shiver for hours on end, and their discomfort is made palpable to the reader. It is a land thick with ominousness, and Wilson details it well to create an atmosphere ripe with threat:

They made camp as the light drained from the sky and it was a miserable camp set beneath a mountain pine that had grown around a rock and split in half. A copse of candlebarks grew nearby, aged like rheumatic fingers and thickly boled. Moss crept up almost everything and the fust of dead wood and mould filled the nostrils; mushrooms as round and white as skulls glowed otherworldly in the shadows.

At times, the relentless description of the smell, texture and sight of the natural world – as with the violence – can make exhausting reading. Like the members of the roving party, the reader looks for respite from the weather, from the constant damp, and the menace that permeates this novel, as the party hunts Manalargena and his people to the last stand.

As an Aborigine raised by whites, Black Bill is the most mysterious, and consequently most ambiguous character in this novel. Silent, thoughtful and remote, Black Bill is a man capable of the most casual violence – ‘He’ll run you from balls to breakfast with that there blade of his. Spill your innermosts over the stones before you so much as draw down the cock’ – and with a penchant for revenge – ‘He keeps account. I seen him break a man’s arm twelve months after the fact’. Yet he is also the most just character of the roving party: saving the worst of the convicts from death, and later rescuing an Aboriginal girl from two white bushmen. He is a fascinating character, but one, at times, so subtly drawn, so rarely vocal, that the reader feels as alienated from him as the other members of the roving party. Who is Black Bill? What does he want? Why does he do what he does? Although occasionally frustrating, this unobtrusive, sometimes diaphanous characterisation ultimately contributes to the novel’s overall open-endedness. This is not a narrative of answers, or of closure.

The Roving Party is an important debut, and one that heralds great things for Wilson. He reportedly spent over six years researching Batman’s roving, and in an interview with The Mercury, explained that he extrapolated the narrative from Batman’s diaries and letters. All main events in the novel, he has said, occurred. Like 1829 Tasmania’s ‘contested country […] where one kind melded with another’, Wilson’s portrayal of the horrors of colonialisation lies along that powerful boundary between fiction and history; and it is this combination of research and imagination, as well as Wilson’s balanced prose and evocative portrait of a man caught in the middle of the Black War, that makes The Roving Party so haunting. It is a book that continues to hold the reader, long after they have put it down.

Hannah Kent is Deputy Editor of Kill Your Darlings. 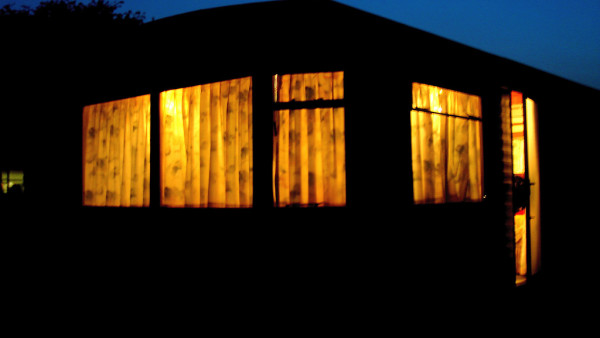