The Count at SWF: on the representation of women writers in reviews, prizes and genre writing

I kicked off my Sydney Writers Festival with ‘The Count’, a session on the underrepresentation of women in Australia’s literary pages – and in the literary scene in general. It was chaired by Miles Franklin longlisted author Kirsten Tranter (The Legacy) and featured both The Australian literary editor Stephen Romei and Sophie Cunningham, whose brilliant essay on the subject will soon be published in the pages of Kill Your Darlings.

While some of the discussion covered similar ground to that discussed at the Readings International Women’s Day event I blogged about here in March, there were also many interesting new points raised – and it was illuminating to hear what Stephen Romei had to say.

‘As a male literary editor, I stress that I am here voluntarily,’ he half-joked. ‘This is a serious issue and I do take it seriously.’ He said that after the VIDA figures on under-representation of women in several international literary publications were released late last year, he looked at his own books pages.

‘Non-fiction is where the problem is,’ he said. ‘In fiction, I’m fairly confident there would be an even 50/50 split between male and female authors reviewers.’ He said that he now tries to actively think of both genders when a non-fiction book comes across his desk. He used the example of military history to make his point, saying that most military historians are male, therefore he’s more likely to assign the book to a male reviewer. ‘I recently met a woman who is a military historian,’ he said. ‘I’ll use her.’

Stephen also repeated the point he’d made in his interview with The Book Show earlier this year – that women pitch to him less often than men, using the example of the John Howard autobiography, which six men offered to review, though no women. ‘If I wanted a woman to review it, I would have to try to think of who and approach them.’

Sophie agreed and said that when she was at Meanjin, the women she invited to write major non-fiction essays would often refuse, saying ‘I’m not an expert’, whereas the men would say “‘I’m not an expert but I’ll become one by the end of this essay.” You do have to push yourself in this kind of world or you’ll get left behind. One thing women can do is be pushier.’

Stephen had a different take on it. ‘I say good on you for saying I’m not an expert. I wish more men would do that.’ He said that he’d often received articles that clearly showed the writer wasn’t suited to the subject – and, reflecting Sophie’s observation, reported that these were generally from men. ‘Jumping on everything is not a good idea,’ he advised. ‘Know your strengths as a writer.’

Kirsten Tranter talked about the relation between gender and genre and whether women are marginalised more often when writing genre work. Sophie said she thought the work of female writers was more readily classified as genre when it contained genre elements – for instance, Alex Miller’s work is high romance but is considered to be serious literature. ‘It’s harder for women writers to work with genre elements and for it to be called literature.’

The discussion moved onto literary prizes – and the Miles Franklin. Sophie said that there are ‘lots of problems’ with the award and not just gender ones, calling its shortlists ‘often ill-judged’. (At the same time, I should say, she in no way disparaged the three books on this year’s shortlist, in fact stating that the shortlisted novels are ‘very good’.) The panellists agreed that the kind of debate and controversy attracted by these shortlists does no favours to the shortlisted authors, overshadowing their success, which should rightly be the focus.

Stephen said his major problem with this year’s Miles was the disparity between the long longlist and short shortlist, which reflected badly (and unfairly) on the quality of the longlisted works – particularly in the light of the judges’ comments that it was a poor year for Australian literature. ‘When it came to the shortlist, the judges made it abundantly clear that there were only ever three books in contention,’ Stephen said. Longlists, he said, were there in order to get two bites at the publicity cherry. ‘You have to weigh that against the reality of people who’ve worked hard to produce their books and are not just there to make up numbers.’ He concluded that a public longlist is not a good idea.

Sophie and Kirsten then mentioned the Australian version of the Orange Prize currently in the making, provisionally named The Stella Prize. The pair are working with a committee of Australian women (of which, I should declare, I am a member, along with KYD editor Rebecca Starford). ‘We wanted a prize that recognised women’s writing,’ said Sophie. ‘We were sick of just whingeing about the statistics and wanted to do something celebrating the work of women.’

‘So long as a literary prize is celebrating Australian writing, why not?’ said Stephen Romei, who pledged his support. In response to criticism that the prize is exclusionary, he pointed out that all prizes have some element of exclusion – for instance, a writer can’t win the Vogel if they’re 36 or over, and writers who don’t cover Australian life in any way are ineligible for the Miles.

Sophie Cunningham will be interviewed by The Book Show about The Stella Prize at 10am today (Tuesday 24 May).

And to become an official friend of The Stella Prize, or for more information, visit the Facebook page. 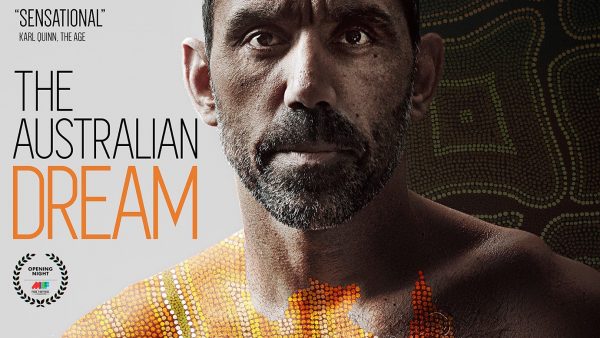