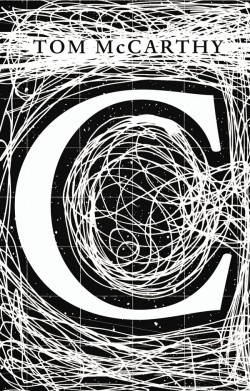 For a while now we have been told that fiction is dying, if not already dead. This year alone, three eminent critics—Ted Genoways, David Shields, and Lee Siegel—have taken turns vivisecting the corpse. Nowadays, they say, fiction groans under the weight of its own artificial apparatus. The novel just can’t keep pace with the truth and vitality of the essay, the memoir and reportage. Or can it? That was the question underlying a now famous essay by Zadie Smith, published two years ago, in which she decried the moribund state of the modern novel and, crucially, identified a way for the novel to escape its rut. First she held up two very different novels as exemplars of competing trends in contemporary fiction. Then she dismissed the first novel—Joseph O’Neill’s Netherland—as the sort of ‘lyrical realism’ so bent on showcasing all the literary qualities of ‘serious fiction’ that it lacks any sense of daring or ingenuity, and, as an alternative, she championed the second novel for ‘[t]he violence of the rejection [it] represents to a novel like Netherland.’

That novel was Tom McCarthy’s Remainder, the Kafkaesque tale of a man doomed to re-create and re-enact scenes from a life he believes he has already lived. In praising it, Smith suggested that the cure for what ails contemporary fiction is not a full-scale embrace of non-fiction but exactly the opposite: an engagement with fiction that is less interested in ‘meditating’ on current affairs or ‘saying something’ about the human condition and more interested in extending the possibilities of fiction as an art form. With Smith’s reverence for Remainder set down on the record, the novel made McCarthy something of a cause célèbre among those readers dispirited by the current dominance of lyrical realism and hungry for something more challenging and adventurous.

McCarthy’s new novel, C, is actually his third; but because he published his second novel, Men in Space, just before Zadie Smith drew attention to Remainder, C is the first to appear in the shadow of Remainder’s success. It must be said up front, though, that it is by comparison a disappointment. Whereas Remainder made a virtue of its obsessive austerity – ‘it works by accumulation and repetition,’ wrote Smith, ‘closing in on its subject in ever-decreasing revolutions, like a trauma victim circling the blank horror of the traumatic event’ – C plays fast and loose: it is elaborate and extravagant and continually expanding in scope from the first word to the very last. That said, however, this too must be clear: if C disappoints when compared to Remainder, it is, like Remainder, a triumph when compared to the pedestrian novels that continue to dominate our literary landscape.

The novel follows one Serge Carrefax from his birth in the late nineteenth century through to his maturation in an age of revolutionary innovation in communications technology and his premature death. But when I say that the novel follows Serge, I mean that in the most literal sense: it isn’t concerned with Serge or interested in Serge and it isn’t even really about Serge; it simply follows him from place to place. What really drives this novel is not a person or a situation but an abstract concept that latches onto Serge like a parasite and comes of age as he too grows up.

Serge, it turns out, is almost supernaturally attuned to the act of communication. When a message tapped out in Morse code is sent coursing along a copper wire, he can feel the vibrations beneath the ground. When a signal is broadcast across radio waves, he can sense it pulsing through the air. And as communications technology becomes ever more ubiquitous, the communications he receives begin to overwhelm him. Soon he reflexively interprets the entire world in terms of signal and noise, transmission and interference. When he learns that his sister is concealing an extramarital pregnancy, he thinks of her as someone who has received the clear signal of her biological urges but who feels pressured to broadcast a lie into the static hum of social tradition. And when, at one point, ‘[h]e lets a fart slip from his buttocks, [he] waits for its vapour to reach his nostrils; it, too, carries signals, odour messages from distant, unseen bowels.’

Gradually, though, as it becomes increasingly difficult for Serge to distinguish signal from noise, he finds himself compelled to achieve ‘the sense of being a fixed point in a world of motion.’ Acting on the belief that ‘the world will fall into place around him’ if only he moves about quickly enough, he ventures from rural England to Austria-Hungary, to war-torn Germany, to the spiritualist dens of post-war London, and finally to Egypt, the heart of the British Empire, where he undertakes communications surveillance for the Imperial authorities. ‘We’re at the crossroads here,’ a colleague explains, ‘the confluence of all the region’s interest groups’ transmissions. We’re listening to the Wafdists and the Turks; they’re listening to Ulamáists and Zionists; the French are listening to us, and we to them—but we share info on the Russians, who we both hate, although not as much as we all hate the Germans, who we listen to as well … Telegrams, radio messages, acrostics and keywords lurking within print: we try to pick as much of it up as we can.’

It is both a blessing and a curse for Serge that he can pick up more than anyone else, but it’s hard to care about him when his character is so deliberately – even defiantly – undeveloped. In C, the titular letter stands for many things but ‘characterisation’ isn’t one of them. This is unapologetically a novel of ideas – not in the sense that it uses a fictional narrative to lay out an argument or to make some sort of point, but in the sense that it moves ideas around into various positions and inserts them into various dynamics the way other novels typically manipulate characters. Admittedly, the actual ideas are far from original, as anyone acquainted with current trends in critical theory will know. But the ways in which C lays out its ideas and weaves them together is a thing of astonishing formal and structural beauty. It fleshes out some ideas while glossing over others; it pits them against each other and it establishes tensions between them; it shuffles them offstage and then back on, and, in its final pages, it brings them all out again for a big climactic showdown.

This climax is absolutely the most energetic and satisfying prose I have read all year. It pays off almost every idea introduced in the build-up and makes C a novel whose sophistication lies not in its narrative content but in its narrative architecture. Even the throwaway remarks made at the beginning of C acquire extraordinary meaning at the end, and sequences that seem like noise interfering with the narrative signal are themselves distilled into pure signals in the final relentless rush of conceptual imagery. In a sense, C charges itself up with meaning and then unleashes it in a single blast, much as a defibrillator charges with voltage before it shocks the life back into the dying; and, in that same sense, every electrifying word of C invests that novel with the potential to reinvigorate the contemporary novel in general. Maybe it’s true that fiction is now on death’s door. If there’s life left in it yet, however, it lies in fiction that upsets popular notions of what fiction should be and instead illustrates what else it is capable of – and in that respect C is a trailblazer.

Daniel Wood is a graduate student, tutor and lecturer in Literary Studies at the University of Melbourne.

Daniel Wood is a graduate student, tutor, and sessional lecturer in American literature at the University of Melbourne. He blogs at www.danielwood. wordpress.com.