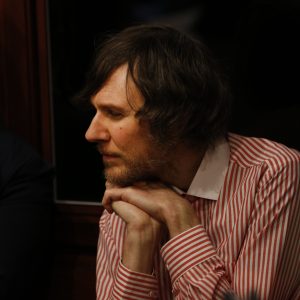 Justin Heazlewood is a word-wooing writer, musician and humourist. As The Bedroom Philosopher he has released three albums including the ARIA-nominated Songs From The 86 Tram. In 2014 he released his first non-fiction book Funemployed, about being an artist in Australia. In 2018 he released his childhood memoir Get Up Mum, which was commissioned into a 10-part radio series for RN’s Life Matters in 2019.

Lying In Intensive Care: The Plight of the Album