Shelf Reflection is a monthly series where we delve into the reading habits of interesting Australians. This month’s reflection comes from ABC language researcher and RN digital producer Tiger Webb. 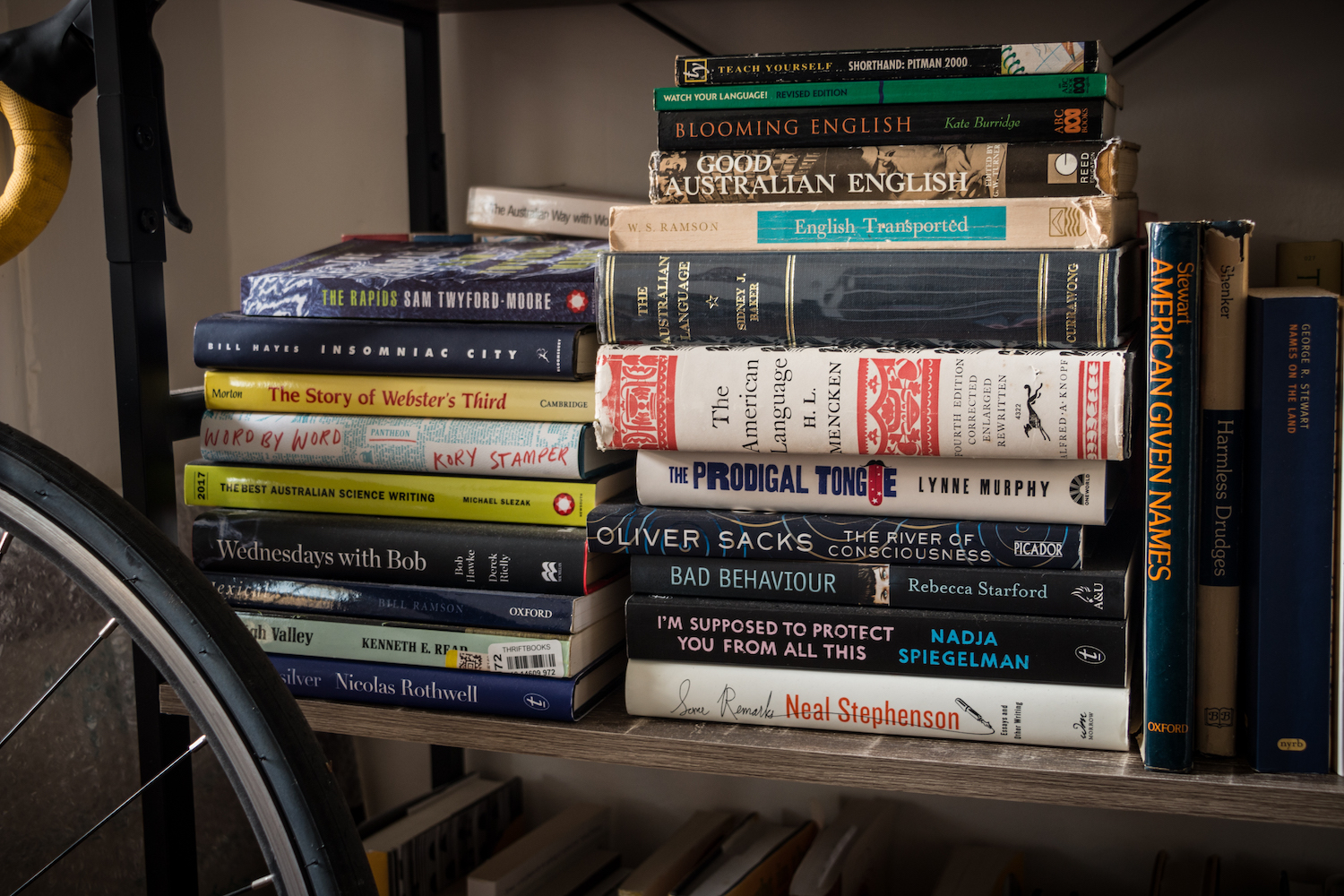 Janet Malcolm’s In The Freud Archives (1984). It’s really very good. I’m only partway through, but it centres on the friendship (and, later, the animosity) between three devotees of Sigmund Freud: a brilliant elder statesman, his one-time mentee, and an autodidact Rolling Stone journalist somehow along for the ride. It’s set in the 80s. Non-fiction.

Ashamed to say I bought this in a matching set with two of her other books – including Psychoanalysis: The Impossible Profession, her survey of late-20th century psychotherapy. Three crisp paperbacks, the colour of butter. Granta, I think. I already had one of her books, and desperately wanted a ‘lending copy’ to give to people. The day after they all arrived, I handled them with bicycle grease on my hands and now one has a smear.

Like most, I first encountered Malcolm through The Journalist and the Murderer. That slim tome manages more in its first paragraph than most do in a lifetime: it is simultaneously exemplar and an evisceration of a certain type of journalistic edifice. She’s a concise portraitist – a secondary character is ‘a fast-talking man with a slightly soft outline’, an archivist stands out from his American counterparts ‘the way a lady’s slipper leaps out at you in the woods’. You get the sense she’s having quite the time, as men (and it’s always men, at least in her early books) dissemble all about her.

I desperately wanted a ‘lending copy’ to give to people. The day after they all arrived, I handled them with bicycle grease on my hands and now one has a smear.

Oh god. The worst kind. I never finish anything or remember it if I do. I’m barely literate. For two years now I have been half-heartedly working my way through the Dictionary Society of North America’s recommended reading list (dry but good), some high school friends have kept a book club simmering for a decade now (the pressure keeps me honest, and the variety is nice). Where possible, I try and regulate my reading: RSS feeds to a partitioned inbox keep me vaguely up to date with what’s happening in the world of linguistics, a Google alert for ‘dogs with hoverboards’ that I had to turn off because of a house fire once.

I am filled at all times by an acute sense of inferiority. I read books in an attempt to counteract this, it never works. Accordingly, our house continually accumulates little Jenga stacks of dog-eared academic works on the English language, the history of Anglo-Saxon surnames, George R Stewart on toponyms. Some Russell Hoban there, too. Lately I’ve found myself re-reading old books on a Kindle when I can’t sleep – I once wanted to make a pun about the clothing label Gorman and so read Gormenghast in its entirety (forgot to make the pun). On the trashier end: my mother and I bond over new releases in the Jack Reacher series. It was a significant blow to the Webb family when news broke they’d cast Tom Cruise as Reacher in the films: he’s far too short.

I never finish anything or remember it if I do…I am filled at all times by an acute sense of inferiority.

For the first time in my life I am cohabiting with the person that I love. Combining books was one of the first things we had to do upon living together – a surprisingly intimate act, really. It’s like your interests have to clasp hands. We put them all on the floor to work out how to sort them. The books now span two vaguely Nordic cheapo shelves and a big blocky IKEA one, give or take. One shelf is fiction, roughly alphabetised. One began as alphabetised non-fiction but has since morphed into a generic flat surface for new reference purchases or cups of tea. The last is for ‘miscellaneous’, big coffee table books, and our modem.

The most significant book I own – also the book I have owned the longest – could charitably be termed a travelogue, and was written by my father. It is called ‘Barney’s Big Adventure in Melbourne ‘95’, and is a collection of polaroid photos of my childhood soft toy Barney, a taxonomically indeterminate bear. On each page rests a polaroid photo of Barney hard at work on some facet of television production (my father worked in television at the time), and each photo is accompanied by a sticky note-as-caption: BARNEY PROCESSING TIME SHEETS, BARNEY CHECKING ON THE CATERING, BARNEY WITH THE MAKE-UP GIRLS. Many of the sticky notes have been abraded by time and gleeful wear. It is the book I will save if a fire comes.

Cohabiting with the person that I love, combining books was a surprisingly intimate act, really. It’s like your interests have to clasp hands.

G.K. Chesterton’s The Man Who Was Thursday. Does any other title invite such question! What significance! I can’t get over it – it’s the type of sentence Chomsky might have written to demonstrate some loophole in traditional models of grammar: the horse raced past the barn fell, colourless green ideas sleep furiously, the man who was Thursday.

Anyway. The book is a farce, a sort of madcap detective thriller about a policeman-cum-poet, Gabriel Syme, who is tasked with infiltrating a secret society of anarchists. The members of this club are named for days of the week: Syme soon fills the eponymous spot, but struggles to thwart the council’s head – the villainous Sunday.

Chesterton wrote it in 1908, so its vision of terrorism is luridly quaint – dynamite is involved, yes, but it’s clear Chesterton is concerned primarily with an anarchy of the spirit. Why live here? Because I think this work contains somewhere within it many revelations about our world. It is also very funny. (Later in the book, during a memorable chase sequence, one character asks: ‘Who knew anarchists were so organised?’) It is also written, I think, with the all the frustrating intensity and vagueness of a dream. Which is fitting: its subtitle is A Nightmare.

I’m sure if I inhabited the world I’d be some unnamed tertiary character, marvelling at the spectacle of such duelling aesthetes, resolving to think about the world I inhabit just that little bit more.

Please look at both the ABC’s pronunciation database and its public-facing style guide. Are they good? Are they bad! Tell me. 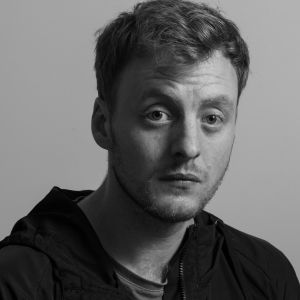 Tiger Webb, for his sins, looks after the ABC’s pronunciation database and tries to keep its style guide in order. He has been with the ABC in various guises for six years — previously, he has worked at an ice cream sandwich factory, a service station, a patisserie and a removalist’s. 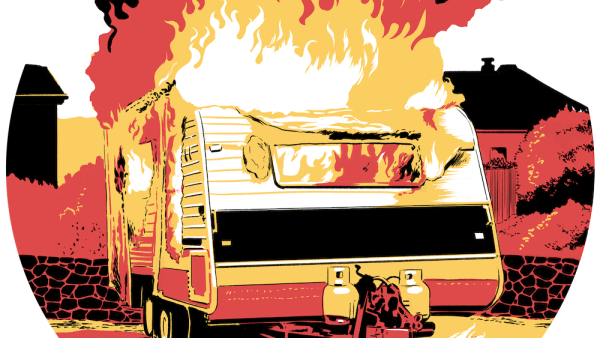 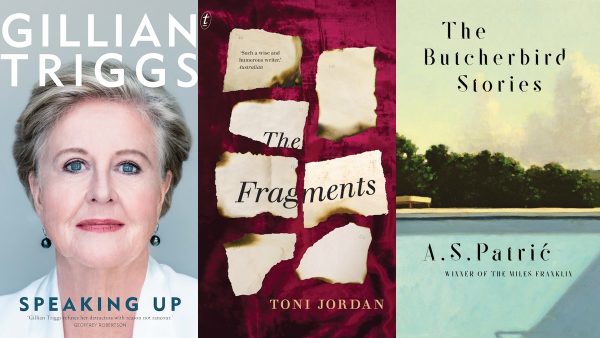 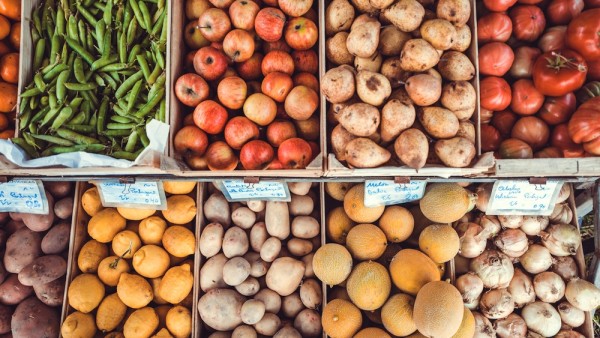 Wasting in the Bin 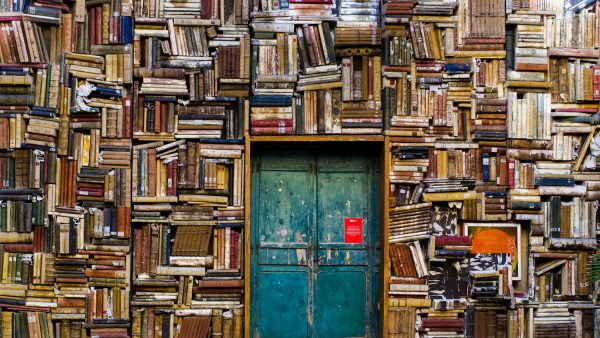 To Open the Door, or to Barricade It: On Writing ‘The Nowhere Child’