Using a text-only queer dating app in lockdown made me long for the early days of the internet, when anonymity gave us the freedom to be more candid. As a genderfluid person, it’s a thrill to build my body from scratch, to write it into being. 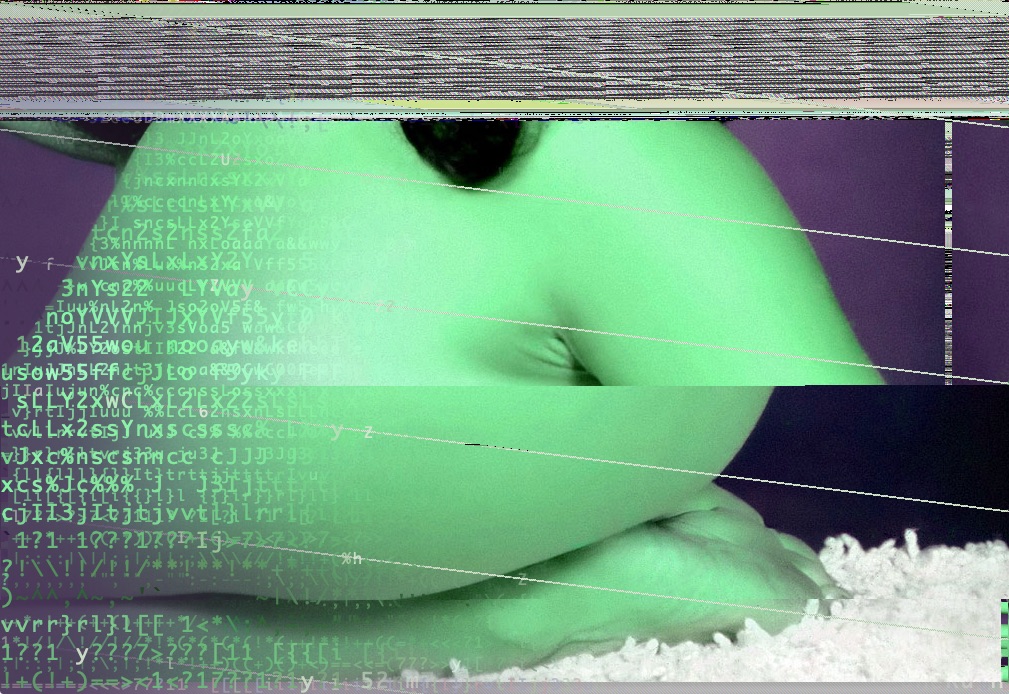 A couple of weeks into the first lockdown, I start obsessively sexting a stranger off Lex, a text-only queer dating app. Neither of us use our real names or our real bodies. But we use our teeth, and fingers, and every hole. We exchange spit and sweat, blood and bruises. We boast about the capacity of genital configurations we only have on this small screen. I fist them through the phone.

It’s a handheld affair, conducted through swipes and taps on a smooth, bright screen that stands in contrast to the sticky urgency of our messages. Quickly their tone turns plaintive, confessional. Without discussing it, we fall into position, by which I mean I fall into control. They beg, I withhold; they beg some more, I deliver. Turn by turn, they chance upon exactly the things I like—some predictable, some obscure. We seem to understand each other. Our imaginary bodies fit together just so.

The torrents of words between us are visceral, intimate and highly charged, yet also somewhat fictive. Our exchange feels like the slash fics I had read breathlessly on fandom forums as a teenager: the desire and intention are real, but the subject is cloaked, projected. At times I wonder if we’re having cyber sex or co-writing erotica, and whether even there’s a difference. Isn’t fucking always like writing something together?

For me, as a genderfluid person who grew up on zines and Livejournal, there’s something sentimental and electric about these word-first interactions. It’s a thrill to build my body from scratch, to write it into being. Text—interpellation—is a powerful means of gender affirmation, and fucking with the body I write can feel more profound than fucking with the body I was given. It’s also a portal to my adolescence. Before the real-name internet, when dial-up speeds were too slow to send videos, photos, and even emojis, it was always verbose, disembodied missives that made my blood rush late at night in the glow of a computer screen.

I often get lost in the slip between text and the body. I’ve been getting off on reading since I was very young.

I often get lost in the slip between text and the body. I’ve been getting off on reading since I was very young. As a migrant child, English was a private pleasure. Novels, in particular, were a delicious indulgence I hid from my parents, who thought them unserious, especially if the author had the misfortune of remaining alive. In 1999, I met the internet, and I fell hard. I discovered blogs, fandom, queers, and kink. I learned about polyamory and decided—without having dated anyone at all—that I didn’t want to be monogamous. In text-only chat rooms, I tried out all sorts of things long before I tested them in the flesh. Later, almost all my serious relationships involved reams of correspondence, pitching woo one word at a time through multiple digital and analogue platforms. My most precious possession is my email archives.

What I’m trying to say is, I know there’s supposed to be a gap between the thing and the story of the thing, but often I can’t see it. And for so long, the internet was where I was most myself.

I’m often homesick for the internet I grew up with, where the dominant tone was painful sincerity rather than snappy wit, and no one had to have a body unless they wanted one. Online, elves pined for hobbits and Anne Carson’s Sappho folded seamlessly into shipping Willow/Tara. Offline, Asian girls were defined by whether they dated Asian boys or white boys—all other options were unspoken—and I didn’t get to be a goth because I already had black hair. On the internet, the facts of my flesh were undisclosed. When I was fifteen, I spent a few months starting arguments on a neo-Nazi message board, which should have been frightening except that (without any prompting) all the members assumed that I was a white boy progressive. Their misfired insults were easy to brush off. Talking about politics without having to wear my name and my face felt like a dream.

These days, many online platforms require identity verification, and concealing your race or gender online is often considered catfishing—a form of deceit. On The Circle, a Netflix reality series I start watching just before the first lockdown, contestants remain in separate apartments, interacting only via chat. Much of the on-screen drama revolves around trying to figure out who is a catfish. But for me, some of the so-called catfishes seem more genuine than other contestants who use their real names and photographs yet somehow manage to disclose nothing telling about themselves.

I’m often homesick for the internet I grew up with, where the dominant tone was painful sincerity rather than snappy wit, and no one had to have a body unless they wanted one.

Two of them are easy to empathise with: there’s Karyn, a butch Black lesbian who reinvents herself as a younger, thinner bisexual femme, and Sean, a proud fat babe who uses photos of a thinner friend. These adjustments obviously offer protection from familiar prejudices. One of the most compelling characters to me, however, is Seaburn, a young man who plays as a woman called Rebecca, using photos of his real-life girlfriend with her permission. This is ostensibly just a tactical move: ‘online, hot girls get more likes,’ he says. But as the show progresses, his commitment to the character seems to deepen. It feels as though the conceit develops into a means for him to explore romance and connection, albeit in a limited way, from the other side.

It reminds me of a Black Mirror episode—spoilers ahead—in which two men who’ve grown apart in their friendship reconnect in an immersive virtual reality combat game. They always use the same avatars, a woman and a man, and eventually they start having sex as these characters. But their passionate in-game affair doesn’t translate to the outside world. I dissect the episode with another trans critic: They disagree that the narrative is queer, while I feel the story’s prickly tensions around desire, being, relationality and authenticity are the very definition of queerness. Needing elaborate narrative scaffolding to get off—that speaks to a certain kind of queer sexuality for sure.

The idea of ‘catfishing’ is pretty new—the term introduced by the eponymous 2010 documentary. While in the digital realm, concealing or altering your identity tends to be seen as malicious deception, when it comes to literary courtship, it’s often presented as innocent, even romantic—a purer expression of love. June 2020 comes with the release of The Half of It, a coming-of-age film about Ellie, a reclusive, entrepreneurial Asian girl who helps sweet-natured jock Paul write love letters to his crush, Aster, before coming to realise she’s in love with Aster herself. This teen lesbian take on the classic Cyrano trope fits with the mood of the moment, and though the film falls apart at the end in my eyes, I am charmed by the intellectual banter and the asynchronous, slow-burn textual flirtation. At one point, Aster and Ellie-as-Paul leave teasing messages for each other on a wall: ‘Your move,’ Aster writes in spray paint.

After weeks of sexting with my Lex flame, I break the fourth wall and discover that both of us are gender-fluid and neither of us is white. It doesn’t surprise me at all—it makes sense that we would vibe on this platform where our bodies don’t speak for us. Rather than pretending to be someone I’m not, the anonymity of the app allows me to be more candid. And conversely, it also feels more like meeting someone in real life, when I’m not dragging around my very searchable name and by extension, my entire internet history. In quarantine, every social interaction is deliberate, and I miss the unplanned, unavoidable intimacy of living in a city, of standing shoulder-to-shoulder with strangers on the train. I miss strangers.

In the frenzy of the pandemic, it seems many share my nostalgia for the internet of the early noughties. Just as we find comfort in teenage ways of listening, we revert to this earlier mode of interneting, heavy on sentiment and light on bandwidth. Lex, in particular, reminds me of Livejournal, though its founders point to an earlier lineage: the app was inspired by the personals in On Our Backs, a lesbian erotica magazine from the 80s. Or maybe it goes back further still—I see countless posts reference Vita and Virginia, the OTP of epistolary longing. Either way, the platform’s imageless, asynchronous mode of connection offers respite from the internet of today, which auto-plays live press conferences while you doom-scroll.

While at first, limited in-person interactions seemed to reduce opportunities for misgendering, after six months, the cabin fever has released its own brand of dissociation.

But as the months drag on, the novelty wears through. Swagger gives way to despair. I go from making mixtapes titled ‘Massive Open Online Obedience School’ to listening to a handful of devastating shoegaze tracks on loop. Lex is awash with panicked yearning. Even Tinder starts to read like PostSecret. Hold my hand through the phone, people beg. Eventually, the drama fizzles out and everyone is just plain sad. One person ghosts me after weeks of daily messaging. In another exchange, I’m the ghost. It doesn’t matter anyway: nothing is real. No one has a body except for the virus. No one has a body except to die.

By the time Melbourne enters Stage 4 restrictions in August, I am grey all through. The world outside keeps receding. While at first, limited in-person interactions seemed to reduce opportunities for misgendering, after six months, the cabin fever has released its own brand of dissociation. It’s like, there’s nothing to push against. I feel formless, raw, translucent, ephemeral, untethered. A ghost.

When I do leave the house, I am unprepared for other people—casual microaggressions sting much more than usual. When I stay at home, the endless demands for video and audio content set off my voice dysphoria. The torrents of words lose their momentum, seeping into a deep pool of overwritten meaninglessness. The infinite deferral of the flesh, of the material, moves from something charged and erotic into a kind of atrophy. As the crisis turns chronic, it stops feeling like an apocalypse, or maybe it starts to feel the same as every other apocalypse crowding my mind. ‘Just a squeal of pain,’ as Vita would write. So many needless deaths. Brutality braided with banality. The world is always ending yet never over, and here we are, mired in uncomfortable flesh and too many words. 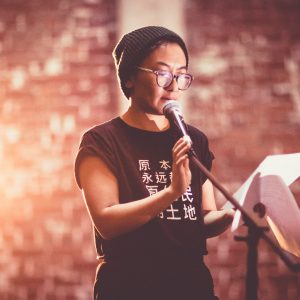 Jinghua Qian is a writer, critic and commentator often found thinking about race, resistance, art, desire, queerness and the Chinese diaspora. Born in Shanghai, Jinghua now lives and works in Melbourne, on the land of the Kulin nations. jinghuaqian.com | @qianjinghua 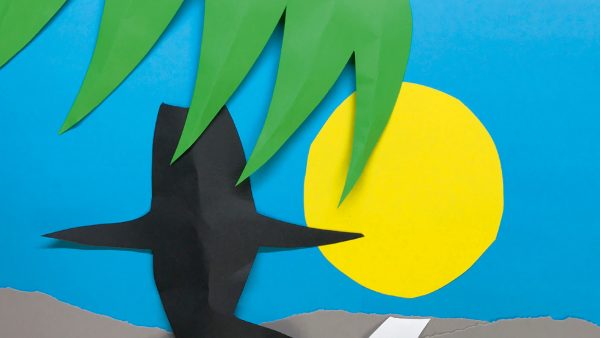 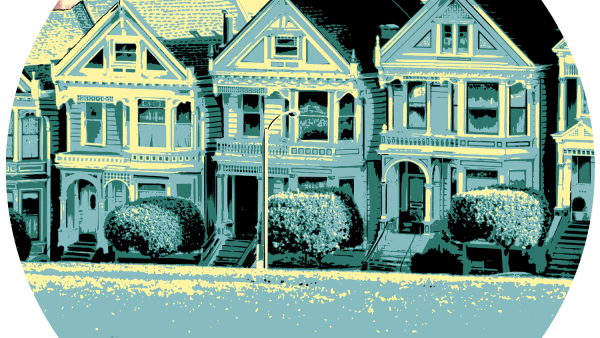 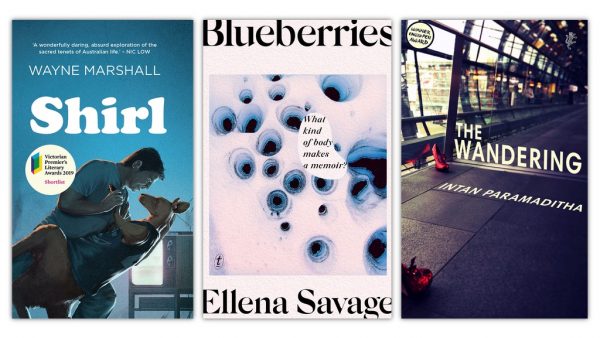 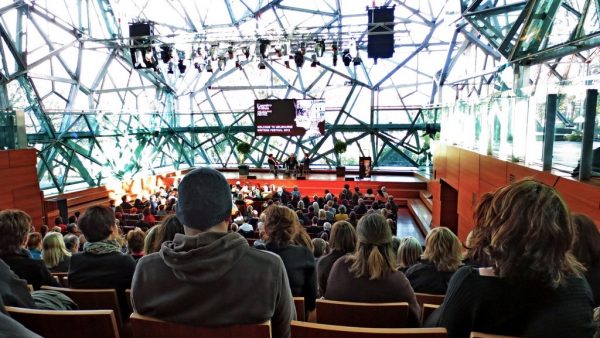