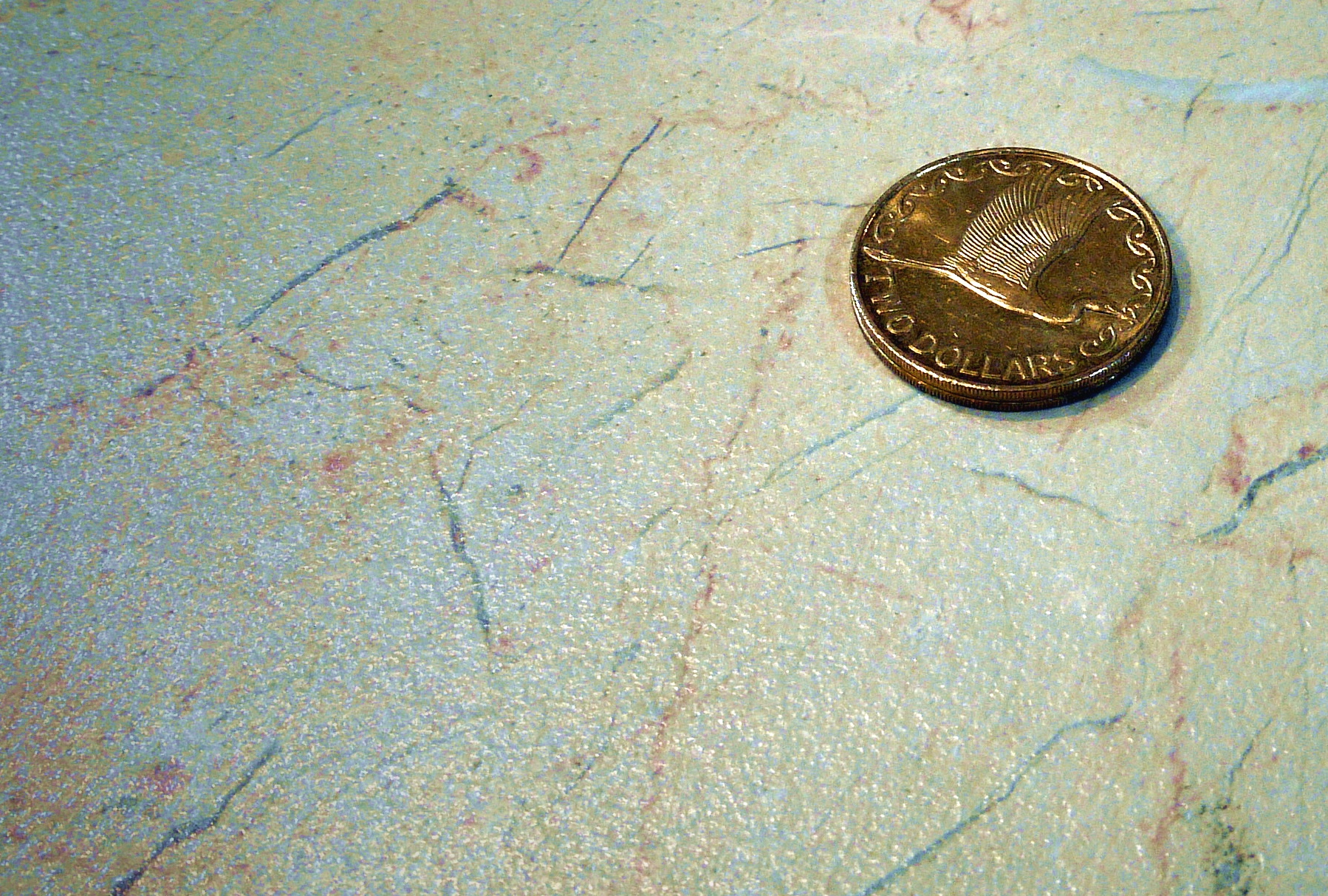 I have not paid rent for six weeks. My flatmates are not happy. They pound on my door saying they know I’m in there, but I don’t answer. I keep my door locked at all times and climb in and out of the window.

I don’t want to know how big my student loan is. I never open mail from the IRD because I know what it will tell me. I have spent tens of thousands of dollars on the papers I finished, and at least $5000 on papers I didn’t. Plus there was $1000 on course-related costs every year for four years, and $170 a week for living costs, which wasn’t even really enough to live on anyway.

My parents sometimes loan me money: $100 from Mum here, $200 from Dad there, another $300 from Mum again. Every year they write off the debt for Christmas, but one day I would like to pay them back.

My coworkers often cover my shifts when I’m sick. Usually I’m not sick; I’m hungover. I’ve promised to do the same for them, but I haven’t yet.

Whenever it’s my turn to buy toilet paper, I buy a four-pack. Everyone else in the flat buys eight-, twelve- or sixteen-packs. I don’t buy milk, but I drink milk. When I’m drunk, and I’m often drunk, the whole fridge is up for grabs. My flatmates have taken to storing their favourite foods in their rooms.

When I’m drunk, the whole fridge is up for grabs. My flatmates have taken to storing their favourite foods in their rooms.

Mum paid for me to go to the dentist and to the optometrist. I lost my glasses after a couple of months and I’ve avoided talking to her since then so she doesn’t find out.

My boss asked me to work late one weekend and I told him to go fuck himself. I haven’t returned to work since.

I don’t know how I even got a credit card.

Every weekend between the ages of fourteen and nineteen, Patrick and I would get drunk together. I would spend the last of my money on beer, not eat dinner, and get absolutely wasted. To stop this, Patrick would buy me a souvlaki and say, ‘Make sure you pay me back this time.’ I never paid him back.

Who in their right mind let me get a dog?

Last Christmas, I used my credit card to buy presents for my family to say thanks for putting up with me. I bought my father a fishing rod. I bought my brother a guitar. I bought my mother a sewing machine. I told them I had won some money on a Scratchie. I bought myself a new stereo and a PlayStation. I have been buying Scratchies since then to try and make the money back. All I have won is more Scratchies.

Last Christmas, I used my credit card to buy presents for my family to say thanks for putting up with me. I told them I had won some money on a Scratchie.

I owe Patrick my life. He caught me drunk in the act, with my bad head and a knife and my arms in a bloody mess. He pulled me away and held me and didn’t let go. I cried into his shoulder for twelve hours and bled all over his nice shirt.

‘I owe you everything,’ I said.

‘You owe me nothing,’ he said.

I have done bad things I’ve never told anyone about.

I have been paying off my debt to Work and Income at $10 a week for the past 25 weeks. I only have five weeks to go.

I’ve stopped smoking weed because I owe both my dealers $100 each. Word has gotten round and no one will sell to me anymore.

It’s been two years since I last saw Patrick.

I sold my new PlayStation and stereo for rent money, but I didn’t spend the money on rent. I don’t know what I spent it on.

Debt collection agencies are sending me letters. I haven’t opened any of them.

Debt collection agencies are sending me letters. I haven’t opened any of them.

I owe the video store a copy of Forrest Gump on DVD. I wanted to return it but I kept forgetting and then I threw it in the bin thinking it would go away. It hasn’t.

I owe the university library $180 and they won’t let me graduate until I pay it.

I have benefited from colonisation and genocide and I don’t even donate blood.

I owe my dog a nice long walk.

Last night I unlocked my door for the first time in weeks and packed my bag with a few changes of clothes and nothing else. I knelt down and rubbed my dog’s head and let him lick my face and I left the house. I got to the supermarket ten minutes before it closed. I was going to spend the last of my money on a bottle of wine, but I bought a pack of gum instead and put the rest of it in the charity box. I walked north until the city got industrial, then suburban, then the yards got bigger and the footpath disappeared until I was walking by paddocks along the muddy grass next to the road. I chewed gum and kept walking until the paddocks turned back into suburbs and the footpath reappeared. I passed another supermarket, where I paused to spit my flavourless gum into the rubbish bin. Then I kept walking, past a McDonald’s, a petrol station, a car yard, another supermarket and back into the suburbs. The houses thinned out again and I was back on the muddy grass next to the road. Cars drove past and one flashed its lights at me but didn’t stop. I kept walking at a steady pace. It was paddocks for a long time until there was a petrol station and a fish and chip shop, then more houses, and then there was a cafe with a bench outside. I sat on the bench and hugged my backpack. I held my head up and watched the sky lighten. A car parked in front of me and two people and a greyhound got out. They unlocked the door to the cafe and went in. Twenty minutes later the people came back out of the cafe. One put a sign outside and the other latched the door open. They went back inside and a jogger ran past. The greyhound came out of the cafe and put her head on the bench next to me. I patted her and she looked at me. Her tail didn’t wag. I stopped patting her and she kept looking at me so I patted her again.

‘She likes you,’ the cafe owner said from the doorway.

‘She’s not bothering you, is she?’ the cafe owner said.

‘No, if anything she is not bothering me enough.’ I patted the dog for a while longer and she looked right up at me the whole time. I didn’t like looking in her eyes. Then, without warning, she turned around and went back into the cafe.

I sat on the bench looking at a blue house across the road. People came in and out of the cafe and the traffic got heavier. I pinched my arm as hard as I could and counted the seconds I could stand it: 119. I tried again with a different part of my arm and only lasted 94 seconds. I scrunched my eyes closed as tight as they would go and put my hands over them to stop light coming in. I pushed the heels of my palms hard into my eyes and the black turned into flashing bright white. I stared at the white so hard it burned, until I could see through it to my nerves in the back of my eyes.

Someone called my name. I took my hands away from my eyes and the world shone white with black pulsing lines. A figure crossed the road towards me. He was silhouetted against the bright white. His arms were stretched out, with rays of sunlight falling all around him. He was holding two souvlakis and had a smile on his face that looked like a million bucks. 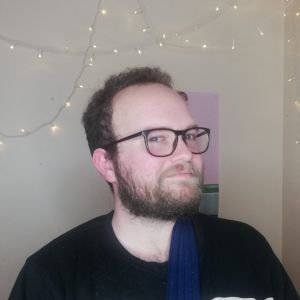 Eamonn Marra is a writer and comedian from Pōneke, Te Ika-A-Māui. He has performed at the Wellington Opera House, TV3's AotearoHA: Rising Stars and in comedy and fringe festivals across New Zealand. His writing has appeared in Sport, the Spinoff, Turbine | Kapohau, the Pantograph Punch, Mimicry, and on RNZ. He has a Masters in Creative Writing from Victoria University of Wellington. His first novel, 2000ft. Above Worry Level, will be coming out in early 2020. 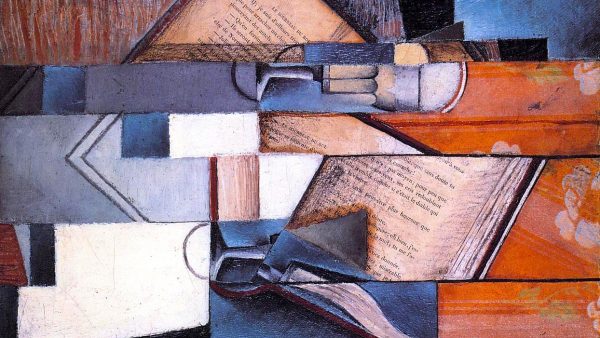 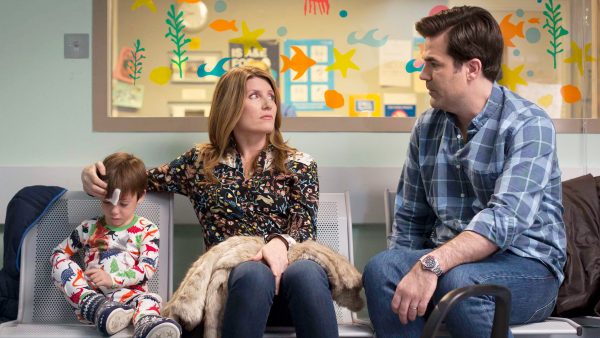 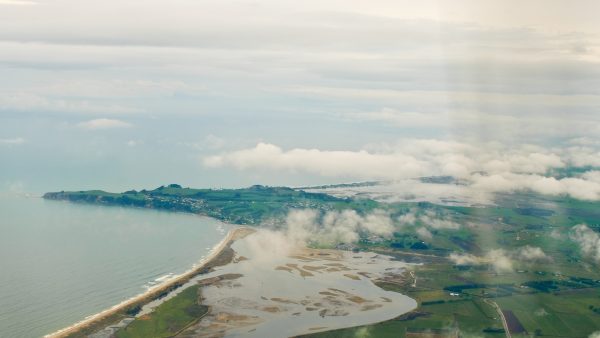 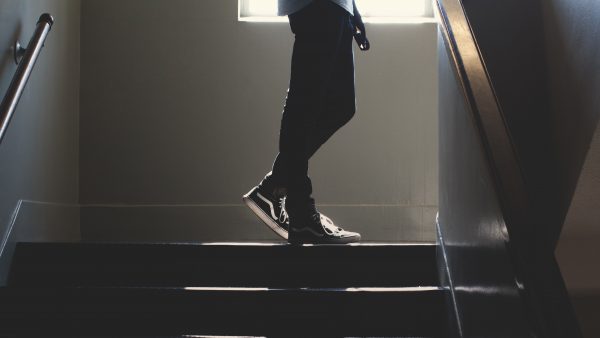 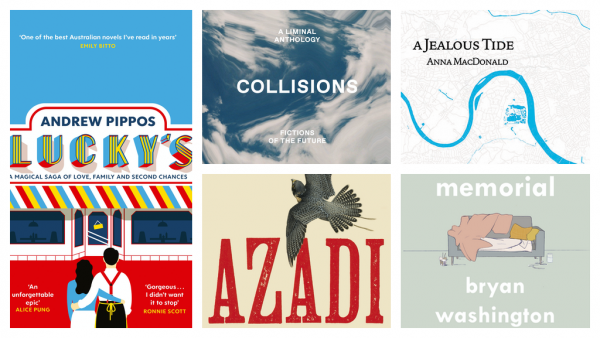 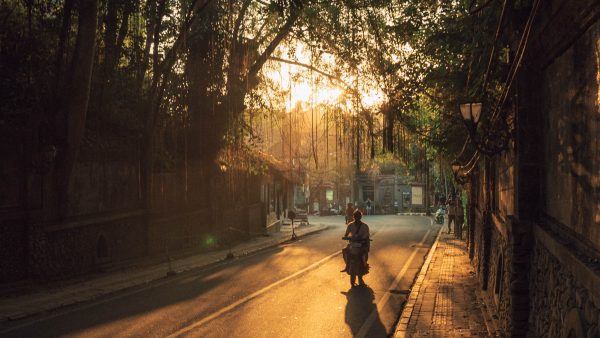