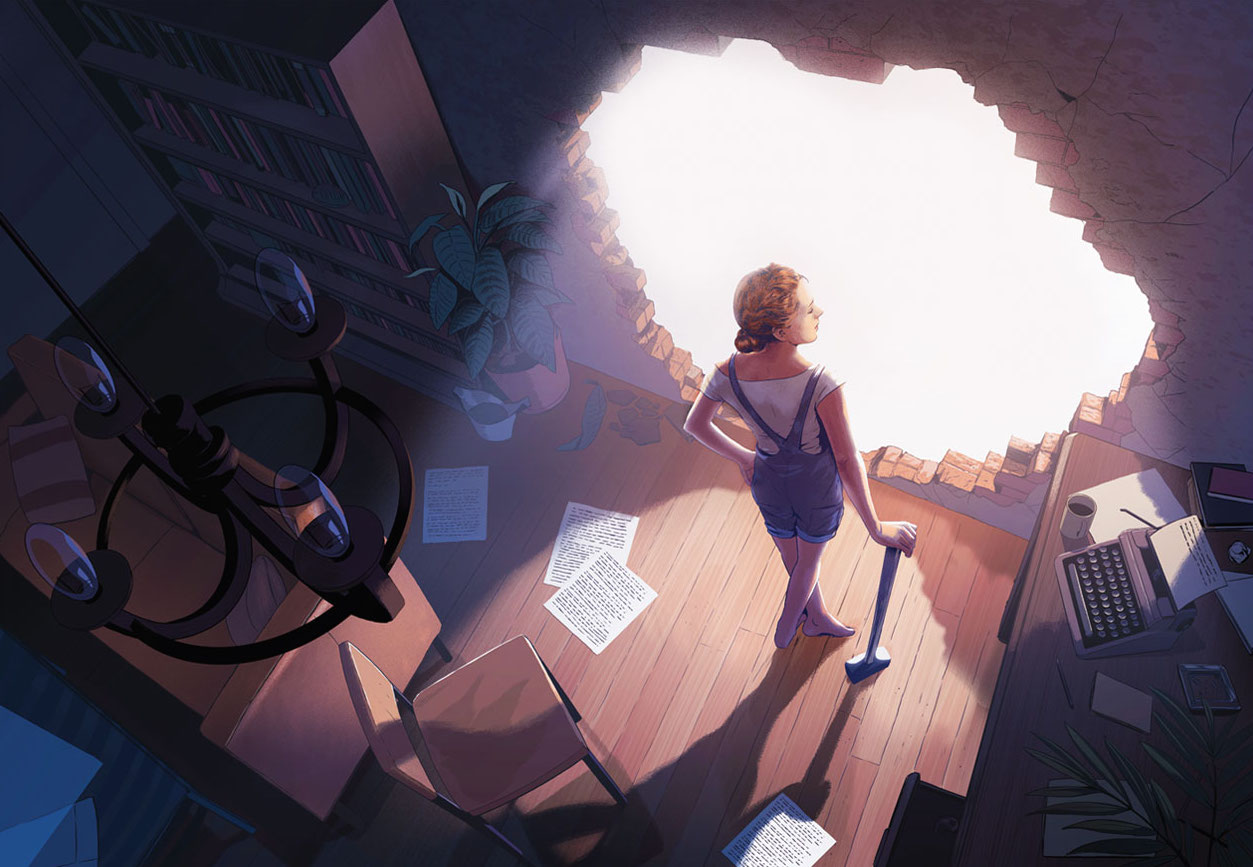 Ask Me How I Am by Kylie Maslen
A new book exploring women’s experiences of addiction and substance abuse highlights the structural misogyny in the way women’s pain is researched, treated and silenced.

Blood In All My Titles by Caitlin McGregor
A pregnancy unearths new depths to a mother-daughter relationship, and a new understanding of the body and the self.

Come Along for the Ride by Rebecca Shaw
With more diversity than ever in comedy, especially in the representation of women, why do some male television executives still fail to acknowledge these talents?

Love and Squalor by Veronica Sullivan
In The Trauma Cleaner, Sarah Krasnostein delivers a tender reminder of the extraordinariness of forgotten, ignored or seemingly ordinary lives.

Shouldering Shame by Yen-Rong Wong
Growing up in a conservative Chinese—Australian family, the power of shame in manifesting and reinforcing bodily rituals and standards of modesty can leave a lasting mark.

Spare Rib by Rhea Bhagat
As the ‘wellness industry’ booms, the nuances and cultural tensions of ‘ethnic’ food are being steamrolled in service to a narrow Western ideal that expects women to prepare food but curb their own appetites.

The Problem of Sexiness in Surf Culture by Erin Hortle
As looks and marketability continue to play a role in securing sponsorship for female surfers, the sport moves further away from its anti-establishment roots.

Women on the Verge by Sonia Nair
As cultural depictions of sexual relationships between young women and older men raise ethical questions about empowerment and exploitation, new texts centring women’s perspectives ask us to radically rethink the way we talk about sexuality and agency.