Deaf since early childhood, Caleb Zelic used to meet life head-on. Now he’s struggling just to get through the day. His best mate is dead, his ex-wife, Kat, is avoiding him, and nightmares haunt his waking hours. But when a young woman is killed after pleading for his help in sign language, Caleb is determined to find out who she was. And the trail leads straight to his hometown, Resurrection Bay. The town is on bushfire alert and simmering with racial tensions. As he delves deeper, Caleb uncovers secrets that could threaten his life and any chance of reuniting with Kat. Driven by his demons, he pushes on. But who is he willing to sacrifice along the way? The following excerpt is from chapter 4. 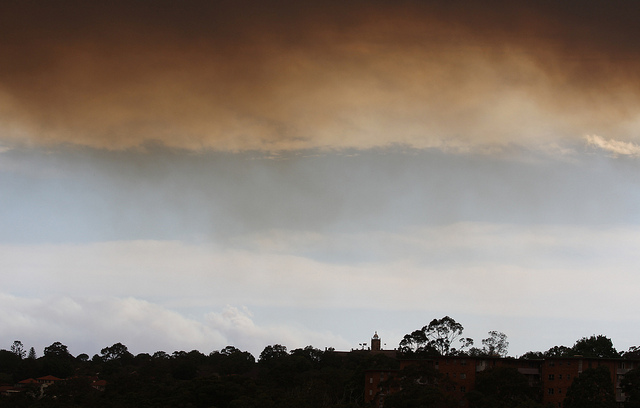 The mansion stood on a small rise overlooking Red Water Creek. A gracious bluestone with wide verandahs, the place had stood empty throughout Caleb’s childhood, but someone had put some serious money into it recently. It had a new slate roof and iron lacework, and was surrounded by a lush garden that was a shock of green in the hard afternoon light. The plaque next to the wrought-iron gate read: Hirst.

Caleb parked outside and detoured to a towering river red gum that stood on the banks of the creek. One of the few scar trees still standing in the area. Its bark was a smooth, dappled white. An ovoid section showed dark against the pale trunk, taller than him and an arm-span wide: the mark where Kat’s ancestors had cut away the makings of a canoe centuries ago. ‘Old fella,’ she’d said when they’d come across it in one of their hormone-fuelled walks as teenagers in search of privacy. Not a random route, he now suspected – she’d been guiding the gubba boy through her history, watching how he placed his oversized feet.

She’d been gone for four months now, had left just as he’d begun to see glimpses of her old self. She’d been hurt because of him. Tortured. Her arm cut and fingers broken, her blood flowing from her veins and pooling on a dusty warehouse floor. All while he’d stood and watched, helpless. But for some unfathomable reason, she didn’t seem to blame him. They’d spent the three months after the attack slowly feeling their way back through the ruins of their past, not quite coming together, but inching closer. And then she’d left. A phone call from a friend, the suggestion of a road trip, and she was gone, leaving him reeling. She sent him chatty emails now, their Friday night arrival so regular that it spoke of a note in her diary. She never mentioned the things he was desperate to know but couldn’t bring himself to ask: if her hand still hurt, if she could sculpt yet, if there was any chance for the two of them.

He pressed his palm against the tree, then headed for the house.

A discreet black intercom was set into the bluestone column beside the gate. Intercoms – even worse than doorbells. He pressed the button and waited. Pressed it again. The front door opened and a man in his mid-sixties looked out. Steel-grey hair and rimless glasses, dressed in a neatly ironed shirt and beige slacks. He gave Caleb a thorough up and down, assessing his clothes and income, his threat level. Caleb smiled and waved, added a little stoop for good measure. Too much? No, the man was heading over.

He reached the gate and gave Caleb another examination – eye to eye, but somehow looking down his nose. The short walk had left him slightly breathless.

‘Isn’t the intercom working?’ he asked.

‘I’m not sure. I’m looking for someone who knows Portia Hirst.’

‘I’m her father. Dean Hirst. What do you want?’

A flutter of panic: Caleb hadn’t thought past confirming Portia’s identity. He wasn’t the person to be telling a father his daughter was dead. That was a job for the police, counsellors, a priest.

‘My name’s Caleb Zelic. I’ve just got a few questions about Portia.’

He passed his business card through the gate. People usually relaxed when they saw it, trust gained by a sans serif font. 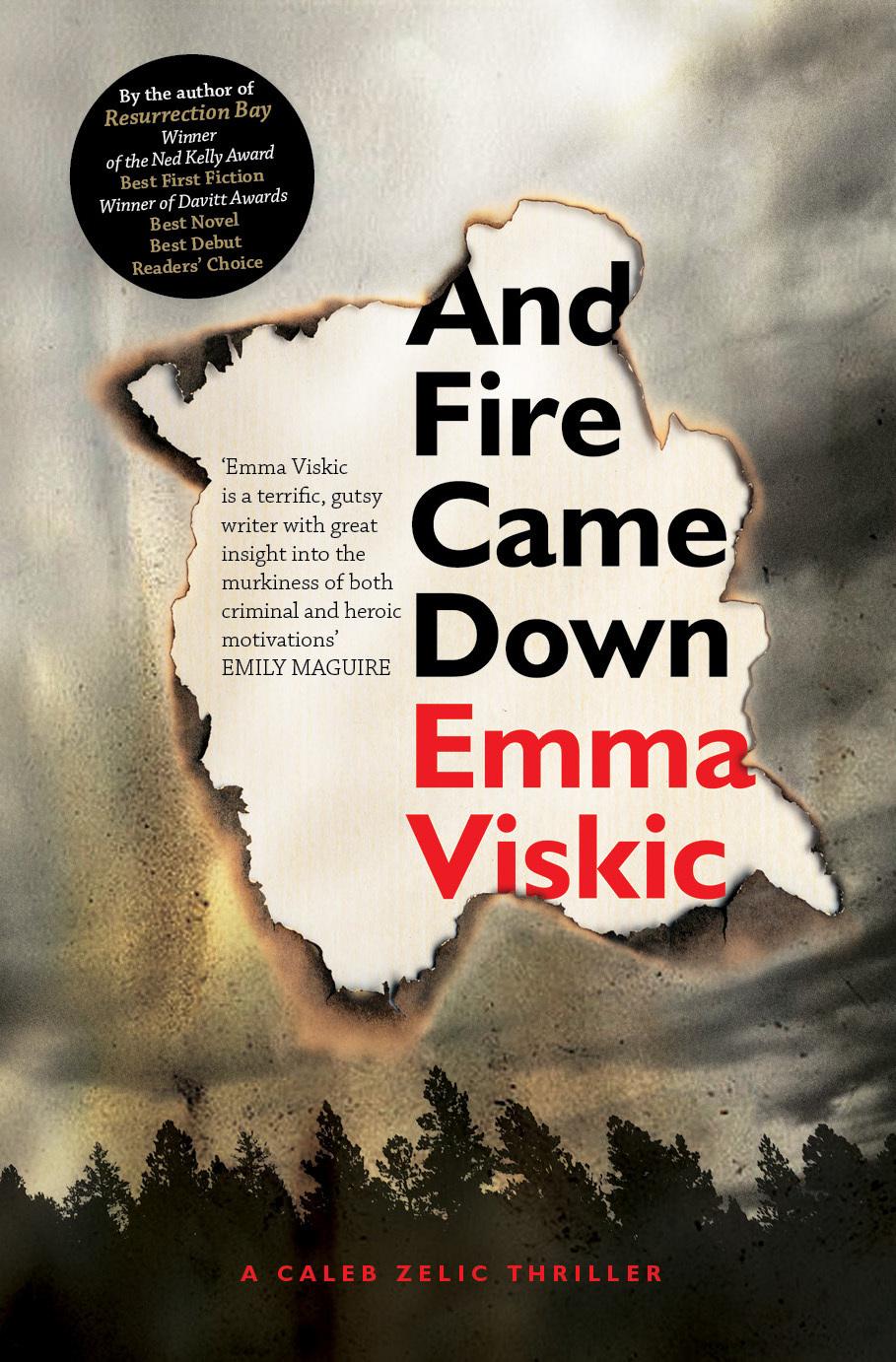 The house was cool inside, and smelled of wax and money. Hirst led Caleb to a small study that looked like an up-market funeral parlour. The walls were built for artwork, but there was only one painting: Hirst and a younger woman with a teenage boy and toddler, none of them smiling. An echo of Portia in the woman’s mouth and green eyes.

Hirst gestured to a chesterfield in a dark corner, but Caleb headed for a pair of stiff-backed chairs by the window. Hirst hesitated then followed, his breathing laboured. He obviously needed the Ventolin inhaler that was in his front pocket, its outline clearly visible, but he wasn’t going to use it in front of Caleb. The type of man who associated physical weakness with a moral one. This was going to be a fun conversation.

‘What’s this all about?’ Hirst asked. ‘Why are you interested in Portia?’

That was a question best answered with a half-truth. ‘She came to see me in Melbourne last night. I think she might be connected to a case I’m working on.’

An odd thing to ask.

So Hirst had let him in to quiz him about Portia. And not very subtly. This was a man used to asking direct questions and getting direct answers. Interesting speech patterns, too. Perfectly formed consonants one minute, flattened the next: the framework of a poor childhood showing beneath a thin veneer of sophistication.

‘I don’t know,’ Caleb said slowly. ‘We didn’t get a chance to speak. Did she talk to you before she left town?’

Hirst lifted a hand. ‘I haven’t seen her for days.’

‘She’s flighty. Changes degrees at the drop of a hat, changes jobs, changes homes. Running off for a couple of days is hardly something to be concerned about.’

And yet he’d let Caleb in to question him.

‘Is Portia’s mother around?’

‘We’re divorced, she’s…’ Hirst’s words were lost as he pulled out his phone and frowned at the screen. He was already moving on from their conversation: things to do, people to intimidate.

‘Sorry,’ Caleb said, ‘could you say that again?’

An irritated glance. ‘She lives in Adelaide.’

‘She runs around planting trees and…’ Another downwards glance.

‘Sorry, can you look at me when you speak?’

Another flash of emotion crossed Hirst’s face, this one easy to identify – anger.

‘I beg your pardon?’

Frankie’s first rule of interviews: don’t piss off the subject.

Caleb took a breath and said the words. ‘I’m deaf. I need to see your face when you talk.’

Hirst looked at him blankly, then leaned back in his chair. Caleb had the strong impression that his threat level had just been downgraded from ‘moderate’ to ‘non-existent’.

‘Ah well,’ Hirst said. ‘These things are sent to try us.’

Caleb pulled out his notebook. ‘Can you give me a list of Portia’s close friends?’

‘I doubt she has any – she’s only been here five months.’

‘Where’d she move from?’

‘I beg your pardon?’

‘It’s unusual, a woman of her age moving from a city to a small town. Why the decision to move?’

Caleb waited him out. Most hearing people panicked when they were dropped into silence, throwing words like grappling hooks to pull themselves out. He’d only met a handful of hearies who could last more than five seconds. Hirst lasted seven.

It was a long way to come to get away from a boyfriend, around six hundred kilometres. Could the blond man in the alley have been Portia’s boyfriend? The old, familiar story of misplaced trust?

‘Well, if that’s all.’ Hirst stood, brushing off the legs of his pants.

‘Sure. I’ll just take a quick look at Portia’s room and get out of your way.’

And Fire Came Down is available now at Readings. 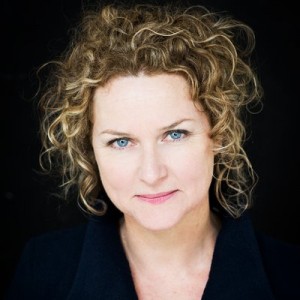 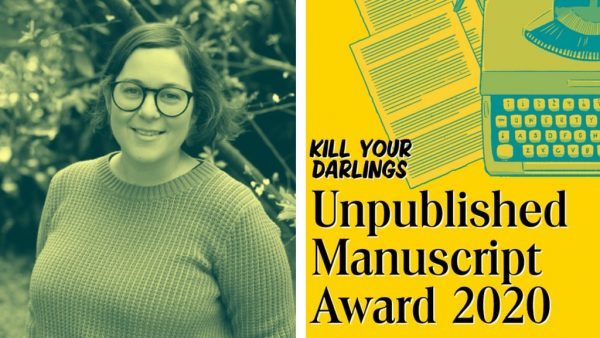