This is Susan Johnson’s introduction to The Visit by Amy Witting (RRP $12.95), available now from Text Publishing.

There are many visits in Amy Witting’s first novel, published in 1977. At its centre is the mysterious visit to Bangoree of the celebrated Australian poet Roderick Fitzallan – but, this being a Witting novel set in a fictional town in small-minded rural Australia, a poet uncelebrated in Bangoree, where ‘a poet would be a vagrant, by definition’.

She was very good at the coruscating but uncomfortable truth, was Amy Witting, in both her prose and her person. Take The Visit’s intelligent central eye, Naomi – too good for Bangoree and possibly too good for herself – who escorts Fitzallan’s biographer, Maurice Ellman, to dinner on his own visit to Bangoree. In less accomplished hands Ellman might be reduced to Naomi’s ‘love interest’ but in Witting’s clever grasp he is a man with an unoccupied heart. Witting knows that love, if you’re lucky, is always an embattled journey to the centre. Then there is Naomi’s son, Peter, on his eye-opening visit to Sydney, to girls, to sex, to emerging life and – more disappointingly – to his newly found father. Witting knows, too, life’s hard lessons in family romance – how rarely love conquers all – revealing the shabby truth in all its squirming pity. Love is often wanting, or else it speaks in the wrong words, and Witting in her genius lets us down gently.

Everywhere in The Visit is evidence of Witting’s formidable intelligence and heart. Glorious, frustrated Barbara, hemmed in by a bitch of a mother-in-law, secretly loved by Phil Truebody, himself hemmed in by an alcoholic wife and despair. Poor Phil and Barbara, playing Nagg and Nell in Beckett’s merciless Endgame as part of Bangoree’s amateur play group, Phil wondering how Barbara’s ‘incongruous words open a door suddenly on an enchanted landscape’. If Witting knew bitter truths – and she did – she also knew the endless human capacity for hope. We keep turning up for more, battering our hearts again and again, unable – or unwilling – to believe our cherished romances are myth.

If Witting knew bitter truths – and she did – she also knew the endless human capacity for hope.

If one definition of superior intelligence is the ability to keep two opposing ideas in the mind at once, then Witting knew romance is myth but also that it’s the gold standard we keep aiming for our whole lives long. Always with Amy Witting: the possibility of redemption through love. Hope runs ceaselessly through The Visit, like the river running through Bangoree, the river of Fitzallan’s famous poems. Here are Naomi and Barbara, sitting by its banks:

In the silence, as they looked after the lovers, the persistent undertone of the river was audible. Naomi thought about Phil Truebody and wondered whether a hopeless love was better than nothing at all. The river insisted quietly that to live, love, live was better. Not much better, yet better.

The most renowned author in the world today working under a non de plume is Italy’s Elena Ferrante. Ferrante has written widely about her choice to remain anonymous and her readers respect that choice, rounding on the attempt to unmask her by a journalist in the New York Review of Books.

Ferrante chose invisibility in the way Italo Calvino chose disguise in his fiction (‘Ask me what you want to know, but I won’t tell you the truth, of that you can be sure’) – yet, in adopting her pseudonym, Amy Witting chose freedom. I for Isobel was also J for Joan. Witting’s second novel was published in 1989, more than a decade after The Visit. It is regarded as her breakout novel, even though her agent (and mine at the time), Margaret Connolly, had to approach every publisher in the country with the manuscript. Despite critical acclaim for The Visit, it was I for Isobel which proved to be Witting’s announcement to the world that she was here.

But it was the decisive earlier act of turning the hand to the page, the imaginative eye to the everyday world, which announced to the girl born Joan Austral Fraser on 26 January 1918 (hence the middle name) her full existence. In declaring that existence on the page, in poetry – her first love; Fitzallan’s marvellous poems in The Visit are all hers – and later in prose, she named herself. Witting was a born writer, in that she wanted to speak the unspoken, to write her truth – which turned out to be a lot of other people’s truths – which is not to say she merely wrote down her diary.

She wrote the everyday awful truths of existence: that sometimes parents don’t – or can’t – love their children, that often people marry the wrong partner, that some of us wake to find ourselves in the wrong life. Witting knew the power of the transformative act, the power of imaginative will. Throughout her life she kept in contact with former students – who became her friends – because, I believe, she most identified with those on the brink of becoming. Amy Witting wrote about becoming because she was once Joan Fraser, who became her fullest self through an act of imaginative will.

I always knew Amy as Amy. We met through our mutual agent, not long after I published my first novel, Messages from Chaos, in 1987. I devoured I for Isobel in a matter of hours. As when I read Little Women and identified with Jo, or Jane Eyre – joining millions of girls across centuries imagining themselves like Jane, brave and shining – I imagined I knew Isobel as I knew my own self. 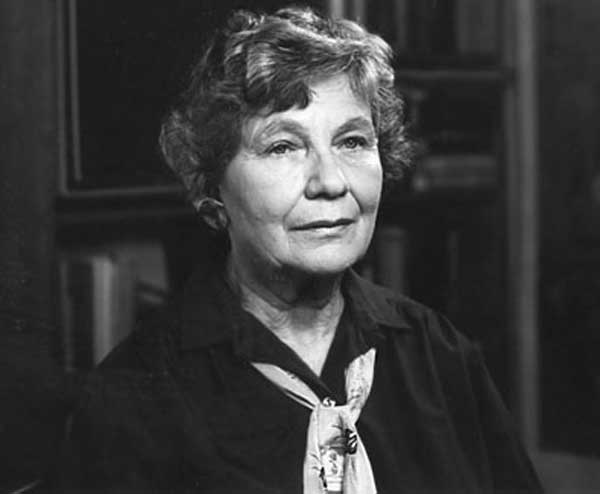 I was nervous about meeting Amy. Within moments, however, my nervousness vanished and I felt charmed. She lived with her husband, Les Levick (she had long been Mrs Levick to the girls to whom she taught French and English), in what looked like a country cottage in Epping but which I later learned was once a small farm when outer Sydney was still partly rural.

She was used to younger women. She was used to mentoring, to being magnanimous, to showing the way. She was a smoker – from memory there was no nonsense about smoking outdoors; she sat inside in a comfortable chair puffing away. Her voice was deep, gravelly, a true smoker’s. She did a good turn in cracking one-liners, she was the sort of person who used ‘one’ a lot instead of ‘I’, and she was fond of aphorisms. I saw her as a kind of antipodean Dorothy Parker.

We met a few times at her house and for meals in restaurants. I was quick with the questions – about life at the University of Sydney in the 1930s and 40s, when she was part of the bright young crowd which included Donald Horne and the poets James McAuley and Harold Stewart.

I found her forthright, ambitious, proud, a writer who wanted her work to be known and celebrated.

I knew she was supposed to be exceptionally modest and that writing under a pseudonym was possibly her way of hiding her light under a bushel. I didn’t find her like that at all – I found her forthright, ambitious, proud, a writer who wanted her work to be known and celebrated. It was clear to me she enjoyed her delayed literary acclaim. She was already gravely ill when Isobel on the Way to the Corner Shop – the long-awaited sequel to I for Isobel – won the Age Book of the Year in 2000. (She died the following year.) Anyone who saw her take the stage at the prize ceremony could not fail to see how much she enjoyed being seen, being chosen – having become.

The period when I got to know Amy best coincided with some dark years in my marriage. In 1999 I had two small children under three, a temporary colostomy because of childbirth injury, no money, and I was trying to finish my memoir of motherhood, A Better Woman. My husband thought I should put aside my book – he did some calculations and worked out I was earning fifty cents an hour. I should have been a better cook, a better mother (I know! I know!); I should have been a better woman and put aside my neurotic, vainglorious desire to write.

Life is so much messier than books. There was a terrible scene: I fled with my children to a friend’s house, where we all bunked down on the floor. I had no money. I spent hours on the phone to Centrelink; my parents transferred some cash to my account. I was forty-two years old, ashamed, the author of many books, sleepless on someone’s floor in North Carlton.

I was scraping by on titbits from publishing’s table, on freelance journalism, on teaching writing at RMIT, and unaware of the tsunami about to break over journalism and publishing. I was forty-two and I had run away from home.

My agent came to Melbourne on business. I had sworn her to secrecy – the colostomy, the marriage break-up, the scene in which I fled the house, the struggle to write my book, to become – none of which found their way into A Better Woman exactly as it happened. Memoir – like fiction – is a crafted thing, which is why I never mistake Isobel for a replica of Amy or Joan.

Margaret and I met for coffee somewhere. Where were my children? Perhaps my friend was minding them; perhaps they were with their father. Suddenly Margaret was pressing a rolled-up wad of fifty-dollar notes into my hand – five hundred dollars’ worth, in fact – a gift from Amy. ‘She doesn’t want to hear another word about it,’ said Margaret.

I’m telling it here. Amy Witting stood for becoming. Amy Witting was an exceptionally fine writer. Does it matter that she was also an exceptionally fine human being? Great artists can be shits. Arseholes can make great art. But when great art meets a great soul, something miraculous happens: the transformative act transforms every one of us who reads her. I envy anyone reading The Visit for the first time.

The Visit is available now at Readings. 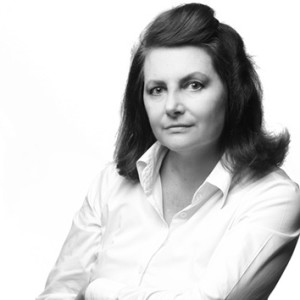 Susan Johnson is the author of eight novels and two non-fiction books, variously longlisted and shortlisted for awards including the National Biography Award, the ALS Gold Medal, the Commonwealth Writers’ Prize and the Miles Franklin Literary Award. She is working on a ninth novel, From Where I Fell. She lives in Brisbane.