In 1996, American novelist Jonathan Franzen wrote ‘Perchance to Dream: In an Age of Images, a Reason to Write Novels’ (later retitled simply ‘Why Bother?’), a controversial essay about the dwindling relevance of the novel in a society dominated by the endless advance of technology. But in this post-truth era, where it is nearly impossible to find discernible and singular truths in society, a re-analysis of Franzen’s essay can shed some light on new ways of overcoming the superficiality and divisiveness of contemporary media, and why the novel remains a powerful vehicle for redefining how we consume it.

For Franzen, television was at the forefront of this perceived cultural decay. He proposed that the first opposition to the novel was radio, then film and then television, hinting at a cyclical nature where each medium would be devoured by the next. What he could not foresee, however, was the rapid rise of the internet, and the way it would come to all but define mainstream culture in the new millennium.

The rise of the internet and its redefining of the way individuals, and society at large, interact with and contextualise contemporary culture is, of course, a well-worn conversation. From Facebook to Snapchat to Reddit and beyond, these globalised, instantaneous platforms shape our collective consciousness, be it through our ever-shifting obsessions with memes, the Kardashian family, or increasingly polarised politics.

In his essay, Franzen suggests that ‘[though] writers and readers have always been prone to estrangement […it] becomes much more profound, urgent and dangerous […] when your alienation becomes generic rather than individual […] and the price of silence seems no longer to be obscurity but outright oblivion.’ Today, these dangers can be seen through disenfranchised people around the globe forming rogue groups to insulate themselves, manipulate the truth, and feed off each other’s malcontent with society – movements that have grown out of forums such as 4chan and Reddit, and often form their identities around destructive and racist socio-political movements such as neo-Nazism.

The rise in rapid-fire media, for Franzen, is what instigated the eventual decline of the ‘social novel,’ with novelists having to come to terms ‘with the expectation that no one will be reading [their work] for news.’ The novel, therefore, is unable to elicit ‘the American experience [as it] has become so sprawling and diffracted that no single “social novel” […] can ever hope to mirror it; perhaps ten novels from ten different cultural perspectives are required now.’

For Franzen, the catalyst for the contemporary divide in America was the compulsion for mass culture and information ‘to offer something “new” on a daily, indeed hourly, basis,’ which led to society both losing its long-term critical faculties and its trust in the media, as less weight was given to traditional journalism. A 2016 study by the American Press Institute found that ‘52 per cent [of Americans] say they have only some confidence [in the press], and 41 per cent say they have hardly any.’

But ‘Why Bother’ does offer a silver lining. The essay discusses the two kinds of readers, as theorised by linguistic anthropologist, Shirley Brice Heath – those who share their mutual admirations for specific novels with others to garner a sense of community, and those who are drawn to novels to discover imaginary communities within those texts, and to interact with them to the exclusion of all others.

Franzen believes this is the therapeutic use of the novel in an age where isolation no longer feels like ‘obscurity but outright oblivion’.

Franzen finds himself drawn to the latter camp, leading him to ‘grope for [his] own sense of community’ as ‘readers and writers are united in their need for solitude, in their pursuit of substance in a time of ever-increasing evanescence: in their reach inwards, via print, for a way out of loneliness.’ This is at the heart of his piece – Franzen believes this is the therapeutic use of the novel in an age where isolation no longer feels like ‘obscurity but outright oblivion’.

Twenty-one jet-fuelled years have now passed since then, and that sense of oblivion has only festered, not softened, in our contemporary culture, as highlighted by these fringe right-wing movements in American and around the world. The ambiguity of Franzen’s conclusion polarised many critics. Ruth Franklin, considering Franzen’s stance on literature, wrote that ‘his polemics are filled with dichotomies’ and ‘rarely has a writer been both so ambitious and so ambivalent, and seemed to know so little about who he is.’

Franzen is aware of a growing artificiality in mainstream culture, but has little faith in the capabilities of those living in it, even himself, as he stated in a 2015 article ‘I’m easily distracted and modern life has become extremely distracting [… as] distraction pours through every portal, especially through the internet,’ calling what comes through ‘meaningless noise.’ In his eyes, superficial art and media can only produce a superficial audience, and we should therefore hope to find satisfaction in solitude alone, steering our gaze away from what the world has become. But a lack of faith in readers breeds only stagnation in writing and publishing. If such an attitude prevailed, would we ever have challenging works like A Little Life, A Brief History of Seven Killings or The Sellout? And besides, was there ever one ‘American experience?’

Moreover, Franzen interprets the ‘American experience’ needing multiple perspectives to tell it as negative; as being detrimental to contemporary literature. The conclusion to ‘Why Bother?’ implies that only one kind of novel, or more implicitly one kind of author, is needed to explore the ‘American experience’, or an experience of any nation, colour, or creed. This is perhaps what Jean-Paul Sartre was referring to when he refused his Nobel Prize for Literature in 1964, because ‘the writer must […] refuse to let himself be transformed into an institution.’

Franzen is aware of a growing artificiality in mainstream culture, but has little faith in the capabilities of those living in it.

No writer should believe that he or she alone is the focal point for any idea, exploration, or movement. Instead, they are one voice among many. A writer must forgo their own narcissism, so they may contribute to a larger analysis and exploration of the human experience. After all, the experiences of Midwestern Americans who have struggled and lost their jobs in the post-GFC squeeze are just as valid and important as the experiences of African-Americans and the oppression and prejudices they are subject to, and vice versa – though they are not the same.

Indeed, the novel is no longer the sole medium to tackle these societal issues. Television shows (such as Transparent) and films (such as Moonlight) explore many facets of human experience in ways that novels have never been able to. But to say that television, film and the online sphere render the novel meaningless is to undermine to the unique nature of the novel. Though a re-analysis of Franzen’s essay makes clear that it is all the more important for there to be even more varied voices from all walks of life exploring human experience, it may not seem obvious why the novel is the superlative vehicle to do so.

The intimate silence that literature affords readers is unique to the art form alone. There is no other medium that requires and holds one’s whole attention like the novel – and if you let it, the reader can explore its ideas holistically and without distraction. Too often we saturate ourselves with multiple technologies and stimuli. And despite the internet and mass media’s fostering of Franzen’s dreaded emotional superficiality and distance, novelists must endeavour to create meaningful art that they can explore intimately with the reader, and delve into the crevices that other mediums and other artists have left unexplored. In this post-truth era where we struggle to see beyond the last 24-hours, or relate to those around us, it is the novelist’s job to ask the reader to quietly slow down, take a deep breath and explore broad ideas deeply, and intimately, but most importantly together. 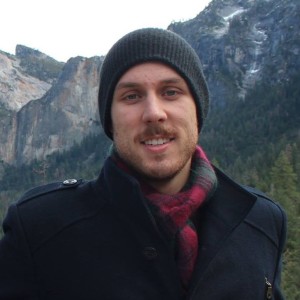 Lochley Shaddock is a Sydney-based novelist, interviewer, essayist, film critic, and screenwriter. As of 2017, Lochley has been published in FilmInk Australia and Kill Your Darlings. He has a novel, The Spaniard, published on iTunes. While completing his latest novel he studies a Bachelor of Communications in Creative Writing at the University of Technology, Sydney. You can read more of his work at lochleyshaddock.com.