Somewhere about halfway through Suicide Squad, so far the nadir of Warner Bros. and DC’s increasingly bungled attempt to build an enduring Avengers-style superhero franchise, the movie’s ostensible villain does some mumbo jumbo and a great light goes shooting up into the sky over a city, swirling around in a death circle, just like we’ve seen in so very many movies in the last almost decade. What a tired image, a stale and meaningless stab at grandeur.

That swirling beam of light grinding Lawson’s gears? It also shoots up into the sky over New York in The Avengers. It’s definitely nothing new to Tony Stark – a similar calamity popped up in Iron Man four years previously. It’s a conduit of paranormal or extraterrestrial mayhem and destruction native to not just DC and Marvel properties, but multiple comic book publishers and subsequent media adaptations (and will continue to be so for many more decades). But it hasn’t just been prominent in films for nearly a decade; it’s been showing up for approximately 80 years. But this speaks to what superhero comics are and always have been: a pastiche wonderland of the same paint-by-numbers hero in a paint-by-numbers costume facing paint-by-numbers conflict during a paint-by-numbers plot. It’s not that the concept isn’t tiresome or derivative – but it’s like pointing out that Bart Simpson is still ten years old despite being in his twenty-eighth season.

Like the four fingered family from Springfield, comic book movies are seemingly immortal. Since the success of Tim Burton’s Batman (briefly upended by Joel Schumacher) and the precursors to the superhero explosion such as Blade, X-Men and Spider-Man, Marvel, DC and other comic-book properties have become licenses to print money. Last year saw seven comic-book movie adaptations: Deadpool, Batman v Superman: Dawn of Justice, X-Men: Apocalypse, Suicide Squad and Doctor Strange, with the highest earner being Captain America: Civil War and the lowest the largely forgotten Teenage Mutant Ninja Turtles: Out of the Shadows. And lest you’re suffering from superhero fatigue, 2017 promises a whopping nine major studio live action comic-book adaptations: Logan, Guardians of the Galaxy Vol.2, Wonder Woman, Spider-Man: Homecoming, Valerian and the City of a Thousand Planets, The Lego Batman Movie, Kingsman: The Golden Circle, Thor: Ragnarok and Justice League, as well as yet another Transformers movie. If last year’s odds were stacked for both critical and commercial back-patting, for some unlucky films 2017 will be a fatal coin-flip in an increasingly saturated market.

However, despite its use of the Charlie Brown of doomsday devices, and despite a massacre of negative reviews during its opening week, Suicide Squad was by no means a flop, grossing a whopping $745.6 million. Likewise, Batman v Superman: Dawn of Justice raked in an $873.3 million haul. People are going to see these movies in droves – from casual moviegoers to cinephiles, comic-book tragics and professional film critics. So where is the disconnect between criticism and bums on seats? Surely critics don’t assume ticket purchasers are either forgetting or don’t really know that they’re paying for a comic book adaptation. Like it or not, comic books are derivative, camp, unbelievable and they are also dark, morbid and macabre; they are both predictably contradictable and predictable. Most criticisms of Suicide Squad’s uneven tone and overload of characters, Batman v Superman’s morbidity, Doctor Strange’s safeness or Civil War’s quip-fest can be said about the very medium these stories are lifted from.

Comic books are derivative, camp, unbelievable and they are also dark, morbid and macabre.

It’s not that filmmakers are being faithful to a fault in their adaptation of comic book properties, nor that criticism of the clichés is unwarranted – but in many ways it’s part of package. The nature of comic books is different to that of novels or TV; comic book movies are informed by a sprawling, divergent and practically infinite canon; as such they are another cog of that machine. Many characters and properties are decades old, and have been portrayed by hundreds of artists and writers so the feel and spirit of each character does change from book to book. Furthermore, unlike novels, these stories, for the characters, never end. All characters have an origin story, but then everything up until now is all second act. There is no third act. Superman, Batman, The Flash and Captain America have all died multiple times, but eventually return in some form or another. And in case things weren’t complicated enough, there are alternate versions, characterisations and timelines.

The first entry into this year’s maelstrom of heroism was Hugh Jackman’s ninth (tenth if you include the cut-out stapled to Ryan Reynolds’ forehead in Deadpool) and reportedly last time playing the mutant Wolverine. The sombre Logan is a loose adaptation of Old Man Logan, a beloved story in X-Men canon. There are, count em’, ten X-Men films in the franchise, spanning back to 2000, comprising of three criss-crossing trilogies (two X-Men and one Wolverine), plus Reynolds’ R-rated caper in the red and black and the new Legion TV series. As such, there are two issues with adapting or basing the film Logan on the Old Man Logan arc. The first is its breadth and scope largely hinges upon the entire Marvel universe, a feat due to Fox vs Disney licensing issues sadly will not happen. The second issue is how much James Mangold sticks or differs to the original source material may predetermine hardcore X-fans’ reception to the film. Mangold himself is on record saying he has no desire to be shackled to canon – because the comic books contradict their own continuity endlessly. As Logan’s commercial and critical success has shown, changing the superficial details but retaining the sardonic core of an elderly Wolverine, mixed with the right amount of fan service, you can change a story and still serve that story justice. Contrast that with X-Men Origins: Wolverine’s sacrilegious hack-job of Ryan Reynolds’ first turn at Deadpool – the key is to know when streamlining the story isn’t changing its core.

You can change a story and still serve that story justice.

Connected-universe storytelling is all the rage, but it’s worth pointing out how monumental Fox’s X-Men franchise really is – without a doubt the most faithful adaptation of the comic book paradigm in cinema: switched-up actors and storylines are embedded into their universe. Canonically speaking, the events in the first three movies and Wolverine’s first two standalones haven’t existed since 2014’s Days of Future Past. Fox retconned their acclaimed and lauded films, blipping them right out of existence.

This is something comic book publishers have been doing for years whenever a character becomes stale or continuity becomes messy – which, by living in an infinite second act, both inevitably do. In 2011, DC’s Flashpoint event saw a time-travelling Flash completely upend the DC universe – Batman is Thomas Wayne, the Joker is Martha Wayne and Lex Luthor is no longer a villain. The Flash’s attempt to undo his blunder gave birth to the ‘New 52’, a DC-wide reboot resulting in fresh storylines and new takes on characters. Both the series and the animated straight-to-DVD movie were met with positive responses from comic book geeks worldwide, despite the fundamental changes to beloved characters. While Christopher Nolan’s Dark Knight trilogy set an expectation for gritty realism and plausible scenarios, the series is essentially a blip in a long line of soap operas in spandex. Yes, Frank Miller’s work on Batman revealed the character’s dark potential, but the glorious contradiction is that Bats’ rogue’s gallery also features villains like the Toymaker and the Condiment King. Substantial or experimental changes to characters can be explained away with, ‘it’s an alternate timeline, it’s not canonical’. This response and the response to the character treatment in Suicide Squad and Dawn of Justice (Batman as a killer, Superman as a brooding antihero) is counterintuitive. Comic book fans are happy to read fresh or unique portrayals of characters when there is a plot device explaining why, no matter how convoluted or fantastical. But the muscle of appreciating a new take on a character is still being used. Why are audiences specifically comic book readers so selective to exercise this when watching the film representations? It appears there is a double standard and an unfair expectation for the movie portrayal to be mega canon. It can’t be a different take. It has to represent the ultimate version of that property. And yet, readers are happy to read different takes on the page. Red Son asks the question, what if Superman landed in Russia and not USA? The Dark Knight Returns is set in the future and pits a 60-year-old Batman against Superman. In Old Man Logan all the Avengers and mutants are dead, allowing supervillains and Bruce Banner’s Hulk descendants to take over the planet. You’ll notice two things here. One, how ludicrous each premise is. And two, the morphing and changing of the characters, no matter the explanation, is the Snoopy to the Charlie Brown of recycled tropes and images of the comic book world. Readers are being disproportionately selective in when and what they are willing to forgive, and those who’ve never picked up a comic book or even the casual reader, are unaware of or apathetic towards this infinite rhizome of timey-wimey, wibbly-wobbly weirdness.

Herein lies the paradox. Comic book movies, in order to remain a box-office goldmine, will always be self-serving, concerned with both attracting already-converted geeks and ensnaring the more frugal casual moviegoer. If the lens for both audiences was adjusted to acknowledging the chasm of material these films fall into, we may stop focusing on the one panel and start looking at the whole page. The wonderful thing about comics is as a reader, you can put down a disappointing issue and shrug, say, ‘That portrayal wasn’t for me’, and move on to the next. It’s not that we’re not allowed to criticise these films, nor am I policing taste – it’s that proportionately comic-book movie criticism doesn’t acknowledge that the films are a microcosm of a larger narrative. Every character contradiction, story change or exactly the opposite, is part of the package. Yes, these are films, and they can be appreciated with a cinematic eye – but spiritually and contextually, as part of the connected universe of comics, they are just as contradictory and problematic as their paperback counterparts. If we experience them as one experiences an issue, another link in the chain of entertaining but ridiculous heroics, we can stop pointing out that Bart Simpson should be in his late thirties by now and just enjoy the show. 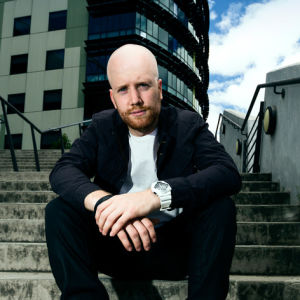 Kieron Byatt (aka Defron) is a Melbourne based writer and hip-hop artist. His 2015 EP Invalid received radio-play on 3RRR and Triple J and his written work has appeared in Voiceworks, Tone Deaf, Overland, Verandah and Going Down Swinging. He currently teaches English and Writing and runs the hip-hop department at Victorian youth music organisation The Push. 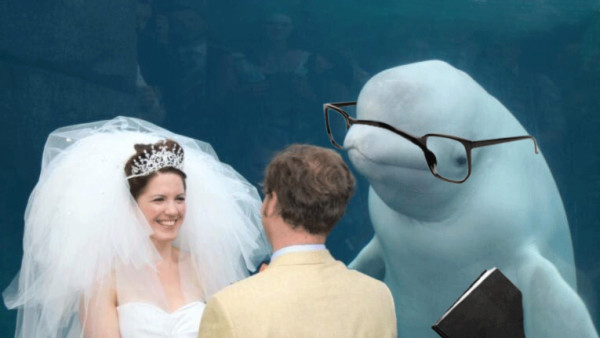