When we travel, how often is it in search of a validation of our existence? Can we live a full life without the desire for it to be endless?

In all the time I’ve spent travelling, I’ve found there are three things travellers love to share: crazy stories, comparisons to home and tales of coincidence.

The first two come in abundance – the things we’ve found and the things we hold onto. The last is more of a rarity but consists of the stories that most capture the spirit of travel – serendipity, the barest blush of some greater intention, the disparities and interconnectedness of a world both vast and small.

For the expressly defined traveller – of certain means and disposition, on the search for something authentic – these experiences constitute a sense of what might be called the sublime, often simply labelled as life (or perhaps some take on God).

But why does this search for authenticity, for some sense of relative meaning, cast us out into the world? In his wonderful book of essays, The Dream of Spaceflight (2000), Wyn Wachhorst observes that ‘the heart of exploration, it seems, is an attempt to complete the grand internal model of reality, to broaden the context of meaning, to find the center by completing the edge’.

I came across book and quote inadvertently, through a recent essay in Aeon by physics professor Gene Tracy. Both Wachhorst and Tracy discuss the seismic shifts caused by the Copernican revolution, and how it not only placed Earth adrift in an indifferent universe, rather than at its centre, but also cut our sense of self adrift from our own concrete being. We became ‘wanderers among the stars, through a space with no centre’, as Tracy puts it.

As with the physical, so with the psychical: the onset of the scientific revolution externalised meaning, materialised it – and the self became a more abstract concept. Science and technology advanced, the death of God was proclaimed, and we were left standing, somewhat bewildered, the universe stretching away endlessly.

And so we travel. We travel for moments of clarity, moments of inspiration and confirmation, moments of joyous serendipity that let us see back through the proverbial Oort Cloud of our outward conquests to the pale blue dot – that we might, to paraphrase Wachhorst, grasp our own essence in its entirety.

Of course, most people won’t claim such intentions when they travel, and many will claim none at all beyond having a holiday or seeing something different. But what is the experience of difference, other than to learn something of our place in the world, however implicitly?

I recently went looking once again. In Dublin, where I fell in love. In Norway, where I stood on frozen ocean. In Paris, where I was seduced by the night. In Italy, where I slept on pine needles next to the Mediterranean. In Edinburgh, where I was never alone. In Morocco, where I discovered colour. And, between these places, in the Canary Islands.

The village of Artenara sits at the roof of Gran Canaria, straddling the lip of a long-extinct volcano well over a kilometre above sea level. From the ‘terrace’ of El Warung Cave Hostel – a sloping pebbled area edged with cacti – the view is extraordinary. La caldera de Tejeda (the crater of Tejeda) traces a semi-circular ridge to the left and falls away to the right, towards the sea. Torn, immense, timeless – it is the kind of landscape where a person becomes both infinitesimal and accentuated.

There are, no doubt, more far-flung places to discover. The Canary Islands attract millions of tourists every year, and swathes of pale, predominantly English and German bodies are hurled onto beaches across the archipelago.

Like most, I had travelled to Gran Canaria to get my hit of vitamin D after a long winter. The capital, Las Palmas, presented an unexpected culture shock after so much time in Ireland and on the continent. It is the ninth-largest city in Spain, and a traditional port city for trade with West Africa and across the mid-Atlantic.

The Canary Islands attracts swathes of pale, predominantly English and German bodies across the archipelago.

Over five centuries, the triumvirate of Spanish, Berber, and Central and South American cultures has forged a distinctly Canarian identity, nowhere more manifest than in Las Palmas. Unemployment in the islands, however, is 10 per cent higher than the already alarming levels of mainland Spain. Unaware of any of this, I went to volunteer at El Warung Beach Hostel in the city.

While most tourists visiting Gran Canaria congregate in relative isolation on the beaches to the south, around Maspalomas, and a handful take on Las Palmas, Artenara remains untouched and indifferent – so barren and so unlike anywhere I had encountered on my European sabbatical. No cosmopolitan Romanticism, no verdant vistas or snowy ranges or teeming beaches. Only rock and space, and a persistent feeling of being elsewhere.

I hadn’t known about the cave when I first started working. It usually received only a few guests each week and sometimes had stretches of vacancy, so it wasn’t essential to have a staff member there at all times. And it seemed elusive, somehow, difficult to explain to those who hadn’t been there. 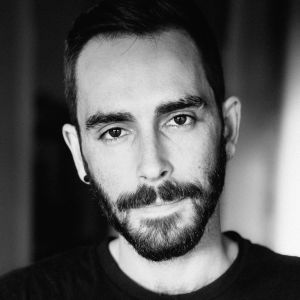 Jerath Head is assistant editor at Griffith Review, and co-editor of the upcoming Griffith Review 56: Millennials Strike Back (out May 2017). He’s also an occasional research assistant and content contributor for Griffith University’s Policy Innovation Hub. His writing has been published in New Philosopher, and numerous arts and culture publications in Australia and Ireland.