Kill Your Darlings’ First Book Club pick for September is Madelaine Dickie’s debut novel Troppo (Fremantle Press), a story of black magic, big waves and mad Aussie expats. Set in Sumatra, it’s told from the perspective of Penny, a young surfer who’s landed a job managing a resort for the notorious Aussie Shane. This extract is from chapter 12.

The coffee arrives at the same time as some other travellers, a dirty dreadlocked trio, one Pommie and two chisel-faced German girls. They demand Ibu Ayu move another bed into the bungalow so the three of them can sleep in one room to cut the cost. Ibu Ayu relents but tells them they can move the bed themselves. I drain my coffee, slide from my seat and go and find Bapak Joni.

Ibu’s husband Joni is in the car park crouched next to a motorbike, a silver fan of tools at his toes.

He gestures to the bike and tells me a bule fell into a river on it a couple of weeks ago.

‘Fell into a river!’ I exclaim. ‘What an idiot! How did that happen?’

His fingers move deftly around the spark plugs, chopping, changing, rearranging. ‘Who knows,’ he says with a wry smile.

I crouch nearby in the shade, watch for a bit, wonder how to begin.

Joni begins for me, slipping in to Indonesian. ‘So my wife tells me you’ve got a job with Shane?’

Relieved, I rush, ‘Yeah, yeah, I start next week. Ibu said you had a bit to do with Shane when he first moved here?’

Joni doesn’t meet my eyes and speaks slowly, but as his story gathers momentum so does his pace. Joni was the first local to surf here. Well, not quite local, both his parents were Javanese but he grew up in Batu Batur. When he was a kid, some Aussie surfers had come through the area and he offered to be their guide. He says he was amazed, watching them surf, says he’d never seen people having so much fun. Every time the boys came in from the water for rice and fish, he asked to have a go of a board. Eventually, when they headed off to the Mentawais, they left one for him. Despite it being bruised from water damage, badly patched up after dings with coral, it was still a board, and Joni taught himself to surf. When Shane turned up maybe five years later, there was only a trickle of surfers passing through and Joni was stoked to have someone to paddle out with. He took Shane to every unnamed, pitching wave he’d discovered. Shane repaid him by bullying and bribing his way onto a piece of land that had originally been a national park. The land fronted a perfect right-hand wave with a fast, whackable wall and the occasional barrel section. Once the deal was sealed and construction was underway, Shane banned Joni from paddling out at ‘his’ spot. Told him if he wanted to surf there, he’d have to pay, or be staying at his resort.

‘So what did you do? Weren’t you furious at him?’

‘Ya, in every country there are good and bad people. Not all bule are like Mister Shane.’

‘But what about people in this town, why don’t they just get rid of him?’

‘But most business owners pay bribes to the police, don’t they, for “security”, to stay open, if they’re serving alcohol?’

‘Yeah, but Shane pays them even more.’

I think about this for a moment, then ask, ‘Joni, do the local people like having bules here?’

Joni wipes his hands on a rag. ‘Here, they’re still village people. Their thinking is primitive.’

I’m shocked for a moment at his choice of words, before remembering that his family is Javanese. The Javanese are notorious for their snobbery, their belief that they are culturally superior, more sophisticated than people in other parts of the archipelago.

He says, ‘Maybe they see the tourists here, see them surfing, doing nothing, while they work hard seven days a week. And then they see a bule like Shane … For me, I always think one day my children might go to Australia and I hope people there are kind to them. So I try and help the foreigners here to find the waves, see the waterfalls, the culture. We have to be friendly, to be open, to give. That’s what our religion teaches us.’

What kind of reception would his children receive if they ever made it to Australia? If they walked into the local at Armadale or Bunbury I wonder if they’d be told to go home, to stop stealing our jobs?

It’s funny, you always think of the other as being in relation to yourself. You never imagine that you could be that other.

Troppo is available now at Readings. 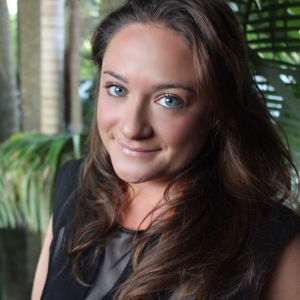 Madelaine Dickie studied Creative Arts and Journalism at the University of Wollongong. In 2011 she received a Prime Minister’s Australia Asia Endeavour Award to move to West Java, Indonesia, and complete her first novel. As part of this award, she worked with mentors at Universitas Padjadjaran and Universitas Islam Bandung. Her writing has appeared in Griffith Review, Creative Nonfiction and Hecate, and her radio stories have been broadcast on Radio National. She also writes and rides for the surfboard company Treehouse Landscapes and Handshapes.