When I arrived at Readings on the last day of July it was late-morning, and the crowds and TV crews that had flocked for the release of ‘the new Harry Potter’ had died down. Those eager enough to have bought Harry Potter and the Cursed Child on its day of release had escaped home to read.

But as I left, I saw a girl of about nine years old – the age I was when I started reading Harry Potter, but years before I started reading scripts – sitting on the bench outside the store, already a few scenes in. I so desperately wanted to know what she was making of it.

Building off an original story by JK Rowling with director John Tiffany and playwright Jack Thorne, The Cursed Child begins nineteen years after the original trio ended their time at Hogwarts. Staged over five hours and fifteen minutes (the play is designed to be seen over two days or in one marathon session), but written over just 330 pages (more beautifully and spaciously typeset than your typical published script) it is a fast read. In a story that reintroduces Time-Turners to Rowling’s world, Thorne’s script is a relentlessly driving journey over familiar years and familiar locales.

Shifting Harry Potter from novel to script creates a read that is, expectedly, more dialogue driven than previous outings. Knowing they can rest easy on the audience’s existing relationship with this world, but also knowing the depth and complexity that will be built onstage by the actors and direction, Thorne and collaborators spend little time acquainting us with the characters. The plot races ahead, with little room for reflection, as we traverse Albus Potter and Scorpius Malfoy’s first three years at Hogwarts within the first nine quick scenes, to land us squarely in the story by the boys’ fourth year – a neat mirror to the fourth book, The Goblet of Fire, its story again becoming centralised.

While Rowling’s books gave epic descriptions of place and magic, building up Harry’s world in minute detail, there isn’t room for these images in a script. The fullness of these visuals are left to be built in the world of the theatre; the reader is given more gaps to fill. As in many of his previously published scripts, Thorne is generous and lyrical with his stage directions, gently invoking images in the mind of the reader who, in reading a script and not a novel, must more keenly take on the role of imaginative collaborator.

He climbs up the bookcase, which is horrifying as it rises up at him. Grabbing at him with his every step.
He pulls the book from the shelf. It comes out and the noise and chaos suddenly stop.
[…]Suddenly there is a smashing and ALBUS and DELPHI fall out of the shelves and down to the floor.

This is part of the beauty of reading scripts, an experience many The Cursed Child readers likely wouldn’t have come across before. The reader can imagine these stories taking place in the same rich world they pictured while reading Rowling’s novels (images no-doubt influenced by the film adaptations) – but theatre scripts also ask of the casual reader a second layer of imaginative dexterity: to picture how these worlds would play out in the space and physical constraints of a theatre. When Thorne writes ‘And the stage contorts and trees rise as the dream twists into something else entirely’, the reader is asked to picture the scene happening in both a magical sense, and physically on a stage.

Reading on the page, the depths of magic cannot be fully perceived – but imagining it is half the fun.

Scripts are often filled with fanciful stage directions, the playwright deliberately reaching past the boundaries enforced by physical space to instead engage with the emotional drive that exists beyond the practicalities of stage design. Unusually for a script, though, director Tiffany sees his name on the published cover, and he has clearly been deeply invested and collaborative throughout the process. When the script reads that ‘revealed through the trees is HOGWARTS – a splendid mass of bulbous buildings and towers’, it’s possible to think this image would appear more literally than theatre would typically suggest.

The first theatre critics’ reviews of The Cursed Child came nearly a week before the book’s publication, and many critics couldn’t resist using magical metaphors, describing the stage craft as ‘spellbinding’, ‘visually dazzling’, and ‘a remarkable series of wonders’.  Writing in German theatre magazine Nachtkritik, Andrew Haydon said there were ‘more special effects in these two pieces than I’ve seen in almost twenty years of reviewing.’ Reading on the page, the depths of this achieved magic cannot possibly be fully perceived – but the imagining of it is half the fun.

While published reviews of the stage play have been universally positive and filled with delight, and fan responses have been largely effusive, the response to the published script has been altogether more mixed. The BBC created a wrap-up of some truly bizarre reviews that, rather than contextualise the publication, berate it for being ‘an incomplete experience’ – of the critics they cite, only the Telegraph’s Charlotte Runcie was able to properly critique the work as a script.

But it’s the fan reaction to the script which is really telling: at the time of writing, The Cursed Child had a rating of 3.3 stars on Amazon, with both positive and negative reviews largely uncritical in similar ways: according to readers, it’s either wonderful to return to the world of Harry Potter; or publishing a script –and not a novel – is a blasphemous rip-off. (Tellingly, this neatly mirrors the divisive Amazon reviews for Rowling’s first non-Potter novel, The Casual Vacancy.)

It is uncharted territory for a script to reach so far into the general population.

As a theatre critic, I am obviously biased in celebrating this eighth story written for the stage and not the page, but there is also something beautiful in the way the artists have utilised the shift in form. A frequent accusation levelled against The Cursed Child has involved the air of ‘fan-fiction’ which permeates the work – and certainly there is the feeling that often though this story Rowling, Tiffany and Thorne are looking backwards rather than forward. But reading Thorne’s script, you see what an ingenious move this is.

No critic contextualised this as astutely as Helen Lewis in the New Statesman, who described The Cursed Child as ‘a jukebox musical without the music’: in the same tradition as pulling together the songs of ABBA (Mamma Mia) or glam metal of the 1980s (Rock of Ages), The Cursed Child is a mega-mix of Potter’s greatest hits, repackaged for the stage: familiar yet new, using the theatrical space to introduce a cast of new characters, while also delving into the highlights of the seven books and the passions of the fanbase it spawned.

Even running at over five hours, the stage doesn’t offer the same space for internal complexities as the novels – especially the hefty tomes of the latter Potter books – and by using this device, Thorne leverages the existing fandom of the reader or viewer to create a script filled with tension and excitement. Harry, Hermione, and Ron are not quite the characters we knew – but can we ever truly recognise anyone nineteen years since we last spent time with them? Instead, a new complexity is added to the world of Hogwarts: the hedonistic school days are on stage, as is the consuming darkness of evil, but also new worries of parenthood, and adulthood, and how to look back and remember who you ever really were.

While billed as ‘a special rehearsal edition script’, this is, in fact, exactly what most published scripts are: going through the publishing process as companies enter rehearsals, so the script can be sold by the time the production begins. It is a reflection of the unprecedented scale of The Cursed Child that it will be republished in 2017 as a ‘definitive collector’s edition’, reflecting the changes made to the production through the rehearsal and preview period.

Yet while The Cursed Child has become the fastest selling book of the decade, it is less impressive to say that it’s also ‘the fastest-selling playscript ever’: publishing houses like Hachette don’t tend to publish scripts, and general readerships don’t buy them. In the UK, scripts are largely printed by independent specialist publishers Oberon or Nick Hern Books, who reach out across the industry to publish new work from large-scale theatres through to tiny fringe works: but always feeding back into this sector, and the engaged but niche readership it comes with.

It is uncharted territory for a script to reach so far into the general population, and, as the Amazon reviews imply, it’s not a transition of readership that will easily find its place. But looking back to that girl on the bench outside Readings, I can’t help but feel these children are the readers who will most readily embrace the form: young eyes and minds who have only just spent the last few years discovering the beauty of reading novels, who are still discovering genres and styles and developing their tastes. These young readers, perhaps, have the most space to devour Thorne’s dialogue and driving plot, and – crucially – the room to then go outside and play in their own worlds of witches and wizards.

Harry Potter has never solely existed on the page or on the silver screen: it’s existed in games and play, and in the minds of young children approaching their eleventh birthday and thinking – just maybe – this year they will get their letter. The true beauty of The Cursed Child is that it acknowledges this sense of imagination and play, and builds it a whole new space to breathe in.

Harry Potter and The Cursed Child is available at Readings. 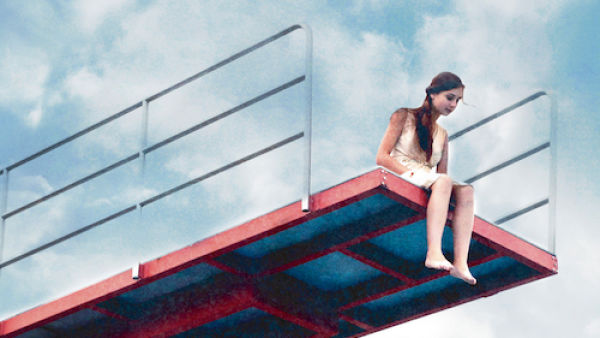