This week, as the mercury plummets and the nights are at their longest, Killings is revisiting some of the best fiction from the past six years of Kill Your Darlings to warm the cockles of your heart.

The night I first dreamt of the dogs was at the beginning of summer. They were Rhodesian Ridgebacks: big hulking things, red as dirt, slobbering in my ear as I slept. I could feel their bodies, their closeness. A smell of warm earth, of the outdoors, of running. At the peel of the alarm I slid further under the doona so not to crack their skulls with mine. After two blinks I knew the room was the same as it had been the night before. There were no red dogs. Just me and my single bed, jumbled in sleep.

As soon as my head cleared I went out to the shed. It was still early: the fresh sunlight made the backyard look like another place entirely. The grass was wet, the tracks of recent snails glowed silver on the cement. Behind the old surfboard, the empty plastic pots, the shovel with grey soil still stuck to the blade, I opened the last of my father’s cardboard boxes. It was the biggest and heaviest one, the one I’d kept against all common sense. It smelt of mildew and damp. The cardboard left a greying powder on my fingertips.

Inside the box were most of his World Book Encyclopaedias. He’d bought them from a tired man in a suit who’d knocked on our door late one afternoon. I can still see my father sitting on our vinyl sofa, turning the salesman’s sample over in his hands while my mother covered our dinner with foil and kept it in a low oven. He was figuring out some way he could afford it.

The books arrived one at a time, I remember that. At first my sister and I were scared to touch them, but that was decades ago. Now the ‘K’ was missing from the box, and the ‘D’. The edges of the pages were tipped with faded gold.

In ‘R’ I found Rhodesian Ridgebacks, also known as African Lion Dogs. In Southern Africa, in the early part of the last century, their job was to corner the lion in its den or up a tree and then bay loud and long. The dogs were clear in their loyalty. They felt nothing for the lion, no beasts-versus-humans kinship. I imagined them standing guard around it, red sentinels in their garrison at the base of the tree. They were vigilant. They were waiting for their master to come and kill it.

Back inside the house there was no milk and the bread was green. I sat on the couch for a minute to think about how it had all come to this. I needed to get organised, get my shit together. Maybe even get dressed. For almost two years, the house had been perfect. Spotless. Hospital-grade.

A noise woke me mid-morning. I sat up, rubbing my eyes – I didn’t remember falling asleep. The scrape of claws on polished wood, a loping graze coming closer and closer. I stared down the hall, waiting for a dog to appear around the corner from the kitchen, a panting smile on its face. Instead the front door swung open. The scratching had been the noise of Anne’s key in the lock.

‘Fuck.’ She slammed the door behind her and stood in the hall with her hands on her hips. ‘Earth to Libby. I’ve been knocking for ages.’

She drew the curtains back. In the sunlight I saw dust motes swinging upwards in an arc, defying all laws of gravity. Sometimes it was best to keep the curtains closed.

Anne began to stalk around the room. I watched her smooth the back of her skirt and scrutinise the couch, then, brushing the seat, gingerly sit down. The dust soared.

‘Here.’ She fished a pen and three white folders from her oversized handbag. She spread them on the coffee table like she’d won a hand of poker. ‘These are the best of the local agents. I’ve met with them all. Just pick one.’

It was her against me, I realised. I wanted something sitting on the floor beside me. I wanted to feel the press of weight on my feet, something warm and muscular. I would wind my fingers through its fur. It would be on my side.

‘Christ. Libby, we’ve been through this already.’ She opened one of the folders: inside a shining photo of a shining woman in a shining suit. ‘What about her? She was very nice. She can’t wait to start. She says it’s a development block. A builder could put two townhouses on it, maybe three. The auction can be in six weeks and it could settle two months after that. Think about it. With half the money you could buy a flat of your own. Or travel. Do anything you want.’

Anne made a face, the one I remember from my childhood: her big-sister-knows-best face.

‘People keep dogs in flats. All the time. In Paris and New York, you can’t walk five feet without stepping in dog shit.’ She twirled the pen around in her hand.

‘I want a Rhodesian Ridgeback,’ I said. I couldn’t take my eyes off her swivelling pen. ‘Maybe two. You can’t keep big dogs in a flat. It’s cruel. They need a backyard.’

Anne stood and walked back to the window. And then, with her back to me, she started to talk. She told me how much everyone appreciated what I’d done, how she knew I’d put my life on hold.

‘Acknowledge’, was the word she used. ‘I acknowledge everything you’ve done Libby. But that’s all over now. He’s in a better place. It’s time to move on. Sign the papers, Libby. Or I’ll be forced to take action. I don’t want to. It’s half mine as well, or have you forgotten?’

‘How often do they need to be walked, do you think?’ I said. ‘And what about baths – once a week? Or less? I don’t want them to smell. But it’s probably not good for them. Bathing. It probably irritates their skin.’

Anne looked so sad when she finally left. I wanted to say something, to comfort her, to tell her everything would be all right. Instead I stood behind the front door, waiting until I could no longer hear the engine, and went into Dad’s room. It was empty. The only signs he’d been there were the scratches on the floor from the heavy wheels of his hospital bed, and the remains of Blu-Tack on the wall where I’d stuck photos. All the beeping, pulsing machines were gone. He was barely cold before the hospital reclaimed them. The recliner was gone too, although he’d never managed to sit up for long enough to enjoy it. Except for the box in the shed, his worldly possessions had either gone to the Salvos or the tip. They’d been dispatched by Anne in a fit of efficiency straight after the funeral, before I’d even been able to breathe without every cell in my lungs aching.

I sat on the floor and ran my fingers over the scratches, then I lay right where he’d lain for all those months. I tried to feel as he would have, imagined the world from flat on my back, getting thinner every day, eaten away from inside. He would have known every mark on the ceiling. I wanted to go back to my room and pull the mattress off the bed and just drag the whole lot in there, sheets and pillows and everything. I wanted to sleep in his place.

Over the next few days, after I had the locks and the phone number changed, life became more peaceful. I had more important things to consider than Anne and her agenda.

Thinking of the names was the most difficult bit. I could tell the two of them apart easy enough: they were brother and sister, but even at ten weeks there was a crooked lick of white on the toes of the girl that made her unmistakable. He was the inquisitive one. Black nose into everything. I thought of calling one ‘Bill’ and the other ‘Jenny’, because then I could stand on the back steps and call out to them. ‘Bill! Jenny!’ Like they were both still with us. Mum and Dad. But I ruled that out, in case the neighbours heard and Anne had me committed. In the end, I called the boy ‘Berkshire’ and the girl ‘Hathaway’. After the publishers of World Book Encyclopaedia.

Berk and Hath loved the house. I couldn’t possibly sell it. When I brought them home, they peed from one end of the backyard to the other in a proprietorial frenzy. That first night, I spread newspaper over the floor in Dad’s room and they slept puddled around each other in one doggie bed while the other sat empty. I lay on the floor propped up on one elbow and watched them sleep. I couldn’t look away. Their loose puppy skin made fat collars around their necks. As they slept, their tiny feet hardly rested for a moment: frantic, silent running as they chased lions across the wide plains of Southern Africa. They wheezed high-pitched mews of frustration every time a dream lion evaded them. Occasionally they half-woke, blew tiny puffs of air between their black lips and nestled closer to each other.

In the early hours I went back to my own bed but was woken some time later by a soft baying. It was still dark. I rolled over to the edge of the bed and looked down. They had found me. Tracked me, I guess, from my smell. My bed was strangely tall; it seemed I was looking down on them from quite a height. Four keen eyes stared up, reflecting the moonlight that threaded through the high window above my bed. The dogs looked different from up here. I perched in my bed, listening to them bay: so low, I froze to hear it. I had a distant memory of running, the feel of my legs pumping across an open plain. I understood better than anyone the feeling of being trapped. Of climbing high in a tree for salvation only to find there is no way down. And below me the dogs kept watch, calling in their low voices, waiting for their master. 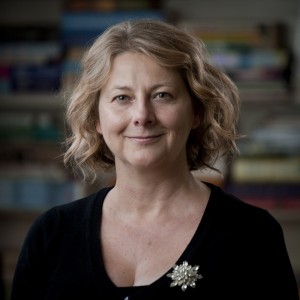