The first time I watched twelve-year-old Beau Dermott sing ‘Defying Gravity’ from the musical Wicked, I wept. Every time I’ve watched her Britain’s Got Talent performance since (and I’ve watched it many times) I continue to feel emotional. Young girls confidently claiming their space in the world gets me every time.

Before Beau begins to sing, she seems – quite rightly – nervous about performing on such a large stage: she is quiet, unsure of how to stand or where to put her hands. But as she sings, she channels Elphaba’s power: ‘Something has changed within me / Something is not the same / I’m through with playing by the rules / Of someone else’s game.’

Dermott has a beautiful and assured voice for someone her age, but what really drives her performance is the story behind the song. She transfers the urgency of the lyrics into the strength and resolve that show on her face. Rather than standing demurely with her feet together, she steps her feet apart: she stands on stage in complete control, singing that she will claim her place in the world. In the original production, now the tenth-longest running show ever on Broadway, Elphaba rises above the stage, her black gown billowing out until it engulfs the ground below her. Our last image before the curtain falls at the end of Act One is of a woman, in all of her power, looking down over the audience and saying: no one will ever bring me down.

By and large, musical theatre is the home of romantic stories. Wicked is no exception: though this showstopper of a song is about Elphaba living her life for herself, by the end of the musical she is love with Fiyero. Nonetheless, Elphaba’s journey to find her strength as a self-determined woman runs through the core of the musical, as does her pivotal friendship with Glinda.

Wicked and Frozen ‘both emphasise friendship over romantic love.’

In this, Wicked shares more than a few similarities with the most successful musical enterprise of this decade: Frozen. Both emphasise friendship over romantic love, and their best-known songs are about single women claiming their own power above any sense of deference they have been taught.

Frozen was never supposed to be such a hit. Now the highest-grossing animated film of all time, Disney was caught by surprise at its success upon DVD release, resulting in a world-wide shortage of merchandise.

Yet the qualities that made Frozen so successful – particularly among young girls and their parents – are obvious. After decades of animated features about romantic love, here was a film about sisterly love, about unconditional love, and about female friendship. While the writers weave a romantic subplot through the film, men are only ever side characters to the sisters, as Anna tries to do the most important thing in her life: let her sister know how much she is loved.

Like Wicked, within this story of love is another message: about the importance of claiming your place in the world. ‘Let It Go’, the song of six million YouTube covers, is about a young woman embracing her powers. After years of hiding herself away, both scared of and embarrassed by her powers, Elsa finally tells herself she can be who she wants to be: ‘It’s time to see what I can do / To test the limits and break through / No right, no wrong, no rules for me I’m free!’

In this moment of outpouring of emotion and power, Elsa exiles herself from civilisation. After years of internalising the message that she is dangerous and must hide herself away, her fears come true as the threat that she represents is realised, and she finally makes the choice to escape and live alone – with no regards to who she is hurting. It isn’t until the end of the film that Anna shows Elsa it is possible to be both powerful and loved: she can fully live the life she wants to live, outside of the narrow role that has been prescribed for her.

‘Let It Go’ teaches young people that when they discover who they are and what they can be, the world will have a place for them.

How incredible that this story and this song are being watched and claimed by young girls. ‘Let It Go’ teaches young people that they can embrace their full power and strength, that when they discover who they are and what they can be, the world will have a place for them.

It’s hard to think of many musicals where the key emphasis of a pivotal song is female defiance and independence. At first glance, Legally Blonde: The Musical seems to exist in a different universe to Wicked and Frozen; Harvard Law School is a million miles away from the magical worlds of Oz and Arendelle. But Elle Woods’ story holds a very similar message for its young female audience: you are worth more than the world tells you.

At the end of Act One, having enrolled at Harvard in an attempt to win back her ex-boyfriend, Warner, Elle gives up hope of getting back together with him. She is upset – until she finds out she has been accepted into a law internship. She then literally sings about how getting a job is ‘So Much Better’ than having sex with her ex-partner. As soon as she discovers her (intellectual) powers, she lets go of her love for Warner, and realises that the most important person to love is herself: ‘I’ve gone on to better things / Better jobs or bigger rings / I don’t have the time to cry / I’m too busy loving my name up on that list.’ It’s a joyous and exciting moment.

Art can have a transformative effect on all our lives, but it has a special place in the lives of young children. While watching films, reading books, seeing plays, or visiting galleries, children’s worlds are both expanded and validated. The role of musicals in this process can be exciting: unlike most art forms, there is a tangibility to them that children can claim, singing the songs and living the lives of characters and their stories.

Art can have a transformative effect on all our lives, but it has a special place in the lives of young children.

Two and a half years after its release, Frozen shows no signs of slowing down. It will undoubtedly continue to find new audiences for many years to come. And quite rightly: it is a remarkable film, and its central story of sisterly friendship is one that will sit close to the heart of the young girls who encounter it. Wicked still stands strong after thirteen years on Broadway and seasons around the world. Legally Blonde, which played for just eighteen months on Broadway but has had many subsequent international productions, wasn’t the same type of mega-hit, but it holds a similar place in many people’s hearts.

These musicals will continue to weave their way through young people’s lives: the amateur rights for Wicked are now available in Australia, and both amateur and schools’ rights are available for Legally Blonde. One day, after sequels and a Broadway production and tours around the world, Frozen will follow in their footsteps. ‘Let It Go’, ‘Defying Gravity’ and ‘So Much Better’ will continue to be sung in the shower, in the car, and into the karaoke mic.

While schools and musical societies will always tell the stories of Bye Bye Birdie or Fiddler on the Roof, now young performers will also be introduced to stories of female support and strength. Being part of a stage production is a particularly resonant experience for children: months of rehearsals, hard work, and behind-the-scenes horseplay culminate in a few glorious hours in the spotlight, showing off their power and strength to family and friends.

How remarkable, then, that now so many young girls will not only embody their power by performing – but will declare their strength by singing about it at the top of their lungs, too. 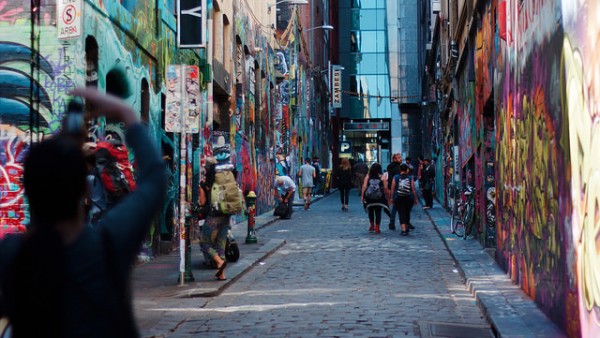 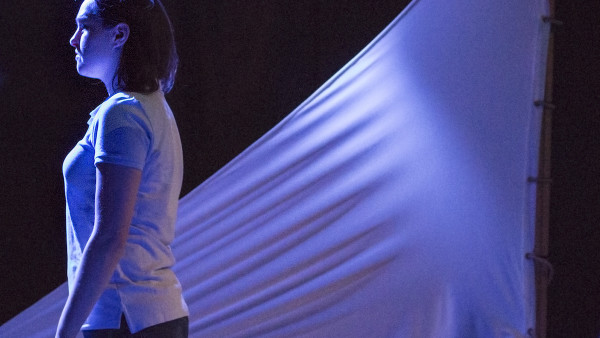