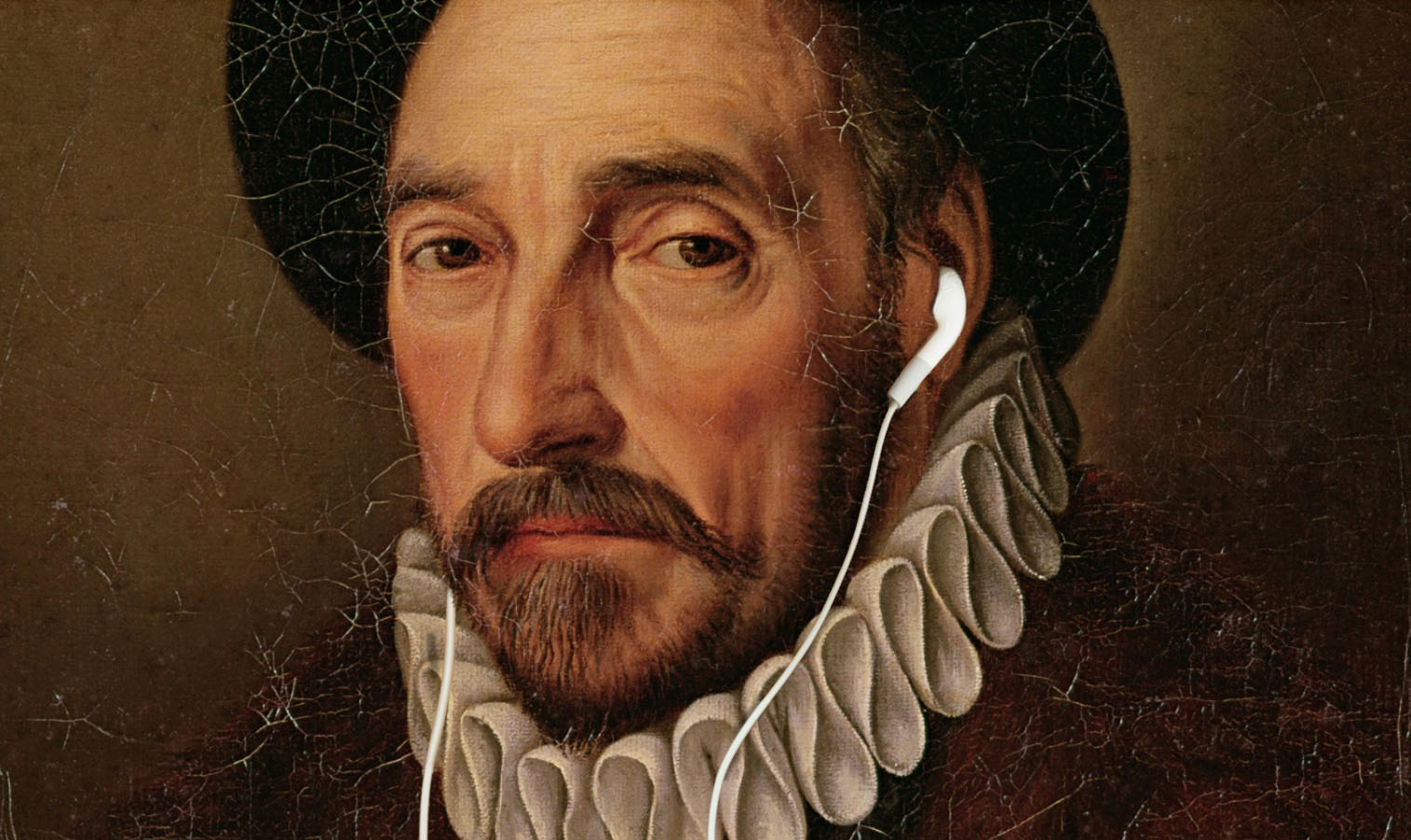 The twenty-sixth of Michel de Montaigne’s essays, ‘On the Education of Children’, is addressed to the Comtesse of Gurson, a district in southwest France. That essay’s subject – the proper instruction of children in matters of the world – was particularly close to Montaigne’s heart, and relevant to the Comtesse, who was, at the time of its composition, pregnant.

A popular public figure, Montaigne was twice elected mayor of the neighbouring Bordeaux, and therefore frequently engaged in local affairs: ‘Having played so large a part in the arrangement of your marriage,’ he wrote to the Comtesse, ‘I have some right to be interested in the greatness and prosperity of all that shall spring from it.’

However, Montaigne makes no designs upon pedagogical authority, proclaiming with some relish that he has merely ‘nibbled the outer crust of learning’. Instead, he advises her that the tutor of ‘the little man who threatens shortly to make a happy departure from your womb’ must ‘put good morals and understanding before book-learning’.

This is the canonical Montaigne: the man whose three-volume Essays, composed between 1571 and 1592, made philosophy personal, tempering grand questions of ethics and existence – what is the moral status of cannibalism? what is the price of vanity? – with candid reflections on the author’s own failings of character.

It is Montaigne’s contradictoriness that animates his writing, and authorises his wilful digressions into ‘any subject that calls out such powers as I have of argument’. The subject matter, as it were, doesn’t matter. It is the experience of life – and the application of one’s knowledge to life – that attracts praise in his writing. ‘Away with all these thorny subtleties of dialectic, by which our life cannot be improved’, Montaigne wrote. ‘They are wasteful.’ Sarah Bakewell, in her acclaimed study of Montaigne, writes that ‘the big question that fascinated [him] can be phrased in three simple words: “How to live?”’

But that is merely a universalised version of the sharply personal question Montaigne asked: How should I live? For Montaigne, what matters is Montaigne. Ever unapologetic, he tells us this on the first page of the Essays: ‘So, reader, I am myself the substance of my book, and there is no reason why you should waste your leisure on so frivolous and unrewarding a subject.’

There is no more modern or enduring pursuit than the search for the self; Montaigne’s great fortune was that, in the essay, he happened upon the ideal form in which to conduct it. And that form – the essay – has remained essentially unchanged since 1571, when Montaigne retired to the castle that bore his family name, determined to ‘paint myself complete, and in all my nakedness.’

To get a sense of how far Montaigne’s literary influence stretches, we turn to writers as different as Nietzsche – who famously remarked that the Essays ‘truly augmented the joy of living on this Earth’ – and Virginia Woolf, who wrote that Montaigne’s work revealed ‘the whole map, weight, colour, and circumference of the soul in its confusion, its variety, its imperfection.’ Imperfection is Montaigne’s great theme, and he took great pleasure in defying his past selves: the same Montaigne who rejected the ‘thorny subtleties of dialectic’ in favour of a pragmatic life lived fully in the world, also spent the better part of his life writing in the confines of a tower.

The formal influence of the essay is greater still, even reaching beyond media traditionally considered literary. Writing for this website last year, James Tierney described the emergence of the podcast as a literary form, but noted that ‘despite its sometimes overly-easy consumption and increasing popularity, podcasting as a form is still under-analysed.’ Making a persuasive case for podcasts as a literary medium, Tierney cites a bewildered New York Times op-ed in which US writer and publisher James Atlas claims that ‘the podcast … is evolving into a new literary form – one so new that it’s soon going to require a name of its own.’

Atlas’s otherwise asinine reasoning is at least useful insofar as it frames an important question of literary classification: how much does technology dictate form? If we can permit a form to travel across technological perimeters, we might categorise podcasts quite simply, without a ‘new name’: podcasts are podcasts, obviously. But if they’re anything else, they’re essays. Tierney describes the podcast as ‘an atomisation of experience’. Podcasts are serial and various technologies – just as any one of Montaigne’s essays can run from a handful to hundreds of pages, a podcast’s duration is entirely contingent (unlike, say, a programmed TV or radio show).

Podcasts tend to be essayistic by virtue of their capacity to sustain discussion and digression. This tendency is discernible in podcasts as different as Roman Mars’s 99% Invisible and Rebecca Shaw and Peter Taggart’s Bring a Plate, in which personality mediates information and opinion is sovereign. (Even in the two podcasts celebrated as the artistic zenith of the form’s capacity for storytelling, This American Life and Serial, the central narratives are dependent upon the rhetorical skill of the speakers.) But the true correspondence between a podcast and an essay – and the reason why Montaigne, had he lived today rather than in sixteenth-century France, would likely have been a podcaster – is that the podcast is a necessarily personal experience.

In 2014, to celebrate ten years of podcasting, Slate published a list of the ‘25 Greatest Podcasts Ever’. They reserved first place for episode 111 of Marc Maron’s longrunning WTF, a two-hour, two-episode conversation between Maron (below) and his fellow comedian Louis CK about comedy, success and the tumult of their twenty-year friendship. ‘When the second part was over,’ wrote Slate, ‘it was clear not only that WTF was a wonderful thing, but that podcasts themselves were a remarkable form.’ 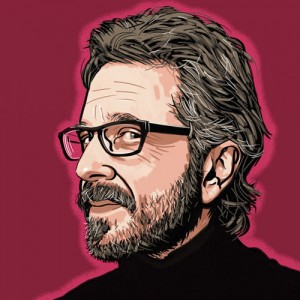 It is easy to see why, though he initially failed as a comic, Maron has succeeded as an interviewer: the same qualities that tend to make his comedy exhausting – his acute self-loathing and relentlessness – serve him well in the fraught psychic terrain of an interview. Maron is tenacious, frequently to the point of rudeness. He is also deeply, deeply self-absorbed, and makes no attempt to disguise it. In the same way that each of Montaigne’s essays are nominally concerned with some philosophical subject – education, presumption, death – but are ultimately about him, so the guests on WTF serve as foils for their host’s earnest and unceasing self-examination.

Obsession can breed narcissism, or it can drive the self out into the world.

Obsession can breed narcissism, or it can drive the self out into the world. Philosopher Theodor Adorno wrote that ‘the effort of the essay reflects a childlike freedom that catches fire … on what others have already done.’ The intensity of Maron’s introspection eventually reflects outward, catching fire on others. Leslie Jamison, writing in the Guardian about her essay collection The Empathy Exams, borrows Adorno’s metaphor to refute the pernicious trope that the personal essay is a self-indulgent form. ‘I’m starting to feel like confession could be the opposite of solipsism,’ she writes. ‘My confessions elicited responses … they coaxed chorus like a brushfire.’

In February of 1571, when Montaigne began the immense self-portrait that is Essays, he expected no artistic success (the noun ‘essai’ in French means ‘attempt’). When, in September 2009, Marc Maron retired to his garage to record podcasts (how much farther from a French nobleman’s castle can you get than a garage in California?), he made a similarly unwitting innovation. Montaigne confessed that he ‘had no thought of my own fame’; Maron was a bitter comedian, attempting rehabilitation through art. Montaigne wanted to know, How should I live? Maron has a simpler question, though no simpler an answer. The first episode of WTF begins with a clear declaration of intent:

From there he begins a rant about US health-food chain Wholefoods, criticising its ‘reprehensible’ practices and denouncing the ‘libertarian wrong-mindedness’ of its CEO, John Mackey, before justifying himself – in a rhetorical move that Montaigne employs across all 107 of his essays – by apologising for his digression: ‘That’s not the issue,’ he says.

Strength of passion – conviction – is Maron’s most robust evidentiary material, as he admits that he doesn’t have any real reason for his hatred of Wholefoods ‘except that I got a mild case of food poisoning from there once before’. He stops himself again: ‘But this isn’t the issue!’ Of course it isn’t. The issue isn’t Wholefoods, or libertarianism, or, for that matter, cannibalism, the education of children, comedy or friendship. An essayist doesn’t have an issue. An essayist has a question, maybe two: How to live? What the fuck? 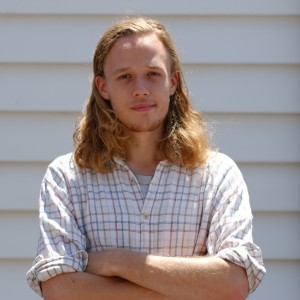 Joshua Barnes is a writer from Melbourne. His work has appeared in Kill Your Darlings, The Suburban Review, Junkee, The Point, Voiceworks and on All the Best Radio. He is a fiction editor at Voiceworks and a creative producer for the 2016 Emerging Writers’ Festival. He tweets from @j___barnes and instagrams garbage – literal and otherwise – from _joshuabarnes.