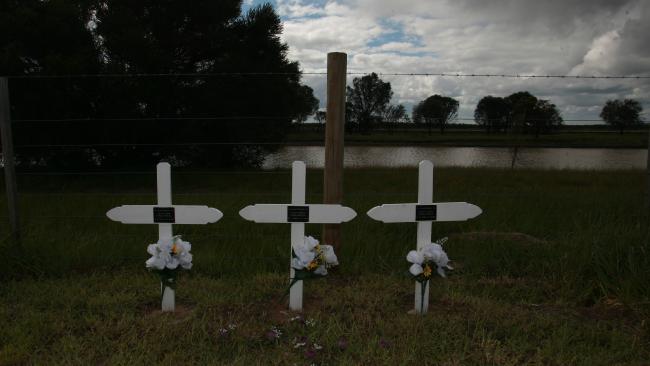 I remember when the Farquharson boys died.

I drive past their crosses each time I go home to visit my parents. They’ve become part of the landscape, their story tied to local folklore. This summer, the dam almost emptied. The depth of it makes my gut drop.

On Fathers Day in 2005, Robert Farquharson drove his car into a dam off the side of the Princes Highway, at the end of the Winchelsea overpass. His three young sons drowned, while Farquharson emerged from the incident unharmed. Helen Garner’s true-crime book This House of Grief follows Farquharson’s trial, and attempts to reconstruct the events preceding it.

It seemed appropriate to revisit the book this summer, in light of the resurgence of public debate about gendered family violence that has raged around the Damien Little murder-suicide, an event with obvious similarities to the Farquharson case.

Second time around, This House of Grief is no less gripping or emotional a read. It can be difficult to separate the writing from the event, or from the larger conversation surrounding it, but Garner’s narrative is a remarkable construction. She builds the backstory with a practiced hand, while following the case against Farquharson as it is established in court. Courtroom scenes are entwined with imagined reconstructions of the events preceding the crime; logistics and emotions are carefully balanced. The book’s structure is refined, the writing svelte, and yet, I couldn’t say I enjoyed it.

I grew up in the Winchelsea-Colac area, a network of coastal and agricultural towns that are interdependent and uncompromisingly traditional. Jobs are limited to area-specific necessities, and are largely divided by gender: men are farmers, labourers, bakers and butchers; women are shop clerks, nurses and administrative assistants. The culture is characterised by a strong religious influence and the emphatic reinforcement of small-town stereotypes: football heroes, town bikes, bogans. Employment opportunities are limited, and most young people move to the cities. Those who stay settle down early, and start their own families.

Reading This House of Grief, I was struck by the uncommon intimacy of another’s writing, and another’s story, set against the backdrop of my own childhood and adolescence. Garner’s narrative wanders through spaces I have inhabited over many years. These places become semi-haunted, a retelling of someone else’s memory.

The book reads like a nightmare to me, with dread my constant companion. Familiar places and events are re-imagined, twisted into something alien: a surrealist landscape littered with well-known names and faces. The windswept terrain is recognisable, even recorded by a foreign perspective, but it is too close, too sharp, a painting where the colours are too bright for authenticity. The story refused to sit at arm’s length, the way most stories inevitably do – though I had been unaware of that comfortable distance until I was confronted by its absence.

As Garner acknowledges, she could only ever offer an outsider’s perspective, albeit an intuitive one. If art strives to give order to chaos, Garner, as the artist, attempts to draw the story’s threads together to create a feasible, even beautiful, narrative, one that offers a credible explanation for Farquharson’s crime. But that was not the reality of the event. Locals have lived the inverse of Garner’s tidy narrative. Farquharson’s crime exploded ordered lives into chaos; there were too many threads to count, and no explanation was sufficient.

Garner’s outsider’s perspective is constantly reinforced. She is routinely shocked by Farquharson’s averageness. Another character suggests that he is a psychopath, and perhaps that is what Garner was expecting to find, because it is with apparent surprise that she admits: ‘He was ordinary. A man.’ The intensity of the court scenes are occasionally interrupted by levity, moments in which Garner sees that ‘the rest of the court [is] reminded of the likeable ordinariness’ of Farquharson and his family. In the place of the psychopath, the chaos, Garner finds our everyday: country people, country attitudes, country mundanity – hardly a true-crime novel waiting to be written.

I was unsurprised that she clung to the possibility of Farquharson’s innocence with faith bordering on asceticism. Perhaps this is the intangible element – the ‘reasonable doubt’ of the public observer – that makes Farquharson’s story, and Garner’s telling of it, so gripping. While her perspective is inarguably external, in some ways she so perfectly construes, even re-enacts, the community’s emotional reaction to the event: a grating clash of hopelessness on hope; dread, suspicion and grief. As Garner’s young courtroom companion Louise says, the truth of whether or not Farquharson’s act was deliberate is in some ways ‘the least interesting question anyone could possibly ask’. The case, the endless debate, and This House of Grief itself combine to question the ‘excruciating realms of human behavior, where reason fights to gain purchase.’

The event’s investigation and aftermath were a verbal surge of opinion, uncertainty and possibility. They forced us to consider not only what Farquharson was capable of, but what any man, any father, is capable of. The swell that followed the storm, of which This House of Grief is a significant part, took the form of ongoing speculation over integrity, pride and paternal instinct. Local men swore, with hushed vehemence, that if they’d been unable to get their kids out of a submerged car, they’d have died trying. I heard Farquharson called a coward on more than one occasion. Even now, no one seems to understand how the tragedy occurred – to understand how it was even possible for a man to drown his kids.

It has been a deeply gendered conversation, taking place in and about a local community steeped in traditional roles. Though the broader issue of gendered domestic violence is intrinsic to the case, Garner gives it only a passing nod. She acknowledges, when it’s raised in court, the theory that Farquharson may have killed his children to punish his ex-wife for leaving him (perpetuating an alarming trend in domestic violence), but never offers her opinion. Her approach in This House of Grief is not issues-based, but individualistic: a single case, faith worn away by tire-mark analysis and expert witnesses; a single man, the average Aussie bloke, emerging, with excruciating slowness, as a killer – a killer, but not a monster.

Despite its shortcomings, This House of Grief is a discerning contribution to the literature surrounding the death of Jai, Tyler and Bailey Farquharson. Though Garner is ultimately unable to penetrate the internal community dynamics of Winchelsea and its surrounds, and though, by her inattention to the prevalent gender issues, she fails to offer a comprehensive view of the case, her speculation on love, shame and cruelty, those inextricable facets of humanity, fills much of that space.

There will always be more questions than answers. When I drive past that dam now, my eyes are ever drawn to those little white crosses, that stretch of road forever marked by tragedy.

This House of Grief is available through Readings. 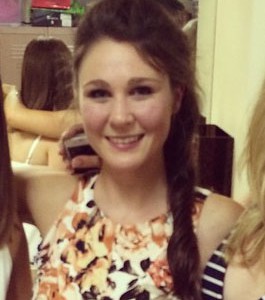 Ashleigh Hanson is Fiction Editor of Kill Your Darlings. She has an editing degree from RMIT and currently studies ancient history and literature through the University of Melbourne. Originally from the Otways, she is currently based in Europe. @ashhansn