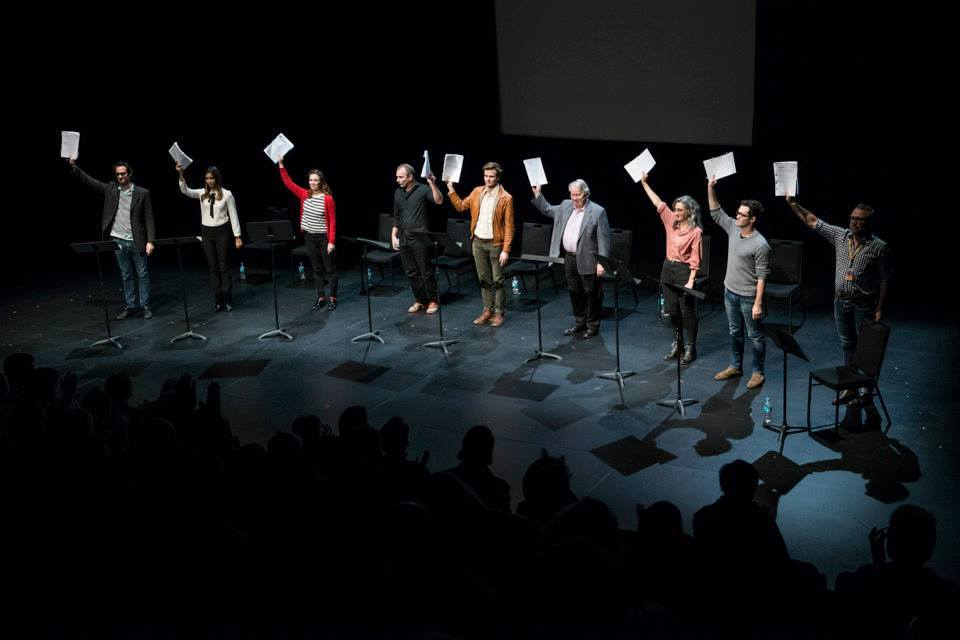 Attempting to analyse the state of contemporary Australian playwriting through the eyes of the National Play Festival (NPF) is a dangerous game. This annually curated collection of play readings – supported by workshops and run alongside industry forums – is perhaps less of a snapshot of Australian plays than it is of the current leadership at Playwriting Australia.

Still, there is something to be gained from observing any collection of works in close proximity, and in these readings you could see the way Australian playwrights are reaching out into the world, keen to place Australia in a firmly global context.

On stage at this year’s NPF in Adelaide, in six full-length works from writers across Australia and four excerpts from local writers, characters spoke English, Mandarin Chinese, Greek, and Spanish. They tried to speak in tongues. They’d forgotten their childhood Bengali.

They were wildly global. They drove down Australian highways, stopping in an endless stream of facsimile motels. They worked in mythical lakeside villages, dreaming of upcoming trips to Paris. They flew from Australia to India, and back. From Australia to England, and back, and back. They escaped with just a typewriter to a lonely shack in a distant country. They hurtled though space, the first two people to colonise Mars.

They were resolutely local. They entered the arcade games world championships in Geelong, along with people from as far away as Port Noarlunga. They drifted cars around winding roads in the Adelaide Hills. They stood outside the Coles in the basement of Melbourne Central, watching countless people do their shopping before running to catch a train, thinking how unbelievably rich the man who owns that empire must be.

Even together, these works offer only a glance at the state of Australian playwriting. But it is a glance that shows the minds of our playwrights in robust health, with works that are itching to find their audience.

These writers penned plays filled with the resolute joy of youth; with loving your family and wanting to hold on tight. They wrote devastating tales of painful escapes. They created forty-minute bursts of power that rose to a brain-splintering cacophony; and three-act epic satires set over sixty years and three continents.

We can write for days about issues that plague the industry. On a panel about Adelaide’s past and future, I spoke about my worries for this city: a long way away from bustling theatre industry of the last century where companies like Red Shed allowed young artists to experiment and flourish. That middle-tier of companies has dropped out from underneath us and there seems to be no way to claw them back.

When Neil Armfield was recently announced as the new co-artistic director of the Adelaide Festival, he told the gathered media, ‘Patrick White told me that every serious Australian artist has to prove themselves in Adelaide.’ Thirty years on, this locative dialogue has been reversed. Young artists are told they will never be taken seriously until they get out of Adelaide.

On a national level, there are concerns about the impact of funding cuts on individual playwrights, and on the independent and small-to-medium performance sector that produces the bulk of new work in Australia. Concerns about the pressure artists feel to create works with small casts to lessen the financial risks associated with producing new work, and concerns about the continuing whiteness and maleness on Australian stages. 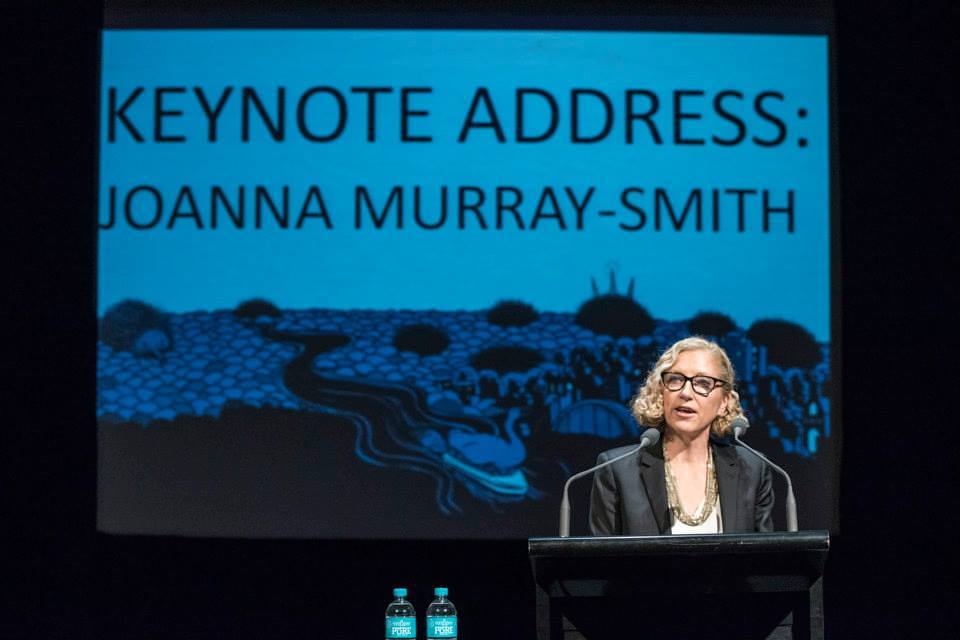 And, of course, these discussions were happening at the NPF. Perhaps one of the most important actions to come out of this year’s festival was the launch of the Create Diversity pledge. ‘We all have a role in creating stories that reflect the diversity of the world in which we live,’ it begins.

But while I was listening to the plays, none of these things were on my mind. This power to overshadow external realities is often true of theatre. I sat in the dark and watched people read from scripts that had been changed in the hours and minutes before the doors to the theatre opened. I laughed, and I cried at the astonishing work on display, which still only scratched the surface of the current state of Australian playwriting.

In a rousing call-to-arms, Joanna Murray-Smith opened the festival with a keynote address. ‘We have a responsibility to have courage,’ she told the gathered writers. ‘The courage not to hide our fundamental privacy in layers of literary gift-wrap, but to expose ourselves, reveal ourselves, state the inconsistent algebra of our lives where nothing properly adds up, no characterisation runs true to type, where all structures and systems incorporate their own saboteurs.’

Sitting in the audience, watching reading after reading, I couldn’t help but feel these artists posses courage in spades.

All photos by Shane Reid.