A Mess of a Brain: A Girl Is a Half-Formed Thing at Edinburgh Fringe Festival 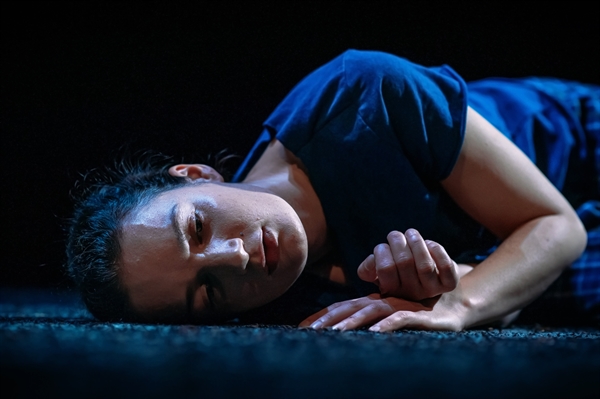 In some ways it seems like an impossible task to take Eimear McBride’s A Girl Is a Half-Formed Thing and translate it to any other art form. How to find a life for a book that is so internal, so unrelenting, in anything other than the pure words of its narrator as they appear on the page?

But then, an adaptation to theatre, which is so often a place of internal monologues and spaces that exist between our physical world and somewhere else all together, makes sense for McBride’s debut novel.

Theatre can be loud and naturalistic, ‘theatrical’ and brash. But it can also be quiet and pacing, solitary people speaking to crowded rooms in hushed tones with fierce intensity: theatre that asks the audience to fall deeply into the mind of one person.

Annie Ryan, the artistic director of Dublin’s The Corn Exchange, directs her own adaptation of the book, using McBride’s original text stripped back to the bare essentials. Aoife Duffin’s solo performance, searing and intense, runs just over eighty minutes at the Traverse Theatre for the Edinburgh Fringe.

As she stands on Lian Bell’s dark set, the raised platform appears to be covered in tiny stones painfully piercing the Girl’s feet. Her body absorbs all of the luminescence of Sinéad Wallace’s lighting, glowing in the centre of this space and yet still small and quiet, Katie Crowley hiding her away as just a girl in a loose t-shirt and baggy pants. 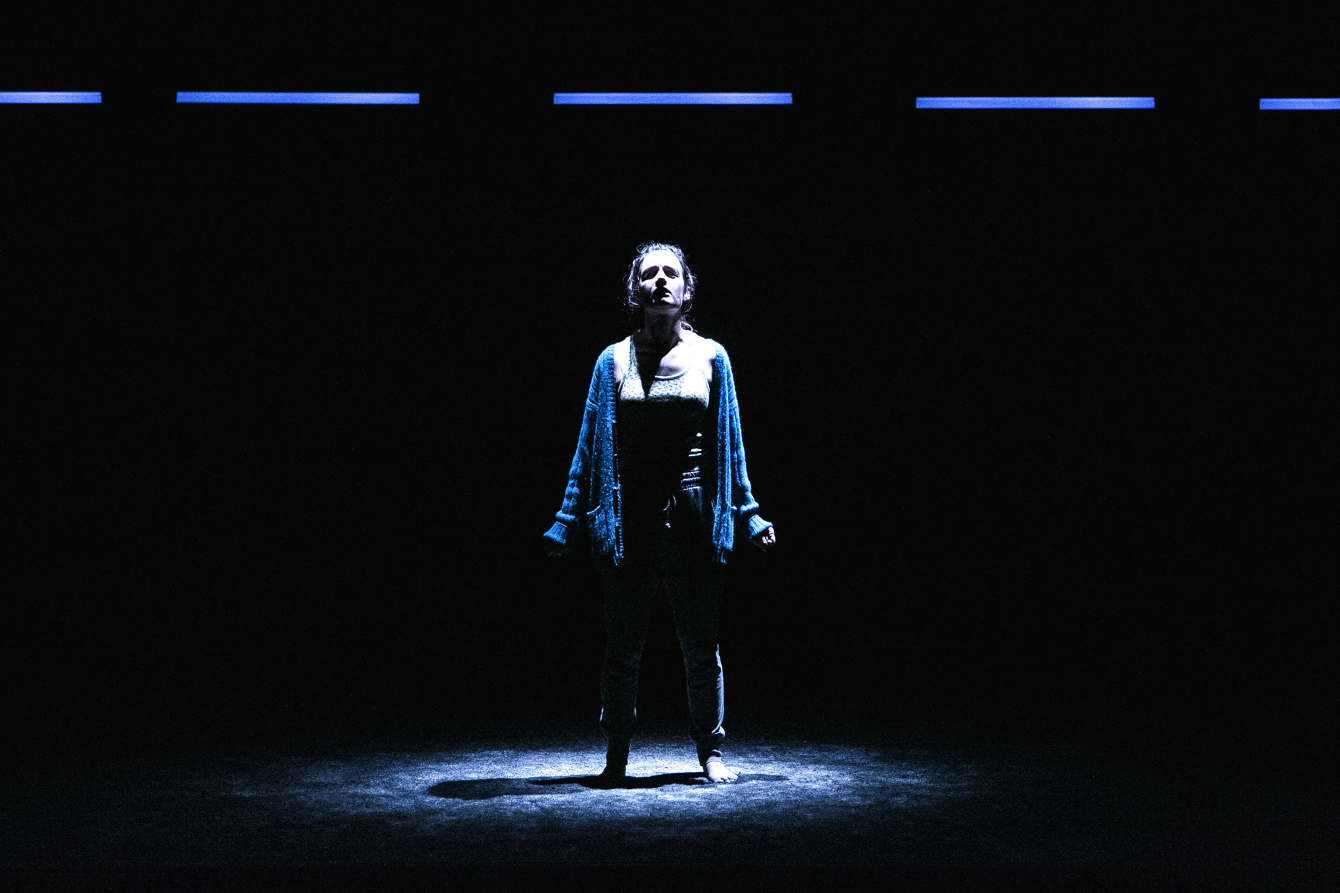 Duffin moves around only briefly. As she holds conversations between characters she often stands in the position of one while morphing her face and her voice to speak the words of both. As the work reaches the peak of its intensity, Duffin’s body becomes taut. Wallace’s lights bear down, Duffin’s eyes look deep and hollow and black; Mel Mercier’s compositional dissonance burns under the words.

It is an accomplished theatrical work, bringing together many strong elements. And still, something about the story sits uneasily on stage.

In many ways, the transition of language from McBride’s page to Ryan’s stage makes the work too easy.

Much of the book’s power derives from the sheer commitment required to read it. How many readers have set it down, after struggling with the fractured rhythm of the first few pages? But when you find your way into McBride’s lilt, the book in unrelentingly driving. Your brain becomes hooked onto the language and the voice of the Girl ­– fragmented, searching, sharply cutting, always shifting.

The difficulties and pain the Girl faces in her life are amplified by the form the novel takes: you have to work to understand. You have to burrow deep inside the Girl’s brain, and your effort to do so is fully rewarded.

On the page, characters share the same paragraphs; McBride refuses to give space for your brain to understand easily. It is one mess of a world; the Girl’s brain a mess of a brain. You try and break up the world as best you can – between characters, between thoughts internal and external ­– but parts always remain muddled.

It’s in this that the work becomes easy when it is placed on stage. Ryan gives us insight into McBride’s power and genius, and a more faithful stage adaptation you’re unlikely to find. We are drawn into the intensity and focus of one woman. But in the adaptation process, Ryan breaks up the density of McBride’s text: rather than a concentrate of the original, the work is diluted.

The theatre adds many things to Girl: the power of shared witness, the inability to close the book and walk away, the influence of lighting and sound – and, most powerfully, its absence. But the difficulty of the work is lessened, and so too are its rewards.

McBride’s A Girl Is a Half-Formed Thing is dense and harrowing. Over twenty years, we follow the Girl through stories of cancer, death, and rape. Stories of a young girl struggling in her relationship with her mother and her disabled sibling; of a young girl who is raped by her uncle at 13 and who tries to reclaim her body and claim her stake on the world by having sex with boys in the school yard – never allowing herself to realise how much she is hurting. McBride builds the text in layers, her deep well giving a defiant voice to a young woman. And yet, at its core, the plot of the work is simple. Travelling through twenty years over 240 pages, we rush through the Girl’s world with intensity.

McBride’s voice has often been compared to that of fellow Irish novelist James Joyce, and she freely quotes him as an influence on her style. From Joyce she took the freedom to approach text, language, and grammar with malleability. In this, it is also interesting to compare Ryan’s A Girl Is a Half-Formed Thing to Olwen Fouéré’s stage adaption of Finnegan’s Wake, riverrun, which played in the same venue in last year’s Fringe, and toured to Australia earlier this year.

Joyce’s novel is a more challenging and esoteric book even than McBride’s, and in transplanting that text to the stage Fouére embraces the difficulty. She asks her audience to fully surrender to the voice of the river, Joyce’s words only revealed in fits and starts. It is, as I wrote in my review, ‘language performed as contemporary dance,’ making Joyce’s use of language and expression at once richly understandable, but placing understanding of the full body of the text as out of reach as ever.

Neither McBride’s nor Ryan’s version of A Girl is a Half-Formed Thing attempt the same heights of Joyce and Fouére, and on the surface it makes sense to bring the novel faithfully to life. Indeed, the stage show holds many powers in its distillation of the story. But despite its fidelity, it does not come close to embracing the incomparable full-bodied richness of the book, and so feels incomplete.

A Girl Is a Half-Formed Thing plays at Traverse Theatre for the Edinburgh Fringe Festival until August 31. More information and tickets.

Eimear McBride’s novel and Annie Ryan’s stage adaptation are both available for purchase through Readings Books.