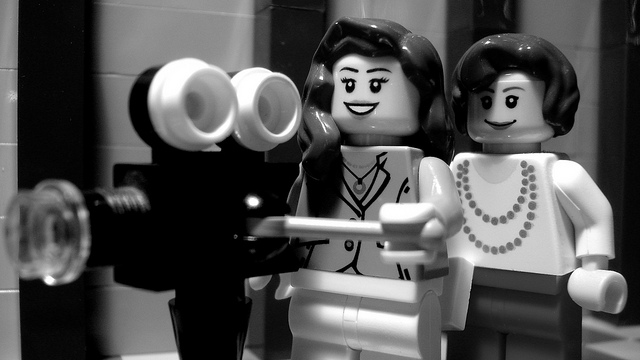 1998 was a good year. It would be several months before my innocence was ripped away, when my shell-shocked classmates and I gathered to commiserate the morning after the episode of Felicity where Felicity cut her hair short. During 1998, I spent long days waiting for the school computers to take half a lesson’s time loading Windows 98, while pretending to have an opinion on which Backstreet Boy was the cutest. We didn’t have a computer at home yet, so I would spend nights doing the things you did before the Internet existed. I can’t remember what those were now – I suppose using quills to write letters, or churning butter or something?

It’s been seventeen years since 1998, and things are different now. Felicity is on a program called The Americans, and her hair is straight, but rightfully long once more. I now feel comfortable admitting to people that I would instead have preferred to discuss which of the Spice Girls was the cutest (Mel C); and my MacBook Air takes mere moments to load. Lots of things have changed for the better.

But some things haven’t changed at all. The Centre for the Study of Women in Television and Film at San Diego State University publishes an annual study tracking the involvement of women in cinema. The latest study, covering the top 250 films of 2014, reported that women held only 17% of influential behind the scenes positions, such as director or writer. This result is obviously terrible, but more alarming still is that this figure has not changed since the first year the study was done, in – you guessed it –1998. It has not improved from the year Katie Holmes first appeared on Dawson’s Creek, all the way through Katie Holmes’ marriage to Tom Cruise, Katie Holmes’ divorce from Tom Cruise, or Suri Cruise’s emergence as a fashion icon. The same study also found that the number of clearly defined female protagonists starring in the top 250 movies was at 12% in 2014. This number does not reflect the amount of women who appear on screen (and who constitute less than a third of speaking roles in film); rather, it explicitly signifies the small amount of stories the world gets to see from a woman’s perspective, in a narrative driven by women, free from the shackles of being a reactress, or a vessel for a male character’s development.

Fundamentally, these numbers also indicate a wider and whiter problem. Three-quarters of all female characters were white. The study doesn’t elaborate on how many were also cisgender, thin, able-bodied and heterosexual, but I think we can hazard a pretty good guess. We are still at a point where far less than half the movies we see have a clear female protagonist, even though women make up half of the population. If women as an ENTITY are not properly represented, their stories not told, then what chance do women of colour have? If a white woman can visit the cinema and only rarely see herself depicted in onscreen narratives, then what chance does (for example) an Indigenous woman, a queer woman, or a queer woman of colour have? White women are nowhere near onscreen parity with white men, but they nevertheless are granted far greater visibility overall than women of colour. Women’s stories should be represented all the time, and by now we should have moved well past narratives of the white and the rich, and onto those representing diversity.

How can it be that this remains the present state of affairs? Well, I guess we know how. Those in charge have always been and are still predominantly male, and these men are inclined to give opportunities to other men. On the occasions when female writers, producers and directors do make movies, they are more likely to make movies about women, and including women, than their male counterparts. There is a reason the cast and crew of independent movies and documentaries have higher rates of representation of women and minorities. In order to have their stories told, women in the film industry must take the independent, non-mainstream path.

Let’s imagine if the reverse were true. Imagine if the major cinema near your house, more weeks that not, failed to screen any films driven by a white male protagonist. Yes, it sounds like heaven. But it also sounds impossible. It is hard to envision a world where everyone would be okay with this. Where men would go along to the cinema and, almost every time, unthinkingly buy a ticket to the latest movie made by and/or about women. It actually sounds like the plot to a good (science fiction) movie. And that’s because movies about women are still perceived as niche. Let me say that again, because it is so conceptually ridiculous. Stories told about half the population are seen as niche. Movies starring women, or about the lives of women, are seen as ‘for women’. Why on earth would MEN want to see stories about WOMEN? Yet women are expected to (and do) engage with depictions of men’s lives in art and film over and over again. Art created by or about women is for women only, whereas art created by or about men is for everyone. Men are the norm and the standard, and anything different is a deviation. That (female) deviation is specific, particular, and not for general consumption.

Of course, most movie-goers will continue to pay to see films about men, because that is primarily what they’re offered. I love movies, but I am sick of turning up at the movie buffet, moving down the line in anticipation, and being offered one lukewarm plate of white men after another. If the buffet included more women, and especially different kinds of women, people might just take some for their plate. But first, we need to make an effort. Go out of your way to support a small, independent buffet/cinema that has women in it, in a different neighbourhood. Demand more. Get angry. Start smashing the plates on the ground like you are at a Greek wedding. The status quo is deplorable. It is not getting better. These unwavering numbers showing clear inequality should not be normalised, should not be ignored, and should not be accepted.