The Art of Influence: On writing The Flywheel 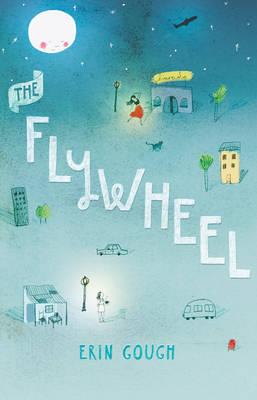 My book for young adults, The Flywheel, was published last month. It is the first book I’ve published, and it took me a fair amount of time spent alone in a quiet room to write. Now that it’s out in the world, I find myself forgetting the hours spent at my desk. I forget my steely resistance to sleep-ins, beach trips and HBO box sets. Instead, over the past few weeks, I’ve been running my fingers across the embossed cover in amazement, unable to believe I managed to pull it off, and wondering where this wondrous object with my name on it came from. ‘From hard work and, frankly, superhuman sacrifice,’ is a tempting answer. ‘From someone privileged enough to have the time and energy to write,’ is another possible response. A third angle is to consider the wider cultural and artistic elements in my world that shaped the way I wrote The Flywheel, and why I wrote it. It is this question of influence that I want to explore here.

When speaking of literary influence, Salman Rushdie likens the world of the imagination to an ocean: ‘The young writer, perhaps uncertain, perhaps ambitious, probably both at once, casts around for help; and sees, within the flow of the ocean, certain sinuous thicknesses, like ropes, the work of earlier weavers, of sorcerers who swam this way before him.’ I imagine any writer, irrespective of age, experience or gender, can relate to this. We read our favourite authors to see how they’ve tackled a particular theme, created a memorable character, or solved a structural puzzle, and use what we find to inform and improve our own writing.

I read a lot of books as a kid, but the book I read and loved most was Alice’s Adventures in Wonderland. After years of youthful obsession, Carroll’s self-possessed protagonist has never really left my head. Alice is strong, smart and determined, and she gets to be these things even though she’s a little girl. Knowing this character so well made writing The Flywheel’s protagonist, Delilah, an easier task. 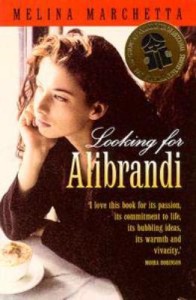 As a young adult reader, I was lucky enough to have access to books by Australian YA writers including Robin Klein, John Marsden, Brian Caswell and Melina Marchetta. These writers taught me how to use humour in my writing (Klein and Marchetta especially), and showed me that you didn’t have to live in England or America to write books. It was possible, in fact, to tell a captivating story about living and growing up in Australia. I read Looking for Alibrandi as a seventeen-year-old in my final year at an all girls’ school in Sydney; I felt like someone had taken my life and put it on the page. The sense of recognition was exhilarating.

But literary influence is only a part of any book’s story. For The Flywheel I wanted a certain lightness of tone, and decided that the Marx Brothers movies provided the perfect template. The Marx Brothers lend my book its title (named after one of Groucho’s characters) as well as its slapstick – poor Del is constantly spilling coffee onto love interests, crashing onto dance floors, and falling over pot plants.

There are of course other forms of influence on a writer that have nothing to do with art. The idea for my book came to me many years before I wrote it, when I was a student on the editorial team of my university’s magazine. I was trying to think of content ideas, and decided I’d write a serial story, publishing one chapter every edition. It would be set near the uni in one of the cafes I hung out at between lectures, and its preoccupations would be things like first love and the difficulty of working out where you fit in the world, which our student readers could relate to.

I quickly realised, however, that on top of studying and writing regular magazine content, I didn’t have time for my serial story. Another reason I put off progressing this particular idea was because I wanted to have a lesbian main character. Not only did I want her to be a lesbian; I wanted that to be no big deal for her – or maybe a bit of a deal, but manageably so.

The problem was I didn’t know how to write the story of a character who was at ease with and open about her sexuality, because I didn’t have that for myself. I wasn’t out yet. And when I cast around for the work of other writers who had swum this way before me, I realised that I hadn’t ever read a book with a gay character that was more or less comfortable with their identity. I’d certainly never come across any as a young adult, not even in a Judy Blume book.

And then finally, around 2011, with a lot more writing and living under my belt, I was ready for the task: to write that story for my young adult self – the book I’d wanted to read when I was younger, but which hadn’t existed.

Since then I’ve come across a number of books that fit this description. But when I think about how many have been written in this country for young readers, and the number of Australian school students who identify as non-heterosexual or gender diverse (more than 11 per cent, according to the latest national survey) I wonder why there aren’t more.

At the start of Tomorrow, When the War Began, John Marsden’s protagonist Ellie is part of a small band of teenagers battling against an invading foreign power. She is tasked by her friends to be the group’s scribe; to ‘write everything down’.

‘It’s terribly, terribly important,’ she explains to the reader. ‘Recording what we’ve done, in words, on paper, it’s got to be our way of telling ourselves that we mean something, that we matter.’

To give readers who may not have seen themselves represented in YA before that thrill of recognition, and the message that they mean something, that they matter: for me, this imperative was the biggest influence of all.

Erin will be in conversation about The Flywheel at the Kill Your Darlings’ First Book Club on Thursday 26 March at Readings Carlton. Further details can be found here. RSVP to [email protected]

Purchase The Flywheel through Readings Books. 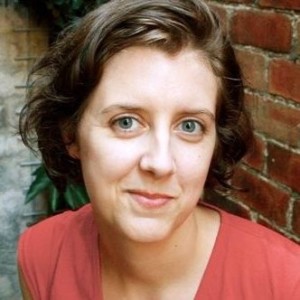 Erin Gough is a Sydney-based writer whose award-winning short stories have appeared in a number of journals and anthologies including Black Inc.'s Best Australian Stories, Southerly and Going Down Swinging. Her first novel, The Flywheel, published in February 2015, was the winner of Hardie Grant Egmont's Ampersand Project. Follow her on Twitter at @erinonfridays. eringough.com