The (Sometimes) Beauty of Being Alone at the Theatre 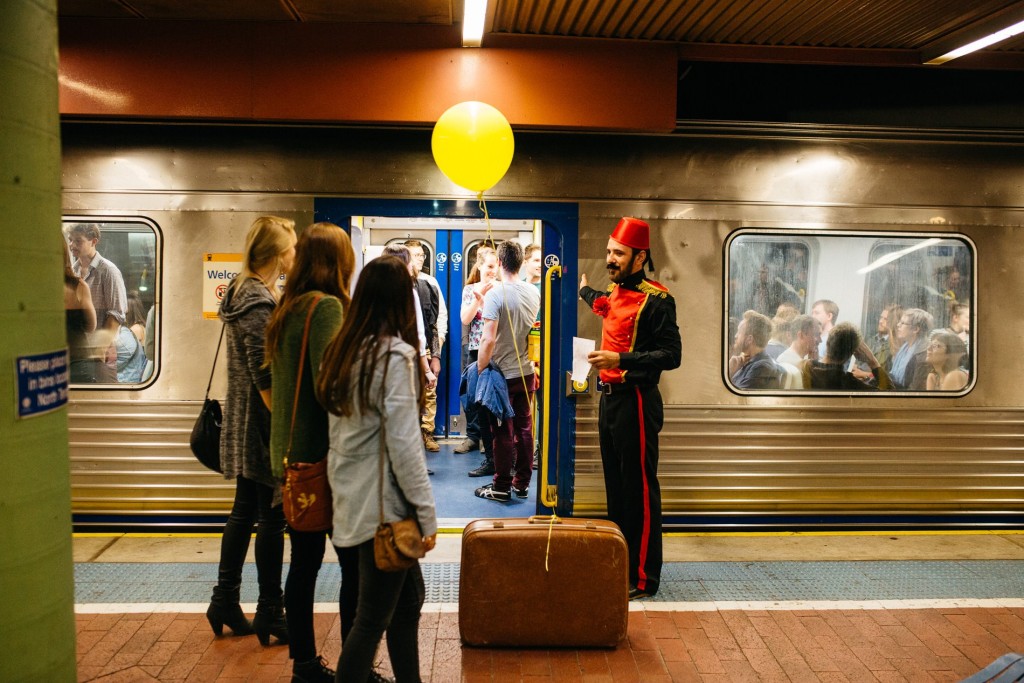 I often go to the theatre on my own. Sometimes it’s a last minute decision to attend a performance, sometimes I’m not sure who among my theatre-going friends would be interesting in coming, sometimes it’s festival season and I know I’ll be frantically scurrying between four different venues in all corners of the city. One of the great joys of writing reviews is that even when I attend productions solo, I still get to talk (write) about them at length after the fact.

Seeing theatre is a wonderful activity to do unaccompanied, because as soon as the performance starts, everyone is alone in some way. I am, of course, talking about theatre in its most traditional form: the sense of a dark, full room, where you join hundreds – maybe even thousands – of other people, all sitting and looking in the same direction, silently watching a group of people at the front talk to each other while pretending the audience aren’t there. Under darkened house lights, in front of proscenium arches creating invisible fourth walls, we sit alone.

Inside the theatre, each audience member is placed in a space between being alone, and being part of a collective unit. The presence of the audience is key to the way we experience a performance: the first laugh that lets the rest of the audience know they can laugh, too; the flash out of the corner of your eye of someone wiping away tears, and you realise they’re as moved as you are; the tense hush of an audience collectively sitting on edge. The lone cough growing to a symphony of disgruntled audience members not bothering to hide their boredom; the giggles and the bump of chairs and the not-so-hushed whispers from distracted young children who haven’t quite yet learnt the rules of how to behave at the theatre.

It’s a space to sit alone, quietly wondering at art and what it has to teach about the world and your life. When theatre works, there is something beautiful in this together-aloneness.

There is more to performance than theatre, of course. And more to theatre than sitting in front of a proscenium arch, watching actors pretend they’re in a different room while you observe decorously. There are one-on-one shows, or performances you experience alone through headphones or books, or not alone at all: where audience members talk to, collaborate with, yell at each other and the artists.

It was while attending a performance in the latter category a few weeks ago that instead of being contentedly alone I found myself uncomfortably lonely. That day, being part of the audience wasn’t quiet and comforting, instead it was an unhappy and uneasy state of separation from those around me. Moving Music is part music festival, part live art performance. Following its inception in 2012, it rapidly became an Adelaide institution, before wrapping up with its final safari in January this year when it travelled for the first time to Port Adelaide.

I‘d had a less than stellar day, and was looking forward to seeing friends and getting out of my own head at Moving Music. My friends and I joined hundreds of people at Adelaide Train Station awaiting a chartered train from the city, anticipating the evening ahead as an opportunity to talk and laugh and dance and feel free.

As my small group approached the platform we were greeted by bellhops, who directed us into separate carriages according to height: shortest through tallest. As the shortest in my group, I was peeled off first and placed into a carriage without anyone I knew. I had thought I would be experiencing the evening of performances with friends, but instead found myself in a space much more akin to the theatre: sitting alone. The voice of local artist Emma Beech, whose performance work often incorporates conversations with strangers, came over the train speaker system to tell us about the conversations she’d had on this train. ‘The makers of Moving Music have been inspired by loneliness this year,’ she said, before welcoming the musicians who had written songs inspired by lone commuters on this route. These musicians stood in front of the train doors, squeezing guitars and cellos into the tight space, and played as we travelled towards the Port. Rather than enjoying the music, though, I ruefully noted how successfully Moving Music was proving to be at creating that sense of loneliness in me.

When we pulled in to Port Adelaide Station, I was reunited with my friends. Together we walked towards the water and the large shed that was the venue for the rest of the festival. I concentrated very little on the music that night. Instead, I spent the evening talking to friends – trying desperately to not be alone, and certainly trying not to be lonely.

I’ll spend hours this year watching performances on my own. Sometimes, they will make me feel isolated. Sometimes, those feelings of solitude will be exactly what the artists will want me to feel. I hope I’ll spend most of my time in the audience alone, but together. Alone, but not lonely.