The witch is dead: Hilary Mantel’s The Assassination of Margaret Thatcher

Although Hilary Mantel doesn’t like to talk about politics, she certainly seems to enjoy writing about it: her last two books, Wolf Hall (2009) and Bringing Up the Bodies (2012), deal masterfully with the brutal political intricacies of Tudor England. At their centre is the curiously sympathetic figure of Thomas Cromwell, who, as Chief Minister to Henry VIII, spent a lot of time arranging for people to get beheaded. Despite his Machiavellian moves, he’s an incredibly engaging – even beguiling – protagonist, largely due to Mantel’s remarkable ability to inhabit her characters and illuminate the human stories entwined in major political events. 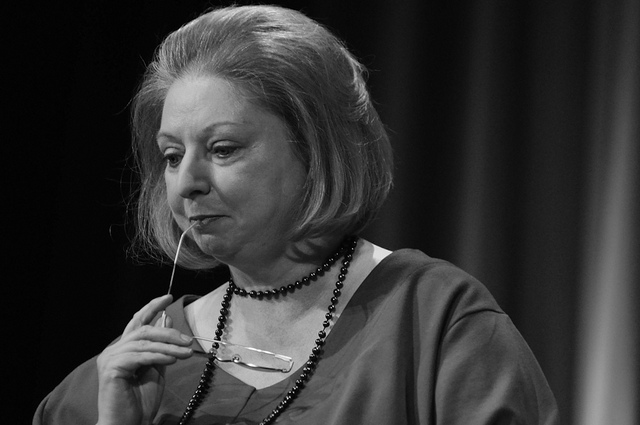 This could be what you’d expect from her latest book, The Assassination of Margaret Thatcher, particularly considering its magnificent title; but this macabre short story collection is a reminder that Mantel’s gifts extend far beyond the meticulouslyresearched historical fiction that finally won her the literary accolades she’s long deserved. She’s an astute and unflinching observer of situations that blur lines between the fictional and the factual (‘Sorry to Disturb’ was originally published as ‘Someone to Disturb’, a memoir piece in the London Review of Books), the everyday and the otherworldly (vampires run a medical clinic in ‘Harley Street’), the political and the personal (a woman unwittingly lets Margaret Thatcher’s would-be assassin into her apartment in the title story).

Thatcher herself bookends the collection, but she’s more a spectre than a character: in ‘Sorry to Disturb’, set in 1983, the Saudi-based narrator (Mantel herself, we presume) recalls staying up to watch the UK election results on television: ‘When we turned out the light, the grocer’s daughter jigged through my dreams to the strains of “Lillibulero”’. In ‘The Assassination of Margaret Thatcher’, a clever and tensely paced re-imagining of history, the Prime Minister is the reason for the tenuous alliance formed between her assassin and the owner of the apartment he enters to commit his deed. The bedroom window offers a perfect view of the hospital Thatcher is shortly due to leave after a successful eye operation, and as the killer unpacks his equipment, the homeowner – still unsure what’s going on – wonders if her unexpected guest is a photographer. ‘How much will you get for a good shot?’ she asks him, prompting an exchange that’s sharp with double meaning: ‘Life without parole’, her visitor replies. The homeowner laughs, still in the dark: ‘It’s not a crime’.

Mantel herself has a distinct presence in her work. ‘Sorry to Disturb’ is an unsettling study of isolation and unease based on the four years the author spent in Jeddah thanks to her husband’s geology work. She spends hours alone in their air-conditioned apartment, with its ‘oppressive hush’ and ‘double doors of dark wood, heavy like coffin lids’. Interestingly, Mantel’s past also helps form the backdrop of the title story: she once lived in an apartment that looked directly over the hospital where Thatcher did indeed have eye surgery in the 1980s.

But this short story collection often blends the real with the otherworldly, as does much of Mantel’s work; she’s said that there’s ‘a slight edge of the supernatural’ in all her books. Whether the characters in these stories imagine fantastical horrors where none exist (such as the children who mistake a disfigured child for a monster in ‘Comma’) or have genuine encounters with spirits (such as the woman who sees her father’s ghost on a train in ‘Terminus’), Mantel makes us aware of the fragile borders between this world and the next, between our perceptions and our reality.

Many of the short stories have a bleak and gritty feel, embracing their dark subject matter – loneliness, infidelity, death – with vivid, visceral descriptions: there are ‘insect opportunists frying themselves on the lights’ in ‘Sorry to Disturb’; ‘embalmed meals for travellers’ sit in a chill cabinet in ‘Terminus’; a hotel exterior is ‘grayish-white and crinkled, like a split-open brain’ in ‘How Shall I Know You’.

Mantel is frighteningly good at cataloguing the grotesque minutiae of contemporary urban existence, but she’s just as adept at zooming out to craft scenes that encapsulate the worst of human behaviour and experience: from a philandering husband caught in a compromising moment (‘The Long QT’) and a young girl’s cruel indifference towards her older sister who’s slowly starving herself to death (‘The Heart Fails Without Warning’), to a couple who become unwittingly complicit in a terrible act on the first night of their holiday (‘Winter Break’). 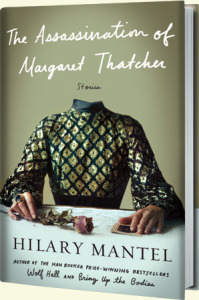 ‘Harley Street’; when Lola’s sister begins to lose weight in ‘The Heart Fails Without Warning’, she says, ‘I don’t mind; the less of her the better’), The Assassination of Margaret Thatcher is hard to put down. There’s something grimly fascinating about every story, a compulsion to discover what becomes of the variously malevolent, dissatisfied or otherwise troubled people that populate the book’s pages, and what their actions and choices deliver them. They’re so well observed, so horribly plausible; we can’t help but discern our own murky reflections – our faults, our regrets and our missteps – as we read.

In a recent interview, Mantel described herself as ‘skinless’, feeling memories and presences with peculiar intensity; she speculated that if she hadn’t been a writer, maybe she would have turned out like Alison, the performing medium from her 2005 novel Beyond Black. Mantel might not be channelling the dead, but she does a chillingly fine job of channelling the living.