Living on fans: The Art of Asking by Amanda Palmer

Amanda Palmer’s new book, The Art of Asking came out last week, and it’s exactly what you might expect of the singer-songwriter and blogger: earnest, bombastic and likely to inspire a wealth of opinions. Based upon her 2013 TED talk of the same name, Palmer’s book is an explication of the philosophy that she claims underpins her music distribution model, and by extension, her relationship with her fans. If an artist’s relationship with their community and fanbase is strong enough and deep enough, both artist and community members will feel able to freely ask each other for whatever they need, and they will receive. The idea is that everyone has something to offer – whether it’s art, love, money, a couch on which to sleep, or a venue at which to play a gig – and at different times in our lives, we’ll all be giving and receiving in different ways, in a circle-of-life type arrangement.

In her book, Palmer describes her journey of learning what it means to ‘ask’ as an artist and a human being through a range of interweaving stories. We learn about how she met and fell in love with her husband, Neil Gaiman, and the time it took her to learn how to ask her partner what she needed; the story of her best friend Anthony, and the ways in which they give and receive from each other; and of course, her own artistic journey from street performer to international rock star. 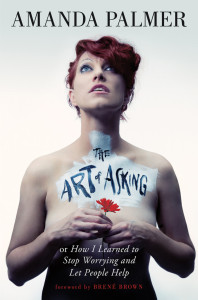 Palmer started performing in her early twenties, busking as a human statue in Harvard Square, Boston. Dressed as a bride with her face painted white, Palmer stood perfectly still for hours until a stranger dropped a coin or bill in the vase at her feet, and she’d present them with a flower from the bouquet she was holding. She made enough money to live on for five years, even though only a small percentage of the people who walked by her in a day stopped to leave money. Her conclusion: there will always be a small yet consistent proportion of the population who are willing to pay for art without being forced to.

Years later, Palmer decided to put what she’d learned as ‘the bride’ into practice as a musician. After leaving her record label (with whom she’d released two albums with The Dresden Dolls and one solo record) in 2010, she released a short album, Amanda Palmer Performs the Popular Hits of Radiohead on her Magical Ukulele, which was available to download on her website for free (fans could donate money to her if they wanted). This model of releasing her art – giving it away, and asking for money without dictating how much, rather like busking – set the tone for the Kickstarter campaign she would soon launch in order to fundraise for another full-length studio album. She was hoping to raise $100,000; she raised nearly US$1.2 million in half that time. Trusting her audience had worked: people seemed willing to pay for art, when asked in the right way.

Even if you’re not a fan of Palmer (and many people aren’t, as Chad Parkhill discussed last week) it’s hard not to appreciate her insistence in The Art of Asking that art is valuable, and worth paying for. What Palmer aims to change is the way this transaction takes place. Rather than enticing people to pay for music through marketing campaigns and radio play, Palmer is interested in connecting with her fans, becoming friends with them, and creating a system of exchange within the community that is formed. This means that art is not often payed for with money. Palmer throws free impromptu gigs all the time (she calls them ‘ninja gigs’ and usually announces them over Twitter just a few hours in advance) in exchange for people turning up to have a good time. If they want, fans can offer money, or accommodation, or food, or hugs. Palmer’s become good friends with many of her fans over the years, and her advice for artists in her book is to not be afraid of truly connecting with people – it’s the only way that art can be sustained. She also offers ticketed gigs, and usually hangs around for hours afterwards to meet people, swap stories and form friendships.

If you’re not particularly familiar with Palmer’s music or wouldn’t call yourself part of her ‘community’ of fans, I imagine you might find her constant references to peace and love and art and humanity cheesy, if not downright irritating – especially when she starts waxing lyrical about how she’s so overcome with gratitude for fans who have let her couch surf that even their showerheads look ‘holy.’ Nevertheless, her attempts to redefine the way we conceptualise the exchange between artist/consumer are admirable, and are a good example of someone really trying to distribute their music honestly and in a way that respects their fanbase as friends and equals.

The one thing I struggled with was the way she distinguished between asking and begging. ‘Asking’ is dignified and allows for the possibility of the person asked saying no, whereas ‘begging’ is more like a demand. While I understood what she was saying – that artists should ask for support with grace, humility, and without expectation – Palmer didn’t address the fact that are people in society (for example, many people without homes or jobs) whose only option is what we might call begging, who don’t have the liberty of forming a ‘community’.

Palmer’s writing skills do come to the fore, though, in her articulation of the self-doubt many artists experience. In one instance, she relays the voice of the ‘Fraud Police’, a voice she’s heard in her head the length of her entire career:

We’ve been watching you, and we have evidence that you have NO IDEA WHAT YOU’RE DOING. You stand accused of the crime of completely winging it, you are guilty of making shit up as you go along, you do not actually deserve your job, we are taking everything away and we are telling EVERYBODY. 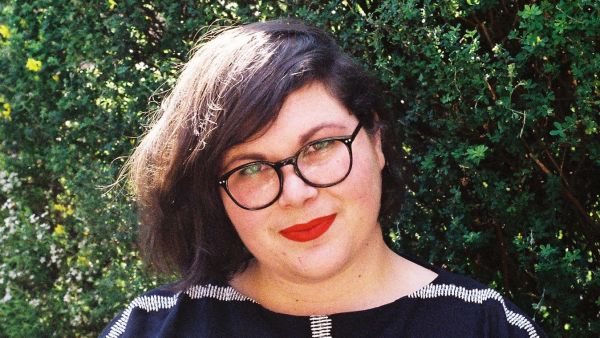 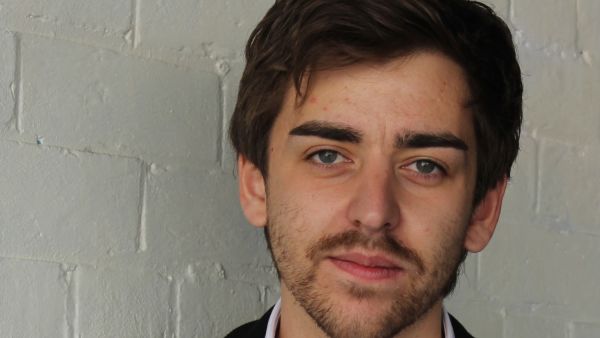