In defence of creative writing courses 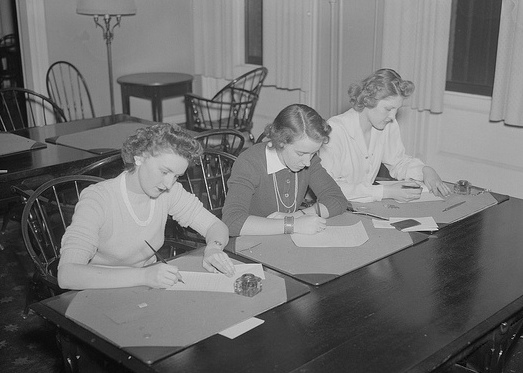 The first time I walked into a creative writing class at the University of Melbourne, I was fifteen years old. As part of the Work Experience program at my high school, Year Ten students were required to seek out a workplace that would provide us with hands-on experience of our desired vocation. I contacted one of the few poets whose writing I thought I understood, Professor Kevin Brophy, and asked if I could spend two weeks learning to do whatever it was that poets did. His voice shook with surprise, or maybe it was amusement, as he agreed to the experiment. He spent the next two weeks of the semester trying to keep me busy; allowing me to sit in on his classes and giving me a fat reader of short fiction to flip through. When I graduated from high school, I returned to the University of Melbourne to finish what I had inadvertently begun.

Creative writing courses have been routinely criticised by writers, ex-teachers, former students and literary critics since they became ‘an established fact’ (as Mark McGurl describes them in his 2009 book, The Program Era: Postwar Fiction and the Rise of Creative Writing). A quick Google news search for ‘creative writing courses’ returns recent articles from The Guardian, The Australian, The Sydney Morning Herald and The Millions, each of which argues that creative writing courses are purveyors of the literary apocalypse. Hanif Kureishi, Whitbread Prize-winning author of The Buddha of Suburbia, called creative writing courses ‘a waste of time’ at the Independent Bath Literature Festival earlier this year. Most recently, Horace Engdahl, one of the judges of the Nobel Prize for Literature, diagnosed the growing professionalisation of the writer’s profession via grants, scholarships and tertiary courses as ‘a form of sclerosis of literary creation’.

I have less than a week of classes remaining in my B.A (majoring in Creative Writing). I probably shouldn’t be wasting time on this essay. I should be focusing on the last academic essays I will ever turn in as an undergrad. But this issue presses down on me. Is it true that, as one writer put it, ‘the greatest contribution they [creative writing students] will be making to writing is providing charitable financial support to the writers who teach them’? I email my teachers and ask them to defend what they are doing. It is such a common question for them that it has lost its capacity to offend, but not its urgency. Most reply within minutes.

For Professor Kevin Brophy and Dr Tony Birch, the accusations levelled at creative writing courses reveal a misunderstanding of the aims of such courses. Birch says bluntly that ‘most people who [study] creative writing will never publish’. In much the same way that a teacher of history is not expected to ‘turn out an army of historians’, a creative writing teacher’s primary aim is not to teach their students how to write as a vocation.

If the value in creative writing courses is not measured by obvious markers of success, such as full-time employment, publications or prizes won, where is it to be found? Writes Brophy, ‘If we do not produce novelists and poets or the next big thing in games writing, we do reliably produce highly employable communicators.[1]’

Is this true? Do creative writing students know that their teachers expect them to become not the next Zadie Smith but ‘highly employable communicators’ – in other words, copywriters, journalists or PR advisors?

Earlier this year, I was interviewed on video about my writing and publishing goals. In the clip, I swing on my chair, look away from the camera and laugh.

‘I’d really like to be an academic and have an office… and get paid to scrawl on little pads of paper,’ I say, before going on to name-check literary journals I’d like my poetry to be published in.

When I watch the interview now, it makes me cringe. Not only does my job description of an academic seem more like the description of a waitress or a clerk, but I sound so young and thoughtless.

I ask several established writers if they had studied creative writing, and whether it helped (or didn’t help) them to develop their skills. Journalist and writer Benjamin Law replies that he studied creative writing for seven years at university, including a doctorate in Screen and Cultural Studies and Television writing. For Law, the most important thing about his study of creative writing was that it provided a training ground, a period in which he was given mentorship, time to write, and ‘a safe space to make many, many mistakes’.

Memoirist Lorelei Vashti describes her creative writing degree as a ‘retrospective safety blanket’. She uses her degree to convince herself that she is a ‘trained’ writer when paralysed by that inevitable side effect of writing – self-doubt. However, she believes there is an element of truth to the common accusation that university creative writing departments ‘churn out’ graduates, adding that ‘as a reader I can smell it straight away, the “creative writing student” stuff, and I just stop reading. It bores me’.

Academic, writer and Creative Writing tutor Dr Amy Brown rejects the anxiety around what she describes as ‘conveyor-belt’ writing, manufactured at the end of every semester. ‘A good creative writing course,’ she says, ‘will provide its graduates with basic techniques, concepts, historical context, time to write, readers’ feedback, and deadlines. None of these need dictate a particular form, style or ideology. In my experience as a student and teacher of creative writing, the work produced under such conditions can vary considerably – as much as the handwriting in which it’s scrawled or the voice in which it’s spoken.’

Similarly, academic and writer Dr Rebecca Giggs found that her undergraduate and post-graduate degree in creative writing taught her the qualities of ‘discipline and self-application’, as opposed to a set of rules or a prescribed writing style.

Writer and journalist Gillian Terzis did not study creative writing at tertiary level. She tells me that while she is reluctant to be dismissive of something she has never tried, she is unsure if ‘creativity can be “taught”’, though she believes it can be encouraged and that technical advice can be passed on.

As I field responses from writers, I receive an email from Professor Grant Caldwell. He, too, thinks there is something anxious and problematic about the idea of ‘teaching’ creative writing, preferring to believe that he ‘provides[s] a forum, a space of enquiry and discussion’.

By contrast, Estelle Tang asks pointedly why writing is so often singled out as a discipline which cannot be learnt: ‘Why don’t we value learning about the writing craft as much as we value, say, learning a musical instrument or anatomy or… basically anything else?’

I ask my friend and fellow creative writing major, Francesca Ohlert, why it is so hard to convince ourselves, after all this time, that writing can be taught. She points out that perhaps the problem is that we still believe in the Romantic myth of the writer as genius, as outsider, as unschooled rebel. The idea that something as dear to us as storytelling can be reduced to a series of prescribed teachings is a blow to our creative sensibilities. I agree. But then, I’m not sure whether we’ve come to this conclusion by ourselves. If anything, we might have lifted it from the pages of our first-year creative writing reader.

This demonstrates both the problems and the pleasures of creative writing courses. As a teenager who wrote mostly lying on the floor of my bedroom and randomly stumbled across my greatest teachers in the miscellanea of the family bookshelf, the sudden knowledge that there were whole classrooms of people who took reading and writing seriously was electrifying. The fact that we could read, share and learn the same texts and ideas although our writing varied wildly was even more exciting.

As a university student, I realised that not everyone who sat in my classes wanted to be a writer, or wanted it enough to really work at it. I became cynical about the raw fact that few of my peers would end up being paid for the publication of their work; something we rarely spoke about in class. But my creative writing degree was also three years in which my writing and the writing of my friends improved beyond recognition. Moreover, we learnt to not be afraid of having our work read and disliked and picked apart, and to respect each other’s work while doing the same to their work in turn. We learned to peel away our egg-shell egos and prefer criticism over praise. We learned how to read aloud to each other, and ask hard questions of each other’s work. We learned how to bounce off each other’s ambition and ideas and success. But paradoxically, as every semester came to a close, we were reminded afresh that writing is, in the end, a solitary pursuit comprised of a chair, and a desk, and an aching spine.

[1] From ‘Creative Writing: why go to university to do it?’, in Writing for the Curious: Why Study Writing (forthcoming). 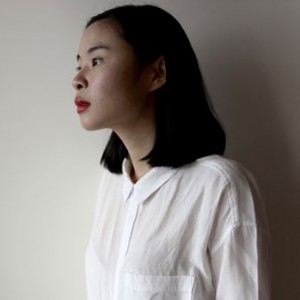 Jessica Yu is the recipient of the 2014 Young Writers Innovation Prize and the founding editor of the forthcoming interactive narrativity journal, Betanarratives. Her most recent and forthcoming poetry, fiction and nonfiction can be read in The Best Australian Poems 2014, The Lifted Brow website, Desktop, The Digital Brow, Seizure, the Meanjin blog and Right Now.