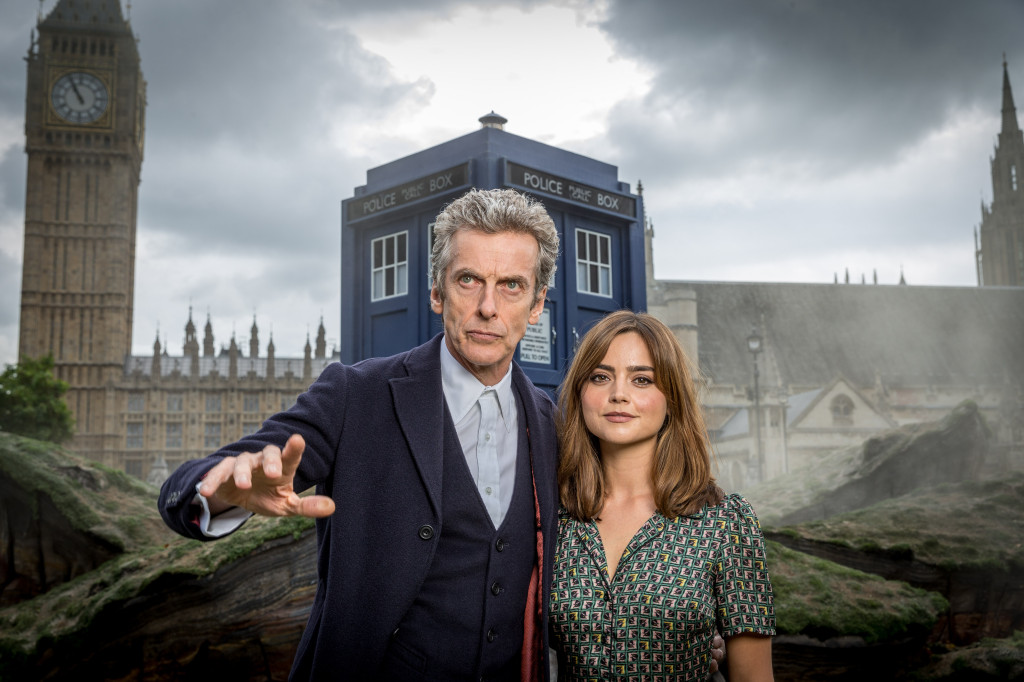 Last year, the BBC announced that Peter Capaldi would take over from Matt Smith as the Doctor for the eighth series of Doctor Who (or the thirty-fourth series if you count from the show’s inception in 1963). The change of actor was not a surprise: the Doctor is a time-travelling alien who ‘regenerates’ every few years into a different body, and has been played by twelve actors (or thirteen, depending on who you talk to – time-travel narratives can be confusing). Capaldi was in some ways an obvious choice. Not only is he an experienced and versatile actor, he’s played a myriad of roles on other BBC series, meaning that audiences are likely to recognise him as an authentically British figure. These are vital attributes for the Doctor, and for the show that has become not just a UK icon, but a type of British institution with a cult following both in the UK and around the world.

In other ways, though, Capaldi was a problematic choice. This had nothing to do with the actor himself, but rather the fact he was white and male – like every other actor who has played the Doctor. In a series where anything can happen (two of the current main characters, a human woman and an alien lizard lady, are in an inter-species, lesbian marriage), many fans asked whether it was time to cast a man of colour as the Doctor, or even a woman, in order to show that superheroes don’t, in fact, need to be white men. The fact that Capaldi was significantly older than David Tennant and Matt Smith, his two predecessors, was also worrying, primarily because the Doctor’s ‘companions’ (human friends who travel the universe with him) in recent years have been mostly young and female. How on earth were the producers going to pull off a successful friendship between a middle-aged man and a twenty-something woman, without it seeming at best patriarchal and at worst creepy?

The Doctor’s current companion is Clara Oswald (played by Jenna Coleman), a school teacher in her mid-twenties, and Capaldi will be the second Doctor she has travelled with. When she played Matt Smith’s companion, I didn’t think her character was particularly well-developed. She functioned more as a plot device or catalyst for the Doctor to learn things about himself, rather than as a character in her own right. I have written previously for KYD about the way Clara was strangely infantilised by the child-like melody that played whenever she was on screen. There were also flirtatious undertones to her relationship with Smith’s incarnation of the Doctor. I couldn’t see how Clara could continue as Capaldi’s companion unless something changed: having a child-like heroine flirting with a man old enough to be her father seemed more like a fulfilment of a strange male fantasy rather than a convincing premise for a family-friendly television series.

However, although this season had a clunky start, the producers have dealt with the gender dynamic quite well. Producer and writer Steven Moffat went to extreme lengths in the new series to make absolutely clear there would be no romance between the two. In the first episode, ‘Deep Breath’, Clara was obviously distressed by how ‘old’ the Doctor looked even though he was supposed to have a ‘new’ body after regenerating. Her confusion seemed compounded by the fact that she had fancied the previous Doctor somewhat: how was she supposed to relate the new Doctor, now that he appeared aged? Clara essentially spent the entire episode working through these feelings, and at the end, the Doctor told her that he wasn’t her boyfriend, and apologised for having potentially having acted as though that were the case in the past. Clara then hugged him in acceptance, while Capaldi as the Doctor awkwardly complained he wasn’t a ‘hugging’ person. Since then, the Doctor frequently comments on how strange and unattractive Clara is (which the audience can laugh at, since by usual human standards she’s stunning). Sometimes these comments are a bit grating, but at least there’s no way viewers can miss the point: any possibility of romantic feelings between the two has been quashed.

The upside to the somewhat ham-fisted treatment of Clara and the Doctor’s friendship is that Clara as a character has developed immensely. She seems to be own person now – generous, witty, a little controlling – rather than a catalyst for male action. Furthermore, she’s begun dating a new male character who’s been making recurring appearances on the show and may become a major character. One of my favourite aspects of the first season of Doctor Who ever – that is, the 1963 season – was that the Doctor had three companions: his granddaughter Susan, and Barbara and Ian, two human adults. Matt Smith’s Doctor also travelled with three companions: his own wife River Song, a female Time Lord, and Rory and Amy, a human couple. When the Doctor’s companions are of mixed genders and ages, greater narrative depth becomes possible, along with more complexity in the characters’ relationships. Hopefully, the new season of Doctor Who is moving into this territory.