Adventures in reality with Oliver Mol 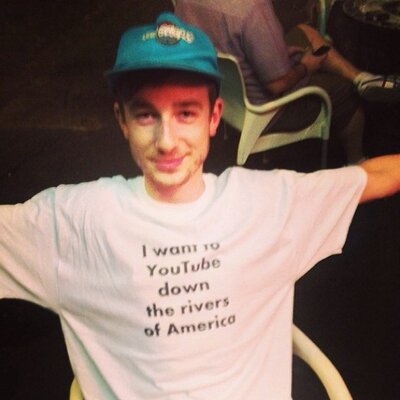 Oliver Mol is a challenging writer, his work deeply layered but so accessible it seems like some sort of trick. In person, he has a buoyant but restrained energy, an enthusiasm tempered by his laconic nature. This personality leaks into his writing, which oscillates between deadpan irony and earnest, life-affirming exaltation.

A recent piece, ‘I Bet You’re Wondering How Everything Fits Together, Like, I Bet You Think About That A Lot’, contains the line: ‘I want to put my bare ass on the cover of my book because not only will it make good promo but it speaks honestly about who I am.’

Since winning the Scribe Nonfiction Prize for Young Writers in 2013, Mol has subsequently been signed by the publisher and his first book, Lion Attack!, is due for release next year. The book is made up of fragments and short pieces of ‘sudden memoir’, interspersed throughout a longer, nominally true narrative. ‘My novel is like a big episode of Seinfeld,’ Mol says, ‘except it’s nothing like it.’

At the Melbourne Writers Festival, Mol appeared on a panel discussing Microfictions along with author and critic Angela Meyer (aka Literary Minded), chaired by Sam Cooney. The two writers have vastly different stylistic and formal approaches, but somehow their relatively rare interest in using super short narratives to explore different forms of writing align to a shared sensibility.

Mol locates his work in a tradition that stretches from Walt Whitman and extends into contemporary Alt Lit. Mol admits his work owes a great debt to the influence of the latter genre. He frequently riffs on and is inspired by the stylistic tendencies of authors like Steve Roggenbuck and Scott McClanahan. Mol is interested in combining this haphazard, internet-influenced style with images and video. Marrying these written narratives with visuals is something which hasn’t been done in any prominent Australian setting before. It’s insane, says Mol, that no publisher in Australia has been put out anything like these works – with the notable exception of Holly Childs’ No Limit (Hologram). But that’s also liberating. There is no precedent, and consequently no expected model for how this sort of work should or shouldn’t look in publication.

The majority of Mol’s solo published writing focuses on a mixture of memoir, travel and embellishment. He is also part of the Adventure Handbook, a creative collective comprised of artists, photographers, writers and assorted slashie creative types. They chronicle their adventures – both mundane and extraordinary – through a mixture of images and words which are shared online and via their Instagram.

Mol has just returned from touring the Red Centre with the group, and when I ask him about it becomes wistful and dreamy. ‘When you drive over the horizon towards the desert and you come over a hill, and then all you see around you is flat land…’ he trails off, clearly still struck by the landscape’s power even in memory. Mol is now writing about the trip for a major publication, but doesn’t feel they are expecting him to compromise his style. Travelling and writing about different spaces has always exerted a pull on Mol, though he flinches at the term ‘travel writing’. ‘People get stuck on an idea of what travel writing is – but that idea is weak,’ he says. He admires the intent behind Gonzo journalism, though he hasn’t read many of the movement’s works. Much of his recent writing takes the form of Facebook status updates posted first thing in the morning while travelling. ‘I stopped pitching for publication for a year while I wrote them,’ he says. ‘I woke up, composed it in my iPhone’s notes (which took about half an hour), then posted it to Facebook.’ Giving away free content became alluring, he says, ‘and what I was doing was good enough for me’.

When discussing the intended form of Lion Attack! with his editor and publicist at Scribe, Mol showed them examples of publications by American small presses to give an indication of the forms he was seeking to explore. They were open to these unfamiliar ideas, and accepting of his formal innovations and stylistic quirks. They didn’t necessarily have to ‘get it’, he says, ‘as long as there was a reason for it’.

Mol estimates the (nearly) finished Lion Attack! manuscript is about 70% nonfiction, and 30% fiction, although putting a precise figure on these ratios seems to defeat the point of muddying the boundary between categories. He quotes Scott McClanahan: ‘I never look at a painting and ask, “Is this painting fictional or non-fictional?” It’s just a painting.’ Why should writing be any different?

Mol sees nonfiction and fiction as terms imposed by booksellers. They’re created and perpetuated by people who create artistic constraints, in order to contextualise work within a pre-existing creative tradition. This comes back to Mol’s interest in writing in a different way. The lines have already become so blurred in various different arenas.

‘It’s like reality TV,’ says Mol. ‘You know editors are chopping up timelines and rearranging things to make a narrative. But it’s still labelled “reality”. All narratives are fictionalised somewhere along the line.’ He mentions Chekhov, Dave Eggers and Helen Garner as examples of widely known writers who interact with this locus in interesting ways.

These formal genre restrictions on truth and fiction are largely irrelevant, if not antithetical to his work. As he says, the fiction vs. nonfiction question is ‘not my problem’. What matters is that there is some sort of ‘emotional truth’ in the writing.

Mol’s advice to the audience at the Microfictions event comes to mind. ‘Just be good,’ he said. Whether this was meant as a moral or literary imperative, it evidently guides Mol’s creative approach.