Joe Swanberg’s women feel real. For example, they like to drink. Often to excess. The low-budget auteur’s critically lauded 2013 film Drinking Buddies was even set in a boutique brewery, where the wild and flirtatious manager, Kate (Olivia Wilde), drank her male workmates under the table before selecting one of them to take home to bed. A refreshing and original study in female arrested development, Kate was sexy, crass and fun, but also manipulative, spoilt and immature. She was a messy modern woman who felt so familiar; yet here was a character we’d never seen portrayed before with quite such warmth and nuance.

Now with his latest film, Happy Christmas, Swanberg (Hannah Takes the Stairs, LOL, Marriage Material) has given us a couple of other totally relatable modern women. They’re a pleasure to watch, largely because they’re so familiar in life and so rarely depicted on screen. Kelly (the wonderful New Zealand actress Melanie Lynskey, who keeps her own accent) is a one-time-novelist turned stay-at-home mother to an adorable two-year-old son. (The baby is played by Jude Swanberg, the real life son of the filmmaker, and without a doubt the most entertaining tot to ever appear on film. Honestly, he’s a star!)

Kelly is married to Jeff (Swanberg himself), a filmmaker who’s preoccupied with supporting the family. When Jeff’s volatile and irresponsible younger sister, Jenny (Anna Kendrick), breaks up with her boyfriend, she moves into the couple’s tiki-themed Chicago basement and proceeds to cause chaos. On her first night in town, Jenny goes out to a party with an old friend, Carson (Lena Dunham), and gets so passed-out drunk she has to be carried home. Then there’s the dope-smoking, the fling she starts up with the family’s babysitter-cum-drug dealer (Mark Webber), and the way she sets off the fire alarm in the middle of the night.

What really gives the story its third dimension, however, is the way the young screw-up brings vitality and companionship to the frustrated housewife. In one of the film’s most beautiful scenes, Jenny and her friend Carson are drinking and bitching in the basement. Kelly comes down ready to get angry, but instead she agrees to join them for a drink. As the younger women chew on their cocktail umbrellas, they compliment Kelly on her ‘I haven’t even had a shower’ prettiness, asking her about her former writing career. She starts to blossom, and with half a beer’s bravado, acknowledges her ambivalence about motherhood and the way she yearns for time to write. The three women eventually workshop the plot for a commercial erotic novel. (You must stay through the final credits to hear them hilariously trying out different words for male and female genitalia.)

A prolific lo-fi micro-budget filmmaker with more than 15 features under his belt (and he’s only 33), Swanberg’s improvisional methods draw heavily from life, allowing the actors to bring their own dialogue into a set of broad scenarios, with themes usually centring around sex, relationships, technology and fear of commitment.  (He’s often spoken about as a key member in the unofficial ‘mumblecore’ movement of Indie American cinema, alongside Andrew Bujalski and the Duplass brothers.)

The setting in Happy Christmas is Swanberg’s real life Chicago house, a kitsch 1970s fantasy, complete with Hawaii-themed basement. The retro look is completed by grainy 16mm film and a Dylan-esque score, but the themes are thoroughly modern. Swanberg’s own marriage to fellow filmmaker Kris Williams, with her artistic identity crisis around motherhood, provided the original idea.

In the press notes, Swanberg says he wanted to talk about ‘what it’s like for mothers who are artists, who end up becoming stay-at-home moms instead of being able to practice their art.  What feminist issues does that raise? What are the upsides and drawbacks to that?’ In another interview, this time with the Huffington Post, Swanberg asks, ‘Isn’t it shocking that in 2014…nobody can remember ever seeing a mom talk about the frustrations and pleasures of having a kid and being a mom?’ It’s not that we’ve never seen it before on screen. But it’s still rare to see it done so naturalistically and without hysteria. That’s just one of the reasons why Swanberg’s real women feel like such a relief.

Happy Christmas is currently available on VOD platforms such as iTunes (Apple TV) and Netflix. The film will also screen at the Melbourne International Film Festival on 6 and 10 August, with Joe Swanberg in attendance as a guest of the festival and a panellist in the session: Talking Pictures: Blue Movies – Sex and Sexuality. 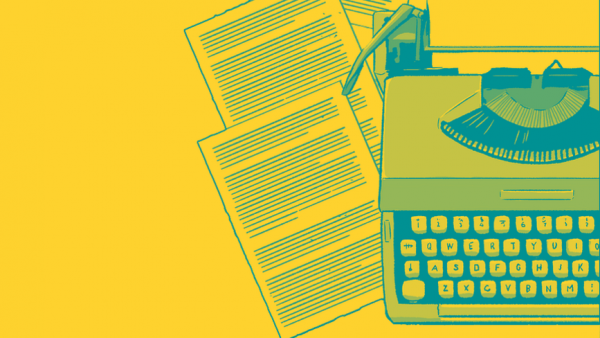