Weirdos on screen: Noah and Nymphomaniac 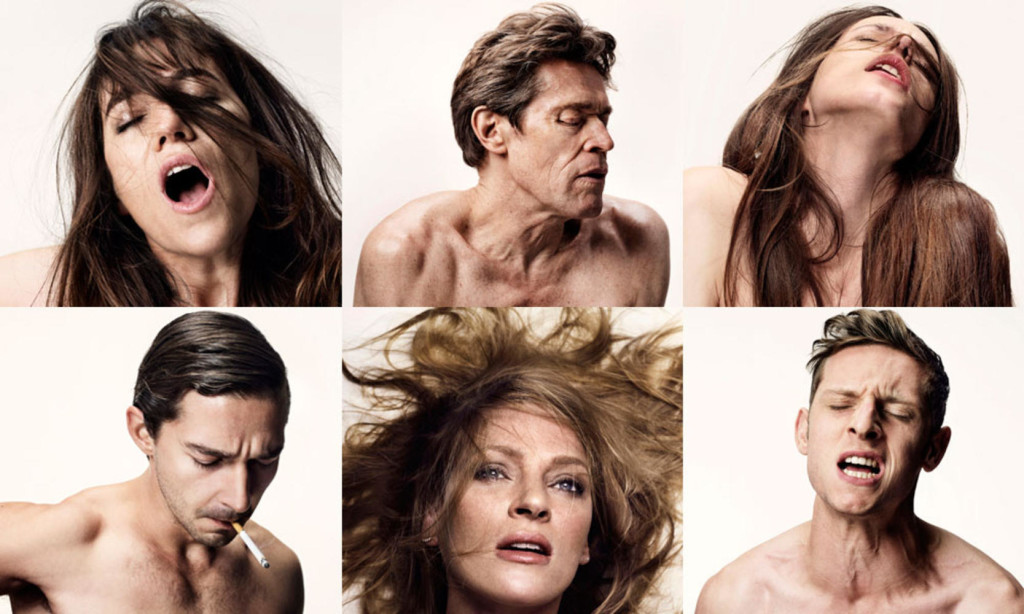 There are some filmmakers you’ll follow into the dark, no matter how bad the buzz is about their latest work. For me, naughty boy Lars von Trier (The Idiots, Breaking the Waves, Dogville, Antichrist, Melancholia) and strange kid Darren Aronofsky (Pi, Requiem for a Dream, Black Swan) are two filmmakers who can be loved or detested, but never ignored. Their films are often awkward and bizarre, I’m usually willing to be prodded and provoked by their weirdness and audacity.

Right now in cinemas you can see the workings of von Trier’s sick and twisted sense of humour in the four-hour sex epic Nymphomaniac (volumes 1 & 2 are showing together in Australia, with a brief interval to calm yourself down); and marvel at the nature of obsession, both in front of the camera and behind it, in Aronofsky’s fantastical and feverish reimagining of the biblical flood story, Noah – a story that has apparently haunted the now 45-year-old atheist director since he was a teenager.

Neither film is fully successful. If I had a gun to my head to give star ratings – such blunt critical instruments and I hate using them – both films would get a solid but unremarkable three-and-a-half-stars. They’re both wildly uneven in tone and style, getting lost in the wilderness of their own nonsense after brilliant beginnings. But there are scenes within each film that must be seen to be believed; images and sequences that will stay with you long after you’ve left the cinema – whether you want them to or not.

The most difficult scenes involve Charlotte Gainsbourg as the titular Nymphomaniac, getting bashed, whipped, raped, buggered and humiliated – most of the time because she’s directly asking for it. The R-rated film tells the story of Joe (played in her younger years by Stacy Martin, and in her middle age by Gainsbourg), a woman whose life is completely consumed by her desire for sex in all its variety. Bleeding and battered, the middle-aged Joe is rescued from a dark alleyway by a kindly monk-like scholar (Stellan Skarsgård). As he plies her with cups of tea, she tells her story, Scheherazade-like, as a series of sexual episodes, starting from ‘I discovered my cunt at the age of two’, through to her perfunctory loss of virginity (three thrusts in the vagina, five in the anus), and on and on into an increasingly dark and sticky world.

Whether Nymphomaniac is pornography or not is a whole other debate. (It’s certainly explicit, though this version excludes the non-simulated penetration apparently available in the director’s cut.) But few would argue that the most interesting aspects of the film have to do with von Trier’s playful humour, like the framing of Joe’s face by two semi-erect black penises, jousting for dominance as two African men argue about which hole each of them will take. The absurd (sometimes frankly adolescent and silly) digressions and increasingly complex interplay between Joe and her patient listener allow for an exploration of guilt, compulsion and the nature of evil, in ways we’ve never seen before.

Evil too is a central theme in Noah, where Russell Crowe gives great beard as the last good man alive, tasked by The Creator (the word ‘God’ is never used) to build an ark to save his family and the animals from the great deluge that will be sent to wipe out the rest of wicked mankind, who have destroyed the earth through their rampant greed (cue environmentalist megaphone). Using the full arsenal of CGI effects, time-lapse photography and a powerful instrumental score composed by Clint Mansell and performed by the Kronos Quartet, Aronofsky fuses creationism and evolutionary theory to create a potently beautiful and convincing pre-diluvian universe. It’s the Bible meets Game of Thrones meets Terrence Malick’s Tree of Life and it almost works for a while.

It all goes a bit weird and Dead Calm when they’re all on the boat and Noah decides that The Creator doesn’t mean for the human race to survive after all. We see here Aronofsky’s continuing romance with characters who crack themselves open in disturbing ways (most literally in The Wrestler and Black Swan) because they are driven by madness, addiction and obsession. The fact that the religious stories of Noah in the Bible and the Koran suggest none of this crazy characterisation (and contain no mention at all of absurd Transformer-like rock-monsters that appear to have wandered in from a Michael Bay film) are perhaps some of the reasons why the film has been banned in Qatar, Bahrain, the United Arab Emirates and most recently Indonesia. This Noah, embodied by Crowe, is a pure Aronofsky monster.

The most interesting pieces of art are often the messy, dirty ones; the canvases we’re not sure whether to ridicule for their lunacy or embrace for their sheer, inspired originality. I, for one, will be watching to see what these two directors do next. But you’ll never get me to revisit von Trier’s Dancer in the Dark or Aronofsky’s The Fountain. For those I’d have to be straight-jacketed and tasered.