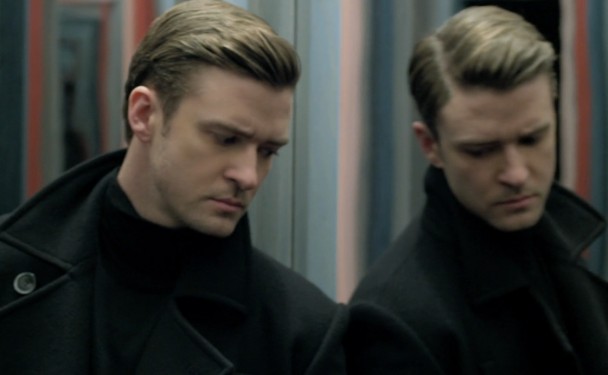 On 7 March this year, tickets went on sale for the Australian leg of Justin Timberlake’s latest tour, ‘The 20/20 Experience’. All five shows sold out in a few hours. The same day, five new shows were released, with most tickets for these rapidly selling out too. This rush for tickets came in the wake of the phenomenal sales success of Justin’s first solo release in seven years. The 20/20 Experience album was released in two parts over 2013. The first part sold almost a million copies in its first week of release, and became the biggest selling record in the US last year.

Justin’s recent career success is not unprecedented. He’s become a seemingly omnipresent force in the music industry since he first bleached his curls as part of *NSYNC back in the nineties. He may have only released three solo albums over the past twelve years (well, four, if you count last year’s records separately), but killer tracks like ‘Rock Your Body’ and ‘Señorita’ are still played on the radio, at clubs, and have, without fail, featured at every 18th/21st/wedding I’ve attended since 2002. Justin has collaborated ceaselessly with other artists, and has worked as a songwriter and producer for the likes of Beyoncé and Timbaland. He’s also acted in a bunch of films and hosted Saturday Night Live five times.

I detail Justin’s successes as an entertainer because I think they’re the only explanation for why The 20/20 Experience sold so well. It’s not that the album is musically bad; it’s just so very non-threatening, each track trailing away into a pleasant blandness that is agreeable but ultimately unmemorable.

The album’s greatest strength is its diversity of sound. Tracks slip seamlessly from disco grooves to rock-inspired riffs; from soulful electro-chill to complex horn arrangements. The whole album has a vaguely retro, nostalgic feel – the speedy-smooth beats of lead single ‘Suit and Tie’ evoke images of swilling cocktails by an indoor aquarium in a James Bond film. The 20/20 Experience seems heavily influenced by twentieth century popular music: ‘Take Back the Night’ is an ode to Michael Jackson; Freddy Mercury inspired vocal arrangements open ‘Gimme What I Don’t Know (I Want)’; Shania Twain meets Aerosmith in ‘Drink You Away’; ‘Let the Groove Get In’ is like J-Lo interpreting Latin dance music.

That’s not to say the album is a rip-off of other artists; rather, JT and his producers, Timbaland and Jerome Harmon, have drawn together a range of styles and translated them into something distinctly Justin. ‘Mirrors,’ for example, opens with a Sophie B Hawkins riff that quickly morphs into an offbeat hand-clap, harking back to Justified, JT’s first solo album.

The album’s excessive song structures and length are what underlie its aura of blandness. The combined length of the two album parts is over two and half hours, with many songs over seven minutes long and one over eleven. It’s difficult to determine where certain tracks begin and end; it often feels like several songs have been squashed into one track, or as though Justin couldn’t decide which version of the song to include on the final cut. This could be construed as experimental, but I found that the ad libbed, easy-listening outros were too similar to be memorable – I still wound up skipping prematurely to the next track (on every track) because I couldn’t be bothered waiting the songs out.

Even though none of the tracks are likely to make it onto a wedding band playlist, Justin’s attention to different types of sound (and his angelic, familiar falsetto) makes The 20/20 Experience a fun listen, if not a life-changing one. Hopefully, his extensive charisma will ensure upcoming live performances of his new songs are as energetic and memorable as his old material.