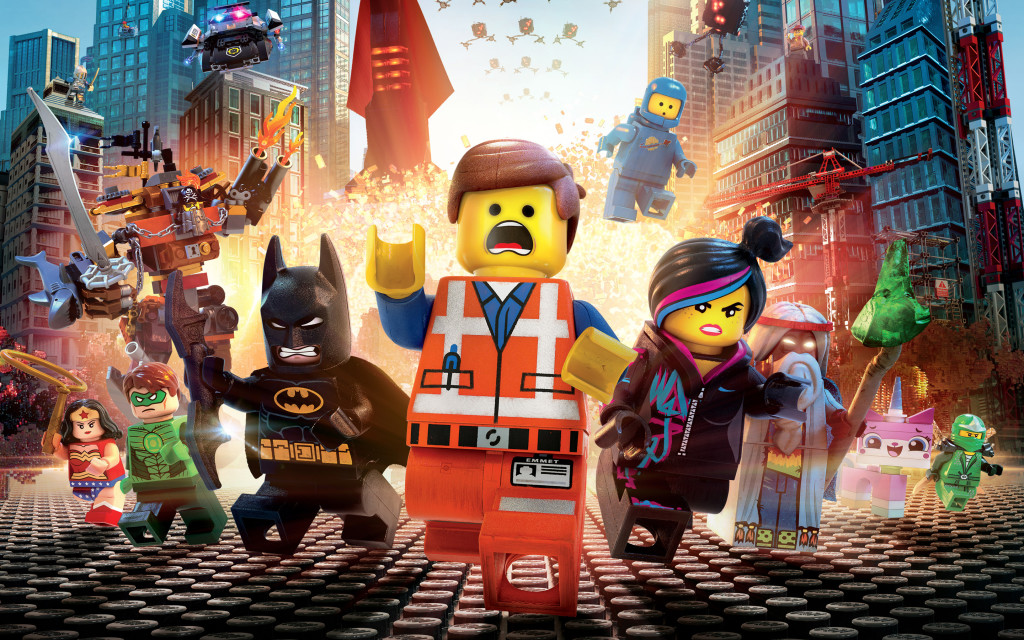 Ribbons of noisy children stretch up the stairs, trailing dropped popcorn and melting shards of choc-top. They’re following frazzled Pied Piper parents into multiplex cinemas and they’re here to watch one of a trio of current school holiday offerings: the colourful, inventive and action-packed CGI animated The Lego Movie; the cheesy but heart-warming live action puppet-based musical comedy, Muppets Most Wanted; and Mr Peabody and Sherman, Dreamworks’ latest blockbuster hit, an animation about a super-intelligent time-travelling dog and the boy he adopts.

Luckily for the poor parents and guardians, Hollywood has always known the adults are watching alongside the kids, and that to push a film into record profits (as Lego looks set to do with a global box office of $428 million and counting), you need to appeal to ‘kids of all ages’ – including those with beards, mortgages and greying hair. It’s commonplace wisdom that the most financially successful  ‘family’ films (those rated ‘G’ or ‘PG’), like the Toy Story series, Finding Nemo and most recently Frozen, are able to entertain on numerous levels, with knowing jokes and smart cultural references for the adults, combined with lovable characters, catchy tunes and happy endings for youngsters (not to mention profitable toy tie-ins).

This month’s three highly successful family-friendly offerings – Mr Peabody and Sherman, Muppets Most Wanted and The Lego Movie – also suggest that when it comes to attracting adult ticket-buyers, nostalgia is a golden drawcard. Nostalgia, that longing for the past, or for (imagined) happier, simpler times, is a key emotion in this postmodern age (remember Fredric Jameson’s Postmodernism, or, the Cultural Logic of Late Capitalism?) As adults, we long for a past version of ‘home’ and today’s kids’ movies promise to take us there, or to some candy coloured approximation of it.

In the case of Mr Peabody and Sherman, the film is based around a couple of characters first seen in the 1960s television series Rocky and Bullwinkle, reruns of which were a staple in many a Gen-Xer’s television diet. Surprisingly though, this is pretty straight kids’ fare, with a few adult jokes thrown in and a modest 90-minute running time allowing quick pump-through of little patrons.

At the other end of the spectrum, Muppets Most Wanted is an almost pure exercise in adult nostalgia, best appreciated by those who fondly remember the felt-and-button glorified glove-puppets from childhoods in the 60s, 70s and 80s. A heist movie spoof, with variety show elements, along with featured song and dance performances and cameos from award show hosts and comedians (Tina Fey, Ricky Gervais, Ty Burrell and Jemaine Clement, to name a few), there’s a lot that will go right over the kids’ heads – as it always has done with the showbiz-referencing troupe. But today’s adults will be left fondly remembering the pleasures of their own childhoods spent in front of a boxy TV, contemplating the perplexing nature of Kermit the Frog’s legs and the impossibility of sex with Miss Piggy.

The Lego Movie is a far more successful blending of contemporary kids’ entertainment and nostalgic adult enjoyment. The joy of recognition forms a solid base for much of the humour, which will be equally funny for kids and adults. Who among us did not spend hours creatively building with the now ubiquitous Danish toy, whose popularity only grows with every new franchise it accommodates, from Star Wars, to Batman, to Lord of the Rings and Harry Potter?

The Lego Movie’s CGI animation (done in Sydney by Australia’s Animal Logic) has the handmade blocky look of authentic Lego stop-motion, and while it’s bound to sell billions of dollars’ worth of moulded plastic bricks and smiling minifigs, the film is so much fun, and is made with such wit and apparent heart, that it transcends being a pure marketing exercise. It’s enough to make you sit back in awe as you realise the film is the apotheosis of late capitalism: the perfect product, appealing to all ages, synthesising ideas about creativity, individuality and conformity. Built on a nostalgia that will just keep on rejuvenating itself, this is one hell of an achievement. I want to see it again.