Girls, eat your hearts out 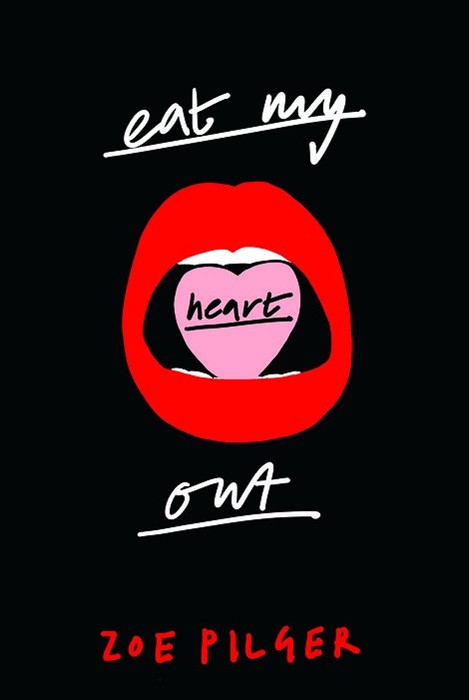 Middle class hipsters, conceptual artists and third-wave feminists have long been easy targets for mockery, so I admit that I wasn’t expecting anything too groundbreaking when I picked up Zoe Pilger’s Eat My Heart Out, a satirical romp through contemporary London that reads like a surreal mash-up of Broad City, Bridget Jones’s Diary and Less Than Zero.

Sound confusing (or just confused)? It is. And, despite its whip-smart dialogue and cutting humour, Pilger’s novel never seems to fully engage with the timely post-feminist commentary that’s obscured somewhere beneath the shit-smeared walls, collapsing blow-up mattresses and flamingo-costumed strippers that punctuate its frantic narrative.

Twenty-three-year-old Ann-Marie has dropped out of Cambridge, where ‘we only studied men who are dead. Although I didn’t really study anything because I was always drunk or high’. Newly single and convinced that falling in love will solve her problems, Ann-Marie works as a ‘door bitch’ at a London restaurant and picks up men with lines such as ‘I adopt loads of pussies from a refuge’.

But things take a bizarre turn when Ann-Marie meets Stephanie Haight, a renowned feminist who ‘must have been about sixty but the years had been injected out of her face’. Desperate to rescue Ann-Marie from the curse of her generation – ‘you’re caught between the housewife and the whore … That bloody Nigella Lawson has a lot to answer for’ – Stephanie lets Ann-Marie move in with her and makes her perform strange rituals that involve acting out ‘hyper-feminine actions’ that include ‘gathering, degradation, child-caring’.

Despite its riotously over-the-top action – Ann-Marie auditions at a strip club described as a ‘neo-burlesque social innovation start-up’; later, Stephanie shuts her in a soundproofed chamber and forces her to sing along to Beyoncé’s ‘Halo’ to ‘expunge those saccharine lyrics until they are dead to you’ – there are some particularly salient ideas here about how women are supposed to negotiate today’s confounding ‘post-post-feminist’ age. Stephanie wants Ann-Marie to claw her way free of a normatively gendered fate, but Stephanie has her own constraints and crosses to bear. She craves freedom, whereas Ann-Marie – and others of her generation – feels ‘trapped anyway, in all this freedom’. It’s an eternal conundrum, one that’s both political and personal, and it only seems harder to navigate in today’s increasingly fragmented society.

Pilger writes some brilliant dialogue (Beyoncé ‘wants girls to rule the world as long as they are sliding around in the dust wearing nothing but bikinis and sucking their forefingers’; in response to the observation that he’s changed, a character says, ‘Yeah but now I’m a hipster. No I forgot. I’m not meant to say that I’m a hipster. But I am one.’) and deftly skewers youth culture and the contemporary art scene. But it’s all so overdone (deliberately so, I think) that ultimately, it doesn’t seem to make much of a point or offer any discernable commentary.

Possibly this was part of Pilger’s intention – she stated in an interview that she ‘just wanted to open up the space of talking about feminism in a way that was accessible … feminism is about people’s real lives and is something all men and women need’. But does parody ‘open up the space’ for meaningful dialogue?

Pilger’s desire to make feminism ‘accessible’ is certainly admirable, but I’m not sure that she achieves it here with her bombastic set-pieces and predictable portrayal of the Angry Second-Wave Feminist, which surely gives yet more unnecessary airtime to a tired cultural cliché.

Eat My Heart Out is undoubtedly one of the most entertaining books I’ve read lately, but, like Ann-Marie, it careens wildly from one outrageous scenario to another without taking much meaning away from any of them.