Notes from a plane 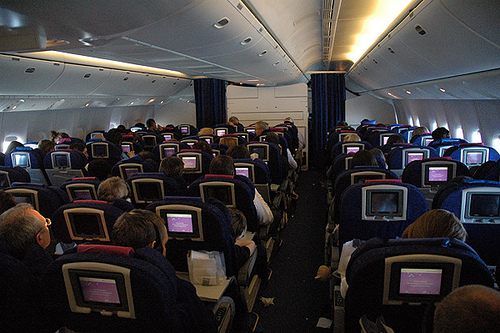 There’s an art to choosing the right film for every particular occasion, and as I nervously sit in a Qantas jet about to take off on a four-hour flight from Melbourne to Perth, the choice seems very important indeed. Choose the wrong film and I’ll be a sweating mess, feet planted into the floor as if I could bring the plane down safely by force, and desperately wondering if it might help to pray to God now, despite denying his existence for so many years.

Yes, I’m a fearful flyer, and with the ghastly disappearance of the Malaysian Airlines plane still leaking out all over the news, these are bad times for fearful flyers. But if I choose the right films for the flight, I’ll be transported out of my terror, and the hours will melt away.

Slightly more promising is The Past – a superb and engrossing relationship drama set in the outer suburbs of Paris and directed by Iranian master Asghar Farhadi (A Separation). I silently congratulate the in-flight entertainment programmer (and wonder if he wants to give me his job), but I saw The Past at last year’s Melbourne Film Festival, and besides, it’s serious and solemn and subtitled. I need something light and easy.

Enough Said hits all the right buttons. A smart romantic comedy starring Julia Louis-Dreyfuss, Catherine Keener and the late James Gandolfini, the film had rave reviews when it opened. Directed by Nicole Holofcener (Friends with Money, Please Give), it’s a funny mid-life love story about a divorced massage therapist and single mother (Louis-Dreyfuss) who befriends one of her sophisticated clients (Keener, playing an enjoyably obnoxious poet), only to find that she’s dating the woman’s ex-husband – the subject of much nasty girl-talk. Press play. I giggle while I watch, digging out salted caramel ice-cream from its little tub with a tiny plastic paddle. I do find it rather sobering that much of the plot revolves around the Gandolfini character being an overweight ‘slob’ with annoying guacamole habits, and of course knowing he died of a heart-attack not long after filming. So much for happy endings.

The flight’s only halfway over. There’s been no turbulence at all, and I’m strangely drawn to watching something difficult; a film I’d deliberately avoided at the cinema due to my very rational hatred of war films. Based on a true story, The Railway Man stars Colin Firth as an Eric Lomax, an ex-British soldier still traumatised decades after being a WWII prisoner working on the horrific Burma Railway. Tortured during captivity, Lomax seeks revenge on a particularly vicious guard, and his encounter with his former enemy is startling and powerful. Directed by Jonathan Teplitzky, this Australia/UK co-production was the top-grossing Australian film of 2013, much to everyone’s surprise. (Having Colin Firth and Nicole Kidman as its stars was never any guarantee of success, yet the film earned more than $7.5 million – a very respectable figure for a local film with a ‘dark’ story.)

Gripped, moved and enlightened, as we land quite smoothly, I muse that sometimes difficult films can be just as diverting as frothy fun fare.  Perhaps on the flight home I’ll try another challenging film – as long as it doesn’t involve plane crashes, terrorists or survival at sea.