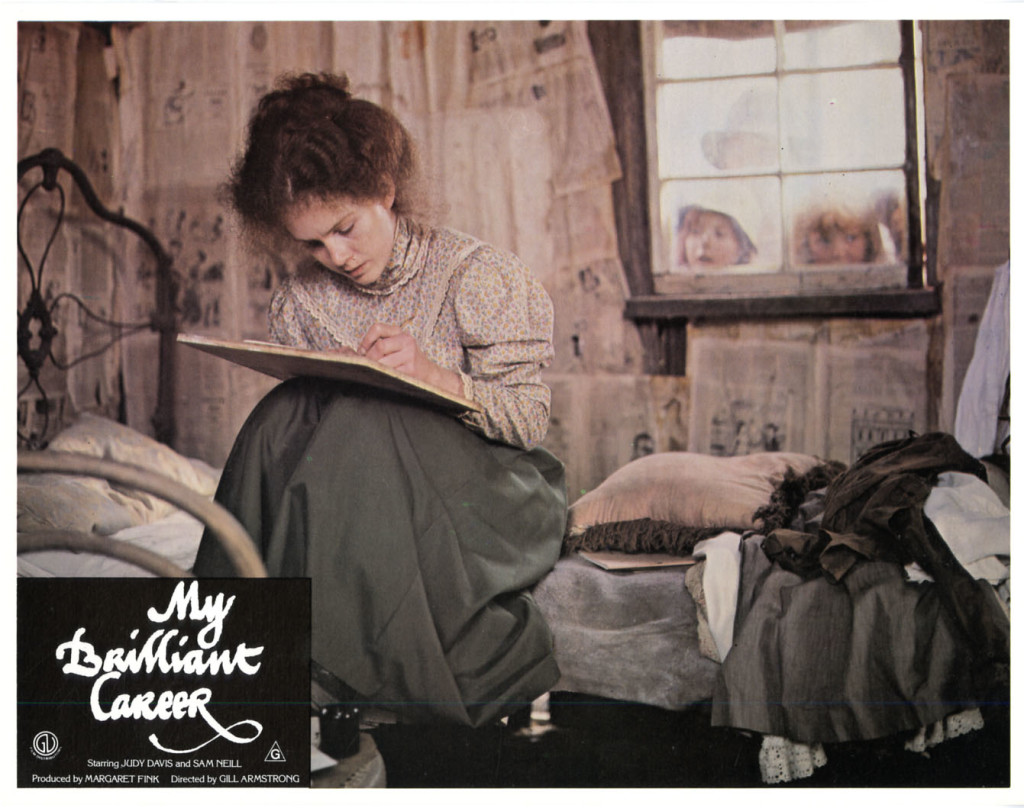 It pisses me off no end! I literally have refused to talk about it because I feel like, you don’t ask Peter Weir or Phillip Noyce about being a male director. But now it’s time to speak out again…because I can’t believe the numbers! Gillian Armstrong, in 2010, on being asked about being a female film director.

When a 29-year-old Gillian Armstrong made My Brilliant Career in 1979, she was the first woman to direct a feature-length film in Australia in over 40 years. Starring a baby-faced Judy Davis and Sam Neill, the film (which holds up well today as a feminist classic) was nominated for the Palme d’Or at Cannes and was a critical and box office success.

Armstrong, who was one of the first 12 graduates of the newly formed Australian Film and Television school in 1973, has gone on to direct local and international films, including High Tide, Little Women, Charlotte Gray and a number of superb documentaries. The fact that the 60-something director still has to agitate about the ‘issue’ of women in film makes her feel weary and frustrated – and she’s not alone.

As a film journalist covering the local industry, I’ve talked to countless female producers, directors, editors and sound designers over the years, and almost without exception, they hate going on the record about the very real sexism and gender inequities in the field. Understandably, they want to be judged on their ideas and their skills, and they don’t want to be celebrated or singled out as special cases. And yet, on the whole, they are still special cases. If the statistics tell us anything, it’s that women in key creative roles in the film industry are fighting to maintain, let alone increase, the representation at the same levels they were back in the 1970s.

Some quick factoids paint a crude but instructive picture: the last ABS figures presented by Screen Australia tell us that as of 2011, women represented 24 per cent of directors in film, TV, radio and stage. That’s one per cent less than it was 15 years earlier in 2006. Things are even more dire in Hollywood, the world’s most powerful screen industry. According to the excellent Women in Hollywood website, in 2013 women were just 16 per cent of the directors, executive producers, producers, writers, cinematographers, and editors working on the top 250 US domestic grossing films. Women directed just 6 per cent of these films and wrote 10 per cent of them. These numbers are almost identical to 2007 figures, so there’s no progress there, and it’s no surprise that blockbuster films are dominated by male perspectives, male actors and male fantasies.

This week’s Oscar celebrations saw Cate Blanchett thanking Woody Allen for continuing to tell strong female-centric stories. She used her acceptance speech to remind the industry that stories about women actually make money at the box office. Go Cate, and good on you for speaking out. But it’s tragic that the simple point still has to be made, over and over, year after year: women constitute half the population. It’s hardly radical, yet still newsworthy.

Of course all is not lost. In the interests of concluding on a high note – and celebrating International Women’s Day on Saturday 8 March – here are a few wonderful female-centred films to look out for:

Tracks: A delicate but steely Mia Wasikowska plays an obstinate loner crossing the Australian desert with her camels and her loyal dog. A spectacularly beautiful film, Tracks is based on Robyn Davidson’s account of her solo trek from Alice Springs to the Indian Ocean in 1977.

In A World: Tackling sexism in the film industry head on, Lake Bell’s indie hit is set in the deep-throated male-dominated world of Hollywood voiceover artists. Bell (who wrote and directed the film) stars as a young woman trying to find her voice in this funny, frank and fresh romantic comedy.

(Tracks and Gloria are in current release. In A World opens 3 April.)